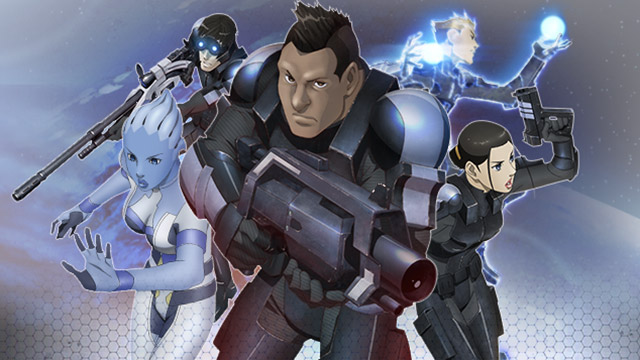 MASS EFFECT: PARAGON LOST is an animated action/ Sci-Fi film directed by Atsushi Takeuchi ( STAR WARS: THE CLONE WARS – ep: The Lair of General Grievous) with the voice talent of Freddie Prinze Jr. (I KNOW WHAT YOU DID LAST SUMMER). The film is based on the Mass Effect game franchise. The story follows the character Lieutenant James Vega who first appears in the 3rd Mass Effect game. I freaking Love the Mass Effect franchise, played all the games, read the comics, and even read the novels. Heck! Its amazing how robust the game’s back story is. I would go as far as saying that its the next greatest thing since STAR TREK and STAR WARS in terms of science fiction! So when PARAGON LOST was announced by Production I.G (GHOST IN THE SHELL, KILL BILL VOL. 1 Animation) I was super excited for it…. Maybe I should have left my exceptions at the futuristic sliding door.

MASS EFFECT: PARAGON LOST takes place in 2185 CE Placing the story after the events of the first MASS EFFECT video game during the time Shepherd (our main hero) was presumed dead during the early advents of MASS EFFECT 2. The film provides a more in-depth back story to Lieutenant James Vega and gives audiences insight as to what happened to him and Delta Squad on the plant Fehl Prime. 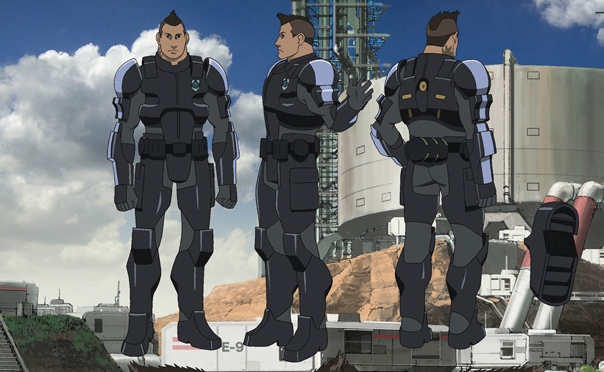 To be blunt, this film should have been called MASS WASTE OF TIME: MONEY LOST. The first problem with the film for me was the lack of connection to the characters. Sure James was in MASS EFFECT 3, but did I actually use him in the game? No! There are far more interesting characters in the game to choose from for an animation project such as this with a great animation team behind it. Then there’s the Delta Team and other characters. Instead of giving us rich developed characters that fans are use to in the Mass Effect Universe , we got cookie-cutter character types sound in a lot of mediocre anime shows. We have the annoying cocky guy, the “hot” bad-ass chick, the nerd, the forgettable guy, the annoying love interest, and just for the hell of it they even throw in a weak woman and her annoying child. Blah! The lack of originality really brought it down and definitely didn’t bring anything new or inspiring to the story. The Next problem is the art and animation itself.  The character design was super generic and at times the characters look really bad (cross-eyed, smooched face) among other problems . The CG was bland and boring and stuck out like a sore thumb. The background art wasn’t much better. The story was just mediocre at best and pretty much everything in it is something I did with Shepherd in MASS EFFECT 2 at some point. I was basically left wondering what the point of this animation was besides making a quick few bucks using the Mass Effect branding.

In the end, MASS EFFECT: PARAGON LOST was a Massive disappointment to me. As a fan I really tried to enjoy the film and went in with an open mind. It’s hard to admit that it just wasn’t any good and I don’t expect non fans to like it much either. This had a lot of potential to be really really good and epic! It saddens me that the ball was dropped on this project. As a fan of both the series and animation, I was let down.