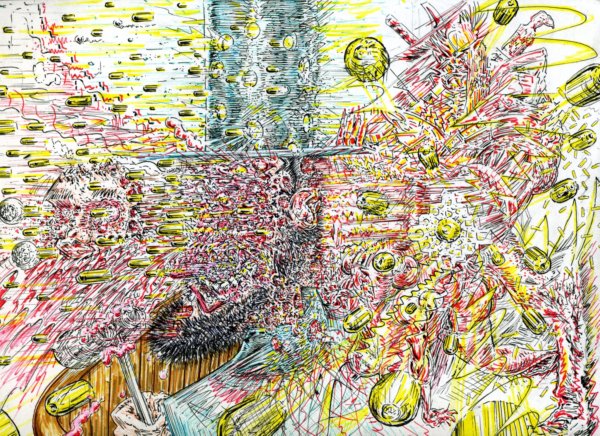 Director Steven Spielberg (WAR HORSE) returns to the historical drama genre with LINCOLN, and, as expected, does a fantastic job. LINCOLN, obviously about the 16th President of the United States Abraham Lincoln, primarily focuses on Lincoln’s life in late 1864 and early 1865. The Civil War is entering its final days but is far from over, and Lincoln has decided that his top priority is getting the 13th amendment to the constitution, which would outlaw slavery and involuntary servitude, through the House of Representatives. This is no easy task as the republicans don’t have the necessary majority to pass it without democratic help, so Lincoln and his secretary of state William Seward enlist some political operatives to help sway the vote their way. Of course, this doesn’t happen in a vacuum and Lincoln is forced to tangle not only with political rivals, but also obstinate political allies while still dealing with the continuing war and being a father and family man.

The sheer craft of LINCOLN is stunning. Spielberg opens the film with scenes of battle intercut with Lincoln talking with union soldiers both black and white, and while the white soldiers are all smiles and have adoration for the president, the black soldiers are more guarded and question Lincoln about the prospect of black officers, but are no less respectful. This juxtaposition of not only war and life but race and perception sets the tone for the entire film, because while both rivals and allies have to respect Lincoln as a seated president who has just been elected to a second term, many take umbrage with his political agenda, so throughout the movie there is a persistent feeling of conflicted hope. One of the factors that contributes to LINCOLN being a great movie is Spielberg’s ability to maintain this feeling throughout the entire film. Whether its Lincoln dealing with his eldest son wanting to join the army and the repercussions this could have on his wife and family, the choice between ending the war early with slavery continuing or prolonging the bloodshed to achieve freedom, a political ally having to wrestle with toning down his own beliefs to achieve some level of progress in his lifetime or remaining hard headed, a rival having to set aside his fears over uncertainties the 13th amendment could cause down the road, or the political operatives desperately trying to bribe, sway, or otherwise win congressman over to their cause, Spielberg never falters in maintaining the same feeling of conflicted hope and this keeps you glued to the screen the entire time. 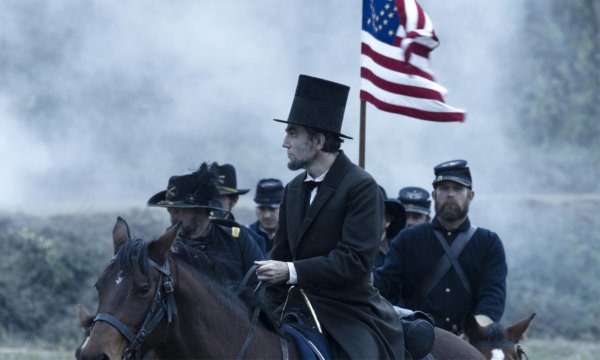 Additionally, the cinematography is gorgeous, but its also easy to overlook. With so many movies set in modern day Washington DC, it is hard to find the settings of Civil War era Washington DC as impressive, but impressive it is. Masterful camera work builds the tension in the house of representatives, impresses the comfort of the living quarters of the White House, relates the chaos of a war time telegraph office, and the intensity a president can have when presiding in his office. Amidst all these beautiful locations are some less grand but no less important ones, Spielberg is careful not to omit the horrors of war as we are given a look at soldiers hospital as well as a corpse strewn battlefield. Every scene is handled with care and the audience is pulled into the vibrant, wonderful, and sometimes eerie landscape of America in the mid 19th century.

By far, the best part of LINCOLN is the performances. Daniel Day-Lewis (THERE WILL BE BLOOD) steps in to the title role, and he doesn’t disappoint. Daniel Day-Lewis has given us two of the most memorable screen characters in Daniel Plainview from THERE WILL BE BLOOD and Bill the Butcher from GANGS OF NEW YORK but they are both very intense and overbearing, so I was quite curious to see how Day-Lewis’ would handle the role of Lincoln, and the only word I can use is masterfully. Lincoln is played with such a quite reserve, even when he is fully impassioned he comes off as a man completely in control, with a subtle voice that I had a hard time associating with Day-Lewis, a man whose voice I thought I was well familiar with given the frequency I revisit films he has starred in. Day-Lewis was both enthralling and mesmerizing as the iconic figure of Lincoln, bringing to life his quite humility and passionate dedication to what he believed in. If this role does not garner him another Oscar nomination, I will be shocked. 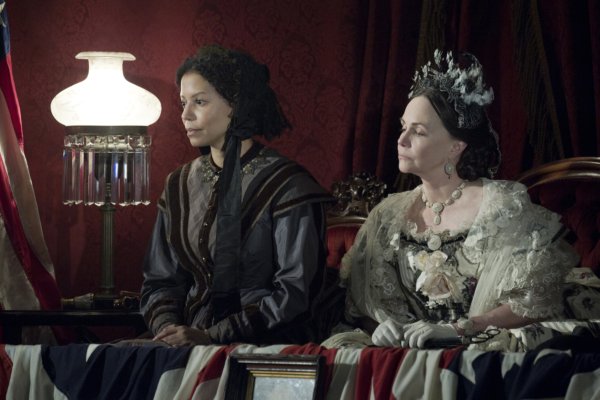 While I didn’t see a single bad performance in LINCOLN, there are certainly some that stand out. Tommy Lee Jones (NO COUNTRY FOR OLD MEN) gives one of the best performances of his career as he steals scenes portraying Thaddeus Stevens, a Republican Congressman from Pennsylvania whose power and influence were a necessity in passing the 13th amendment. James Spader (TV’s BOSTON LEGAL) is delightful as W.N. Bilbo, a political operative charged with getting Congressional Democrats to cross the aisle and support the 13th amendment. Joseph Gordon-Levitt (LOOPER) gives a heartfelt performance as Robert Lincoln, Abraham’s eldest son who wants to join the army despite the misgivings of his parents. David Strathairn (GOOD NIGHT AND GOOD LUCK) is brilliant as the shrewd William Seward, Lincoln’s Secretary of State. Lastly, Sally Field (THE AMAZING SPIDERMAN) is beyond amazing as Mary Todd Lincoln, her emotionally charged performance is a great compliment to Daniel Day-Lewis’s subtle Lincoln. While these were the most outstanding performances, the entire cast did a wonderful job and really made this movie a pleasure to watch.

LINCOLN is easily one of the best historical dramas I have ever had the good fortune to see. The compelling story, fantastic directing, and wonderful performances combine to make this one of the best movies Spielberg has ever made. If you have any interest in LINCOLN, whether historical, cinematic, or otherwise, you should certainly make a trip to the theater, because you won’t be disappointed.