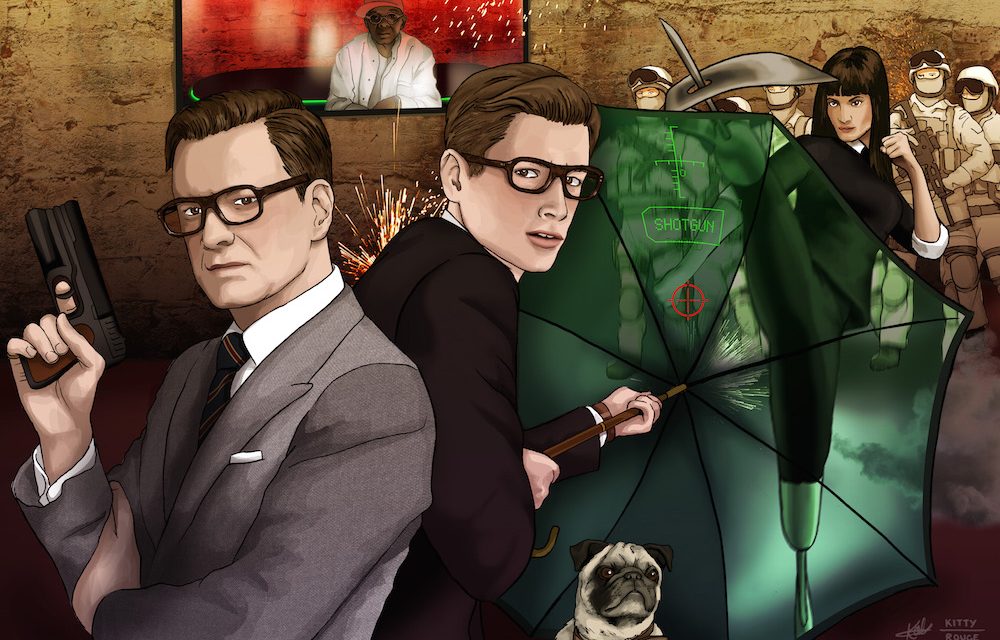 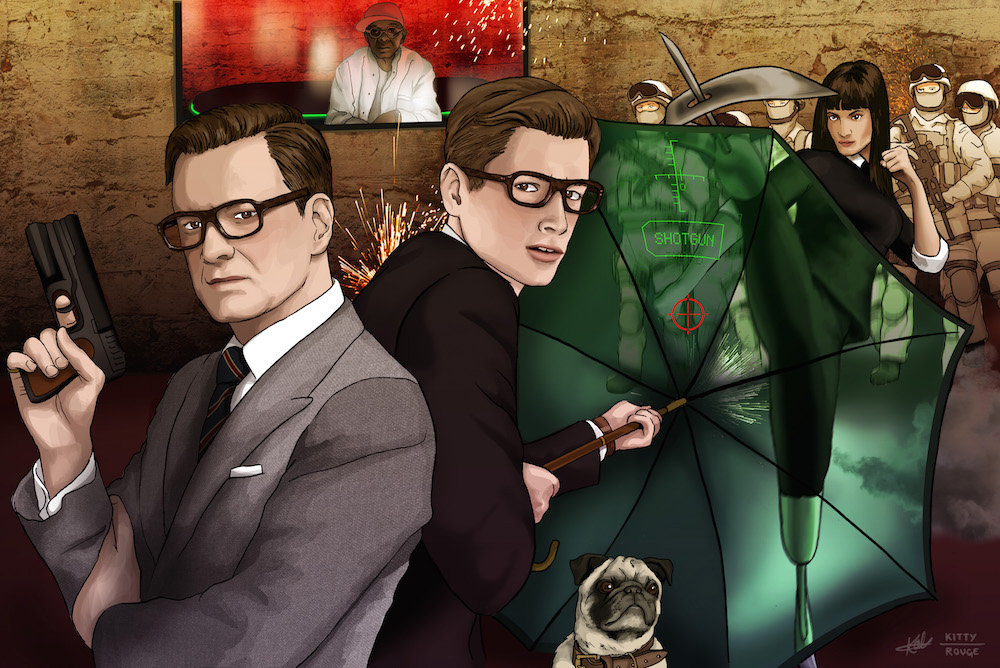 Matthew Vaughn (X-MEN: FIRST CLASS) is far more prolific as a producer than as a director, but maybe that’s just because he saves the best ideas for himself. With films like LAYER CAKE, STARDUST, AND KICK-ASS under his belt, he has one of the most solid resumes for fun popcorn movies of any working director, so it comes as little surprise that KINGSMAN: THE SECRET SERVICE is yet another fun filled movie that will keep a smile glued to your face. The movie focuses on Eggsy, a bright young man from the wrong side of the tracks with a penchant for executing mischief upon miscreants. His world gets turned upside down when Harry Hart, AKA Galahad, offers him a chance to compete for a spot in the Kingsman, a private spy organization whose goal is to neutralize the most heinous regimes, plots, and people throughout the world without dealing with any bureaucratic political red tape. While Eggsy embarks on his competitive training, Harry tries to discover who is behind a series of strange disappearances involving the world’s most prominent politicians and celebrities. As both men move closer to their goals, the stakes get progressively higher, and it isn’t long before it’s no longer just Eggsy’s future that’s on the line, but the future of the whole human race.

There isn’t an easy way to describe the KINGSMAN beyond the plot. Yes, it’s a spy movie, but it is so much more than that that it is impossible to try and critique it as a genre film. At its core, I find the film to be a brilliant fusion of British class and sophomoric humor, however it plays too well to merely be a piece of satire or a send up, despite the quirky villain, his obligatory right hand woman with a weird weapon choice, and two ludicrous crescendos of death towards the end of the film that will have you in stitches with how hilariously absurd they are. I think what the film really is, is a spy comedy that doesn’t shy away from the dark side of everyday life, while embracing the aspects of typical spy films that are just plain silly but that are almost always played straight, particularly in the Bond franchise. This approach results in a movie that is more genuine and heartfelt than the majority of films coming out of Hollywood these days, but handled with a light enough touch so that it’s still incredibly fun.

I was rather impressed with the production values of KINGSMAN. The camera work was well done without being flashy, and I particularly like the way they filmed the action, which was fast paced with some quick cuts, but not enough that they made the action hard to follow or ruined the tempo of the scenes. I was particularly impressed with how they shot the church scene, which was one of the best action sequences I’ve seen in years, as they alternated perspectives from first person to third person and cut in the perfect amount of reaction shots to build the intensity and impact of the scene. Another notable success of the production was the wardrobe department. The film boasts a wide stable of characters who come from various walks of life including politics, business, silicon valley, royalty, urban, and college professors. Despite this variety in demographic, every outfit on screen looks perfectly appropriate for the character, even when ranging from stylish to sloppy, and that attention to detail does a great deal to heightening the film’s tone.

What really made KINGSMAN fun was the wonderful cast. Taron Egerton (TV’s THE SMOKE) steps into the role of Eggsy, and he delivers a solid performance. Egerton is spot on as a cocky, rough around the edges kid who has a good heart, and he has enough presence to keep your attention, making him a great choice for the role. The part of Harry Hart is played by Colin Firth (THE KING’S SPEECH) and it’s a blast to see this serious actor cut loose with such a humorous role. Firth is always great at portraying the British upper crust, and it’s a treat to see him couple that with ass kicking and humor, delivering a performance that is more fun than should be allowed. Valentine, the squeamish, lisping villain is portrayed by Samuel L. Jackson (CAPTAIN AMERICA: THE WINTER SOLDIER) and he is a riot. Jackson has an amazing acting talent honed over decades, but you can tell he still loves having fun with the characters he portrays and it was a blast to see him cut loose as a villain who can’t stand the sight of blood and who abhors any violence that he is forced to do with his own hands, giving us a character that is laughable but undeniably evil. Sophia Cookson (TV’s MOONFLEET) takes on the role of Roxy, Eggsy’s friend and rival in the Kingsman training program. This is the first I’ve seen of Cookson, and while I wish she was playing a more developed character, she did a nice job portraying a bright, motivated woman. Mark Strong (TV’s LOW WINTER SUN) is one of those character actors who always seems to be spot on. He takes on the role of Merlin, the second in command and head logistics man of Kingsman, and he infuses the character with the right amount of arrogance and pragmatism to create a very believable and realistic character.

Besides the principles, there were a few less prominent roles that really helped elevate the film. Mark Hamill (have you been living under a rock?) plays Professor Arnold, and he’s a treasure to the film. Hamill delivers a terrific performance of a man who is out of his depth but well meaning, and he does it so well that he effortlessly steals every scene he’s in. Stepping into the role of Gazelle, Valentine’s limb lacking enforcer, is Sofia Boutella, and she is great as the quiet, murdering sociopath. What I really like about Boutella’s performance is that she doesn’t overdo the role, rather she allows her actions and subtly to create the perfect henchman persona, one of mindfulness and obedience. Lastly, Michael Caine (THE DARK KNIGHT RISES) fills the role of Arthur, head of the Kingsman. This is a perfect role for Caine as he is adept at portraying authority figures with a human touch, and he is his usual delightful self as the reluctant to modernize Arthur.

There may be a fair amount of ridiculousness in KINGSMAN: THE SECRET SERVICE, but it is tempered with classic British sensibilities which allows it to transcend and become something much more enjoyable and endearing. The film has an entertaining story, notable production values, and an outstanding cast that clearly had as much fun making this film as people will have watching it. If you are in the mood for a great popcorn movie, enjoy any kind of British humor, or simply want some action with a decent plot, then head on out to your local theatre and give KINGSMAN a watch, you’ll be glad you did.