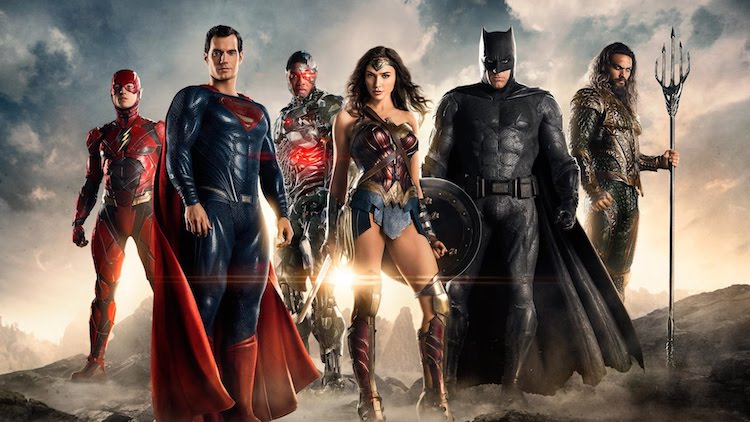 After teasing us for the past few days with brand-new footage a few seconds-at-a-time of newcomers like the Flash (Ezra Miller), Cyborg (Ray Fisher) and Aquaman (Jason Momoa), Warner Bros. finally unveiled their first full-length trailer for their upcoming JUSTICE LEAGUE movie!  Batman (Ben Affleck) and Wonder Woman (Gal Gadot) are back to beat these new metahuman recruits into shape for the upcoming battle against what looks to be the dark forces of Apokolips.  I’m sure Henry Cavill is also bumping around in the movie as a freshly-resurrected Superman at one point…it just wouldn’t be a JUSTICE LEAGUE film without him (even if he is such a wet blanket in this Cinematic Universe).

Eh…trailer looks fine, I guess?  Zack Snyder definitely does know how to set up a beautiful and iconic shot.  Some scenes look like they are pure comic book here with the team slamming into parademons like its nobody’s business.  I like the casting of J.K. Simmons as Commissioner Gordon.  Again, Affleck’s Batman is one of the more bad-ass and interesting characters on the screen.  Miller and Momoa look like they’re having a blast with these roles.  Though I hope Arthur Curry lays on some real “King of the Seas” regal-ness and intensity at some point and isn’t relegated to being Batman’s broseph like this trailer is making him out to be (as cool as that dynamic looks).  And I’ll admit: it’s hard for the “Flash running” sequences to pop when I see the character do that on a weekly basis on the CW.  Hopefully they do some really cool visuals with that power in the full film that we have yet to see on television.

And I’ll give them props for using a cover of one of my favorite Beatles tunes to help lighten up these festivities.  Actually, it was a little strange: the music and dialogue were telling me “Hey!  This JUSTICE LEAGUE movie is gonna be a blast!” but the constant cool-toned visuals and battles against an Instagram-filtered night said “Prepare for deep, dark stuff to happen.”  Fine, whatever.  Just don’t be as boring and convoluted as DAWN OF JUSTICE and we’ll be square.  I’m still curious about how the solo WONDER WOMAN film will play out more so than this.  I’m kinda burnt out on Snyder’s style and want to see other filmmaker’s approach to this material, be they masterpieces or train wrecks.