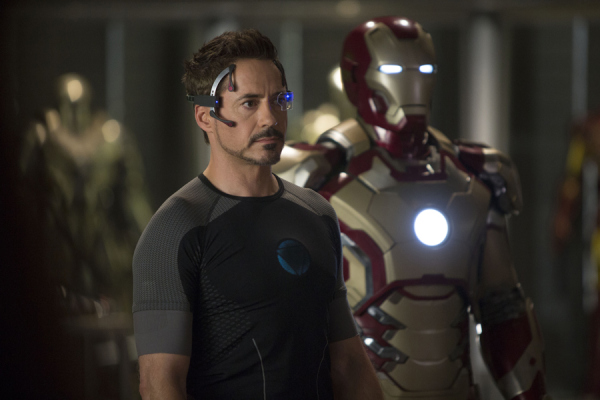 For the past week or so we have been getting very short teaser clips gearing up for the release of the new IRON MAN 3 trailer. Now that that crap is over, fans get their first real look at IRON MAN 3 in action! The film will be directed by Shane Black (KISS KISS BANG BANG) and will once again star Robert Downey Jr. (SHERLOCK HOLMES Series) as our metallic hero. First let’s take a look at the official plot synopsis and then the actual trailer:

Marvel Studios’ Iron Man 3 pits brash-but-brilliant industrialist Tony Stark/Iron Man against an enemy whose reach knows no bounds. When Stark finds his personal world destroyed at his enemy’s hands, he embarks on a harrowing quest to find those responsible. This journey, at every turn, will test his mettle. With his back against the wall, Stark is left to survive by his own devices, relying on his ingenuity and instincts to protect those closest to him. As he fights his way back, Stark discovers the answer to the question that has secretly haunted him: does the man make the suit or does the suit make the man?

Yup, this looks pretty kick ass. I’m enjoying the darker tone of this film that seems to not be afraid to beat the crap out of our main hero. I will also admit that a lot of the special effects look spectacular and should convince fans that Black will be a fine replacement for Jon Favreau who directed the first 2 installments. Count me in!