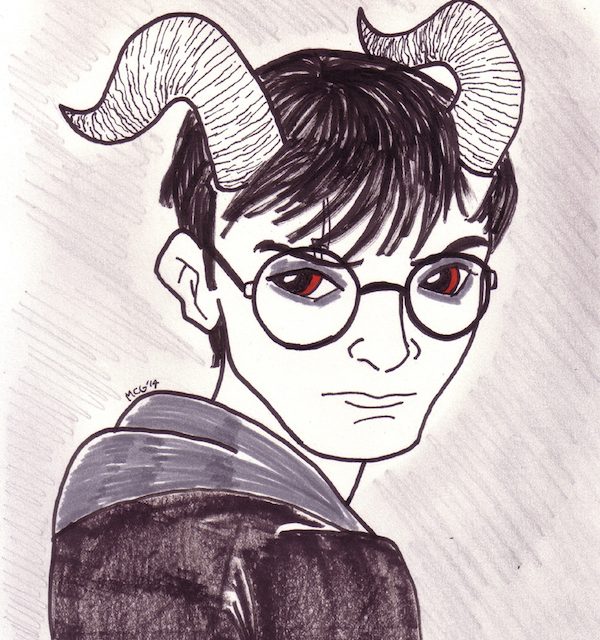 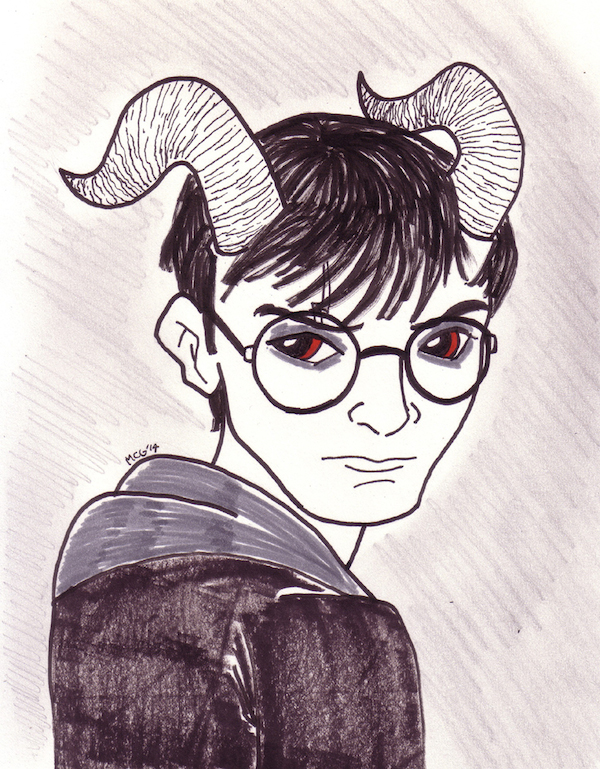 Ever wonder what Harry Potter would have been like if he had joined Slytherin, but retained his likability?  Director Alexandre Aja (PIRANHA 3D) answers those questions with HORNS: a tale of love, murder, spirituality, multiple depravities and many many snake familiars hanging around!

HORNS (based off of the 2010 Joe Hill novel) is the story of Ignatius “Ig” Perrish (Daniel Radcliffe), a young man accused of raping and killing his girlfriend Merrin Williams (Juno Temple).  Save for a few friends and his family, the entire town vilifies him and demands vengeance.  Things only get more complicated for Ig when he wakes up one morning from a drunken stupor to find a pair of horns protruding from his head.  They appear to grant him the ability to coax the deepest darkest sins and secrets out of anyone within close proximity to him as well as force them to obey whatever commands he gives them.  The horns continue to grow, snakes begin to follow him wherever he goes and Ig begins to use his new gifts in order to get Merrin’s true killer to confess.  Along the way, he willingly/unwillingly uncovers harsh truths surrounding the people closest to him…including Merrin herself.

All in all, HORNS is a fairly solid premise for a supernatural mystery-thriller.  The set up with Merrin’s murder propels the plot along well enough.  You are genuinely intrigued in discovering what exactly took place between Ig and his girlfriend as circumstances appear to not only incriminate him more, but further investigation from him reveals multiple red herrings in the form of his childhood friends and even his older brother Terry (Joe Anderson).  The problem is that when the real killer finally stands revealed…there is still about a half-hour or so of movie left.  The mystery is cut off at the legs prematurely and the remainder of the film feels more like it is winding down instead of building to a satisfying conclusion.  Granted, there are a few revelations left for the ending, but honestly if you have been paying attention to details and dialogue, they don’t come as a shock.

Also, for a story about an ordinary man literally turning into a devil, the spiritual and religious themes feel like almost an afterthought.  Sure, Ig is using the powers of Hell to do some good, but it is never fully explained as to why the powers chose him to begin with…aside from an earlier scene where, in a drunken rage, he pisses on Merrin’s memorial in the woods.  I guess the Powers That Be are suckers for sad sacks that aren’t housebroken.  And again, the conclusion appears to sweep any subtle conversations about religious themes or human morality under the rug in favor of full-on transubstantiation straight out of DOGMA that kind of left me scratching my head.  Then again, the main character is slowly turning into a DIABLO character, so perhaps subtlety isn’t called for this time.

However, despite a few confusing and long-winded scenes (particularly some needlessly long childhood flashbacks), there is still plenty to like in HORNS.  The movie really fires on all cylinders when it features scenes of Ig unintentionally making people confess to some messed up shit as well as making them do whatever he wants.  These are moments that are able to be both truly outrageous and, in the case of Ig’s family, somewhat heartbreaking.  Also, the action and effects are very good for the most part (with the exception of a pretty crappy CGI effect of Ig being set on fire).

Without a doubt, the strength of the film lies in its performances.  I feel Radcliffe has finally been able to break out of the “Potter” mold and take Ig into some very dark and vulnerable places.  He plays the character not so much as a sadistic asshole and more like a likable loser down on his luck who is finally tired of taking crap from everyone.  Juno Temple (KILLER JOE) makes the beautiful Merrin enigmatic, but also very endearing and sympathetic that you can believe a man would lose his mind and soul over her death.  Max Minghella (THE SOCIAL NETWORK) is down to Earth and supportive as Lee, Ig’s best friend and lawyer.  Joe Anderson (HERCULES) as Terry Perrish gets a really good scene to trip out on several drugs and provide a very convincing freak out.  James Remar (DJANGO UNCHAINED) shows up for a very well-executed confession scene as Ig’s father.  Even Heather Graham (THE HANGOVER) get to show her nastier side in a few scenes as a conniving waitress.

HORNS isn’t perfect by any means.  The plot can be a little confusing regarding its supernatural/spiritual aspects as well as feeling a little long in the tooth when the ending feels like it should have arrived a half-hour earlier.  But I would say it is worth a watch in order to see Daniel Radcliffe turn out some of his best post-Potter work as well as watch this cast indulge in some crazy depravities and compelling performances.  It won’t be hell to watch this film…more like a fairly enjoyable limbo.