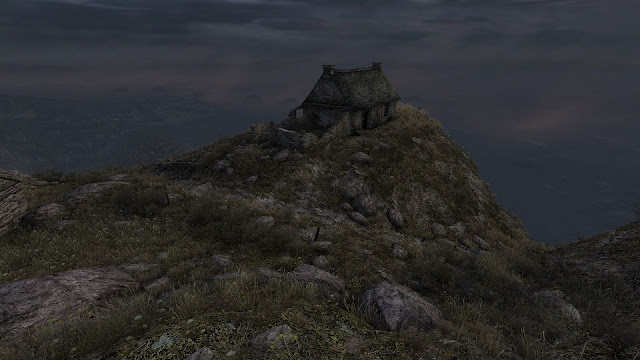 DEAR ESTHER has come a long way since its days as a HλLF-LIFE2 mod. The quiet, unassuming game—now a standalone that masterfully utilizes Valve’s Source engine—started its life under the constraints of a game whose mechanics were geared toward action and maneuverability. In its new form, DEAR ESTHER has become one of the most lush, dark, mysterious game worlds since MYST. Set on a rocky and desolate island, the game’s slowly unfolding mystery probes the caverns of one man’s love, loss, and grief.

Players take control of a nameless character who arrives on one of the island’s wharves and must navigate through a strange world to discover where and who they are. But DEAR ESTHER diverges from the typical first-person game by obviating the element of intervention. There are no physical puzzles to solve that allow access to new parts of the world. There are no weapons, no timers, no missions, no characters to talk to. Players begin the game with full access to the entire island—an island dotted sparsely by decrepit stone houses, cliff walls marked with strange chemical glyphs, and forgotten ship wreckage. The tasks are only to walk, look, and listen, and that’s what sets DEAR ESTHER apart from its contemporaries. 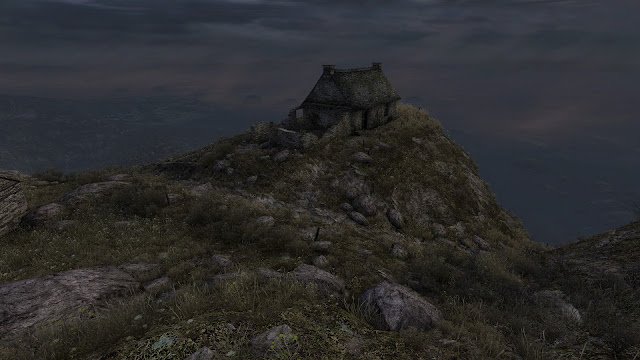 I admit that I wasn’t sold at first. The method used to pay out bits of story feels forced: periodically, randomly, an unnamed male narrator reads bits of a letter addressed to the eponymous “Esther.” It wasn’t immediately clear where the voice is coming from (was it supposed to be in my mind?) and that turned me off at first. On top of that, the writing and voice acting were pretty melodramatic.

There is no winning or losing, either. In that sense DEAR ESTHER is less a game and more an immersive story, and though I enjoyed the idea of playing a game that evoked reactions other than fear and anger, I also missed that sense of risk, of human connection and of being a part of something bigger than myself that I get from other games. But DEAR ESTHER progresses at its own deliberate pace, and it rewards only the patient player. Although I dutifully inspected the trails and inlets while rolling my eyes at the overdone writing, my own curiosity and the game’s eerie ambiance kept me going. And then, about midway through the game (it’s only about an hour long), I had a breakthrough. The story suddenly came together; the voiceovers took on a narrative purpose, arising organically from the island setting. Without my noticing, all the components had accumulated into an emotional weight that continued to build to an unexpectedly gripping climax. This, I think, is the game’s greatest feat: that it accomplishes its realization not through what transpires onscreen, but through what happens inside each player’s mind over the course of the game.

Probably the most curious part of this mystery is how such a quiet little game was brought to this point. It would seem that with the popular trends in video games these days, a game where you walk around and look at things wouldn’t be in high demand. The fact that DEAR ESTHER has been getting a fair share of attention and praise in a game culture of shooters and adventures raises the question: what is it that makes a computer game work? 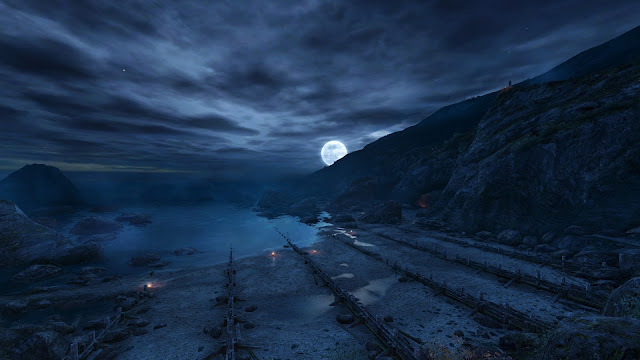 The Chinese Room, the game development studio that created DEAR ESTHER, is dedicated to testing the limits of story-driven games and pushing the medium into new territory. With DEAR ESTHER, they have made a bold attempt at tackling the question of what makes video games work, and their effort and dedication has created a memorable world. For all its lack of typical interactivity, it’s a marvel how truly immersive DEAR ESTHER is. With two brand new games in the pipeline, The Chinese Room is definitely a studio to watch. You can find out more about their game philosophy on their website.

Players of the mod version would be well advised to give this new version a try; it does away with the action-oriented mechanics of its parent game, HλLF-LIFE2, which allows the story and graphics to carry the game to a new place. DEAR ESTHER is currently only available for PC, but a Mac port has been confirmed and should be available soon.