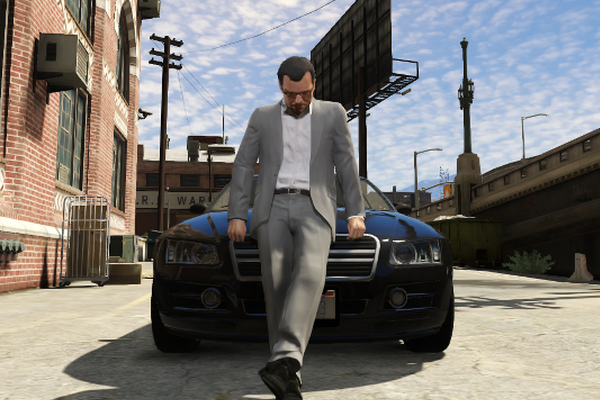 The last time we reported on GRAND THEFT AUTO V from Rockstar Games was an official trailer back in November. Since then, there have been little details here and there (cutscenes and story bits) but nothing too grand (ha!) to speak of. Until now of course. Rockstar has officially put out a quite lengthy video showcasing gameplay footage and giving audiences a much better idea as to what to expect from this ambitious title. And let me tell you, it looks amazing! First thing first. Check out the video for yourself.

Alright, so yes I was excited for this project as I am with almost all Rockstar games, but this gameplay video just pushed GRAND THEFT AUTO V to the top of my “must play” list. I would even go as far as saying this title (along with THE LAST OF US) will help tide me over until the upcoming next generation of console games. Back in the day, GRAND THEFT AUTO III for the PLAYSTATION 2 redefined what an open-world sandbox game could be. Since then, there have been numerous copycats and the “sandbox” game genre has boomed into one of the most popular to date. GRAND THEFT AUTO V really looks like it’s trying some new things here and it’s all on display in the gameplay video above. I really enjoy the fact that there are 3 main heroes to follow and that you can switch between them at any moment. Besides that there seems to be an overwhelming amount of content here. Action, adventure, any vehicle you can think of, full blown sports (Tennis!), hunting, and even deep sea exploration! Wow! My only real reservation with this game is that there will be way too much to do and see. If that’s my only complaint, I think it’s all going to work out just fine.

The icing on the cake was what looked to be an insane multiplayer aspect to this game. It was only teased however and more details are sure to follow.

You can bet your sea exploring, bank robbing, and tennis playing ass that I will pre-order and pick up this behemoth of a game on day one!