GOTHAM Season 3, First Three Episodes Review And So Much More! 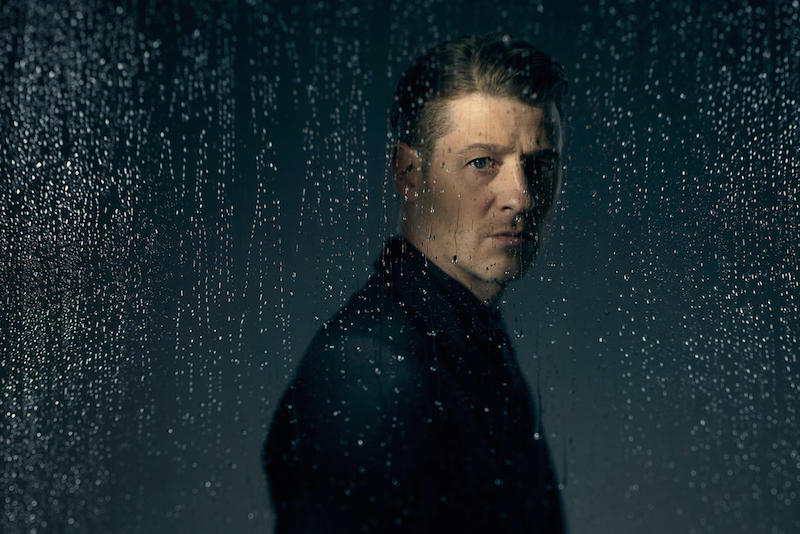 1.) We’re already a couple episodes in.

2.) Frankly, with GOTHAM…a show that throws it all at you wildly…one almost needs 3 episodes to put it in any sort of perspective.

So, I was pretty high on GOTHAM after Season 2. Ask anyone. I could slide GOTHAM into just about any conversation. I was a hit at parties. Point being, I was stoked as hell on the fresh season. All the half-human experiments of Dr. Hugo Strange running wild in the streets of Gotham. While other villains like Mr. Freeze or FireFly have fates unknown. And the Court of Owls?! What are they going to do! next!? Flash forward 6 months is the answer to that question.

Season 3 opens with Fish Mooney having rallied the monsters of Arkham Asylum/Indian Hill into forming a gang that steals drugs for her. Drugs that save her from the powers that she is using…that are also killing her. Because sometimes powers are shitty that way. Coincidently Gordon is now a bounty hunter that is capturing these gang monsters (and other Arkham escapees) for 5Gs a pop. Gordon decides to make Fish his number one priority after Penguin puts up a one million dollar bounty for her. Dead or alive. The greedy idiots of Gotham eat up Penguin’s ploy and he gains in popularity. Meanwhile, Bruce Wayne calls out the Court of Owl peeps that are all up in Wayne Enterprises. Threats are made on both ends. It’s possible pancakes were enjoyed. Who can you trust? Shrug shoulders. Cuzz you certainly can’t trust Cat Woman. She’s wearing her pants backwards, Kris-Krossing everyone. Everyone except Poison Ivy, who (long story short) gets touched by a pervy old man and is now a woman. A bunch of confusing double crosses later, and Gordon is fighting a maybe Turtle Man and not quite Man-Bat. Somehow this all leads to Fish Mooney. Who gets away. Rats! Also, there is this creepy long haired Bruce Wayne just creepin’. It is a full-tilt, take-it-to-the-limit episode that is murder bananas.

And, I have to say…it’s just too damn much. For being that hyped going into the episode, by the end I just felt fatigued. It happened somewhere around Gordon holding a Bat-Boy out the window. Not that I didn’t like the premiere. David Mazouz, the kid who plays Bruce Wayne keeps getting more Batman. Not to mention my growing man crush on Sean Pertwee who apparently is stealing my heart with every scene he steals as Alfred. Gordon is a hard-drinking, no-fucks givin’ bounty hunter. Seriously, what’s not to like?

Oh yeah, here’s what I didn’t like. Fish Mooney with powers, and her gooney monster friends. It was like Mortal Kombat/Power Rangers versions of your favorite Batman monsters…kinda…not really…maybe. Like kinda Killer Croc-y…kinda Man-Bat-y. But, then there was that weird chic that could run super-fast, but kinda looked like a zombie, or a meth-head…or a Speed-Freak (Seriously, did they just do that?). The visual aesthetic of these characters is even more over the top. Getting near Batman Forever levels. So there’s that. Also, there is no back story given to these characters, despite the costuming and powers that warrant clear questions. Without motivations, it’s just hard to get involved with the characters…and the Batman universe is nothing without it’s villains. But, here’s the thing…in an episode jim-jambo Rambo 6-packed…they still felt they could squeeze in an extra story about Barbara Gordon(who is now Harley Quinnish) and the Whip-Lady, who’s now running a night club under Penguins protection. And how Butch (Penquins muscle) got other gangsters to threaten the girls so the Whip-Lady (who Butch is in love with) will go back to him. What say what what!?!?

Now let me set the record straight. I love the broken love triangle that is Barbara, Whip-Lady, and Butch. It is tragic, botched, and beautiful. But, I have no idea why they thought they could fit it in. In an episode where every second counts, a story whose end result is to place it exactly where it started seems like something better suited further down the pike. A villain of the week episode, one where they have more room. Room that could have gone to some Mooney Monsters origins…maybe.

However, that’s GOTHAM’s thing, way too heavy on the first episode. Way too much butter. Honestly, for one of my favorite shows (And I mean that in all true sincerity), I have yet to really looooooooooove a season premiere. I think this is because GOTHAM feels the need to spotlight every character in the first episode, whether they have anything to do or not. Case in point, Poison Ivy. She is barely a character. Was she even in last season? Who cares. Her only contribution to this episode is literally being completely unlikeable and falling unbelievably into a hole. For that very reason I can see why producers would decide to age her. But, cramming an origin story of ‘the Real’ Poison Ivy into the Season Premiere seems ridiculous. And with the clarity of more episodes, I can tell you in the next episode it’s revealed she has boobs and kills people. And then she’s gone again, so why the rush?

I would say that the next episode, “Burn The Witch” course corrects the problems of the premiere. But, I really think that they just gave all the characters a little more breathing room. Killing all the annoying characters from the previous episode will do that (Seriously, giving Fish Mooney one more dimension, and suddenly she’s interesting). Which,with even more characters either killed…or caught up to…it clears the way for episode three. Classic GOTHAM. Totally Trash, Two-Fisted, Noir. Which is really just a way of me saying they went back to a more organic style of story telling, and trimmed the number of stories they were trying to tell. Classic GOTHAM.
In summation, I went from NOT to HOT in precisely three episodes. And I think I do this every season. Classic GOTHAM. I am totally ready to talk your ear off about it at the next party…