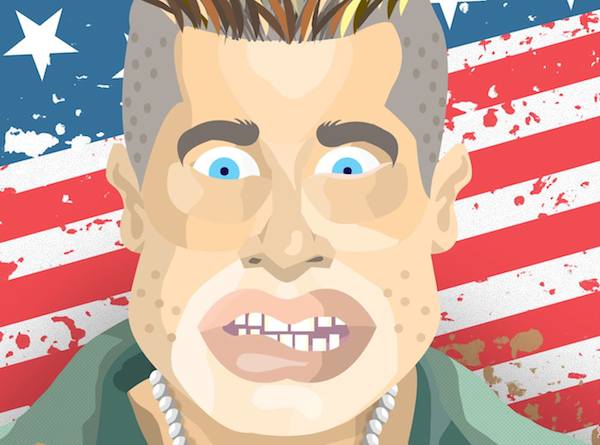 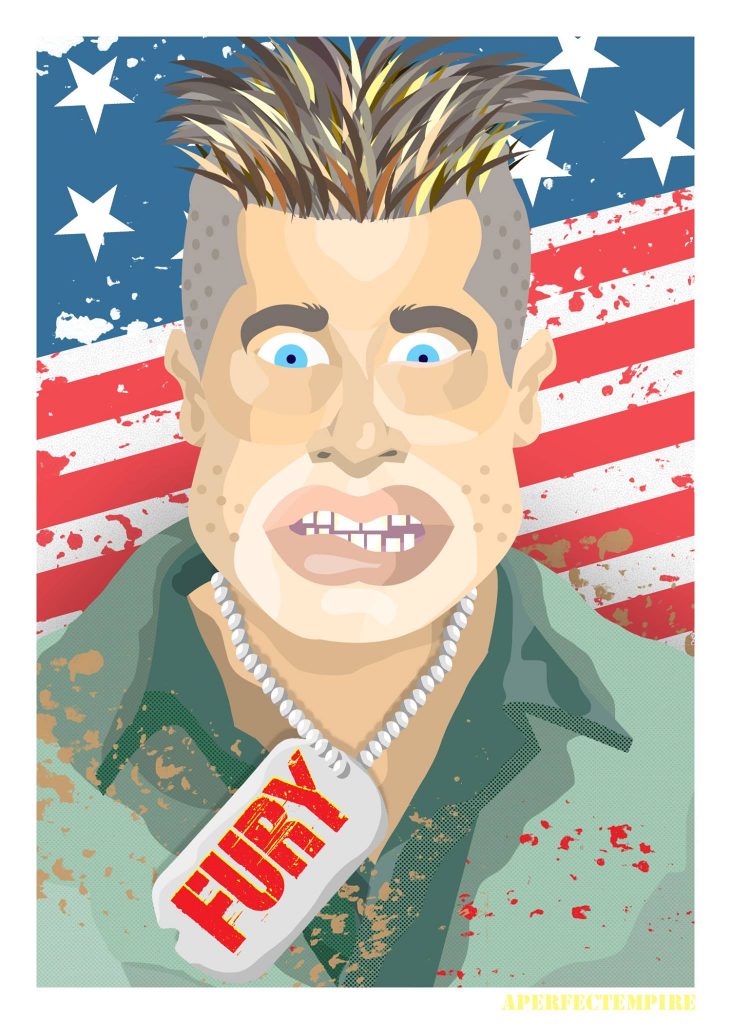 While writer/director David Ayer (END OF WATCH) is known for modern, gritty, hard hitting films, they haven’t always resonated with the box office. Ayer deviates from his modern tradition with FURY, a World War II film that follows a tank crew in the closing days of the war. Fury is an M4A3E8 class Sherman tank that is home to a tank crew that has been together since north Africa. Unfortunately, their assistant driver didn’t make it through the last battle and they get stuck with a fresh faced replacement who not only has never seen the inside of a tank, but has never been in combat. Tensions run high as the tank commander, Don “Wardaddy” Collier, tries to season the rookie, Norman, into a functioning soldier, while still trying to fight the war and keep the rest of his crew in line. Fury is sent on a mission with other tanks to stop a German flanking effort that would decimate the US supply lines and leave an entire division swinging in the wind, unfortunately, they run into a German Tiger tank and the rest of the tanks in the column are destroyed. Now, damaged and heavily outnumbered, the five man crew decide to make a stand against hundreds of SS who are determined to defend Germany until their dying breaths.

The production quality of FURY is top notch. I really enjoyed the cinematography in the film, particularly the interior tank shots, because the spatial constraints gave it a slight claustrophobic feel that added to the intensity. The film had a slightly grainy, dirty look to it that was very reminiscent of epics like SAVING PRIVATE RYAN and HBO’s BAND OF BROTHERS, which really heightens the visual experience. While the film was shot in England, they certainly did their scouting well because the setting was perfectly believable as Germany, especially the pictorial country side and abundant hedgerows. One of the coolest production features were the tanks, which all looked amazing, but the most notable one was the German Tiger in the film, as it is the first time since 1946 that an actual operational Tiger, rather than a prop tank, has been seen on screen.

The story telling in FURY is a little hit or miss. From the aspect of character study and development, the movie is amazing, quickly digging down into what makes these men tick and how each of them copes with the war. On top of that, it does an excellent job of infusing the human element into not only the principle characters, but the civilians and soldiers they meet along the way who are all trying to cope with the gut churning realities of war while clinging to whatever humanity they can. The down side of the story is that it was predictable from start to finish. I will refrain from giving details, as I don’t want to spoil the movie, but anyone even casually familiar with war films will easily be able to see what’s coming every step of the way, which is a shame, because everything else about the movie is great. My biggest disappointment with the predictability was that there were plenty of instances where they could have gone for shock value to spice up the monotony, but even that wasn’t delivered, as this was one of the tamer modern World War II movies I’ve seen when it comes to graphicness, with one notable exception early on which involves some intense imagery of the cleanup after a battle.

What really blew me away in FURY were the amazing performances. Brad Pitt (WORLD WAR Z) takes lead as Don “Wardaddy” Collier, and he does a great job in the role. Pitt has played many intense characters over the years, but it was interesting to see him tackle a man who is so single-mindedly dedicated to his purpose that he will use any means necessary, from brutality to compassion, to try and achieve it. I can’t say this is the best work I’ve ever seen Pitt do, but I would argue this is his best work in the last 5 years. Logan Lerman (THE PERKS OF BEING A WALLFLOWER) has been on and off my radar for the last few years, but every time he pops up he seems to be doing excellent work. Lerman plays Norman Ellison, the replacement joining Wardaddy’s tank crew as an assistant driver, and it’s enthralling to watch his transformation from a scared recruit into a serviceable soldier; Lerman is great at allowing his facial features to subtly convey his emotions, and that talent was especially enjoyable in this role. It’s not often that Shia LeBeouf (LAWLESS) impresses me, but he is spot on as Boyd “Bible” Swan, the religious gunner of Fury. LeBeouf brings an intriguing realism to the film by portraying a man who is both highly religious, but also perfectly at ease with killing the enemy, his religious fervor is perfectly believable and I was rather blown away but how well LeBeouf delivered such a mature performance. Michael Peña (AMERICAN HUSTLE) is one of those actors I don’t think about too often, but am always glad when he pops up in a movie, and this continues to be true with his portrayal of Trini “Gordo” Garcia, Fury’s primary driver. Peña is spot on with the role of Gordo, from the admiration in his voice when talking about Wardaddy to his less than noble attempts to cope with the war during down time, it all perfectly portrays a man who just wants to do the job in front of him and move on. Lastly, Jon Bernthal (THE WOLF OF WALL STREET) fills the role of Grady “Coon-Ass” Travis, and he does a decent job with the role. I really like Bernthal when he plays unstable people, which makes him great for the role of Grady, who has clearly seen so much of war as Fury’s loader that he’s gone a little bit around the bend. Bernthal combines insanity, anger, and dedication into a weird mix that seems perfectly at home in the steel belly of a tank.

Despite its predictable story, FURY has plenty going for it, it has a fantastic cast, boasts impressive characterization, and has some truly impressive production values. If you like war films, are a fan of any of the actors, or just want a film with some grit and intensity, then I would recommend heading out and giving FURY a watch, because this movie definitely works best on the big screen.