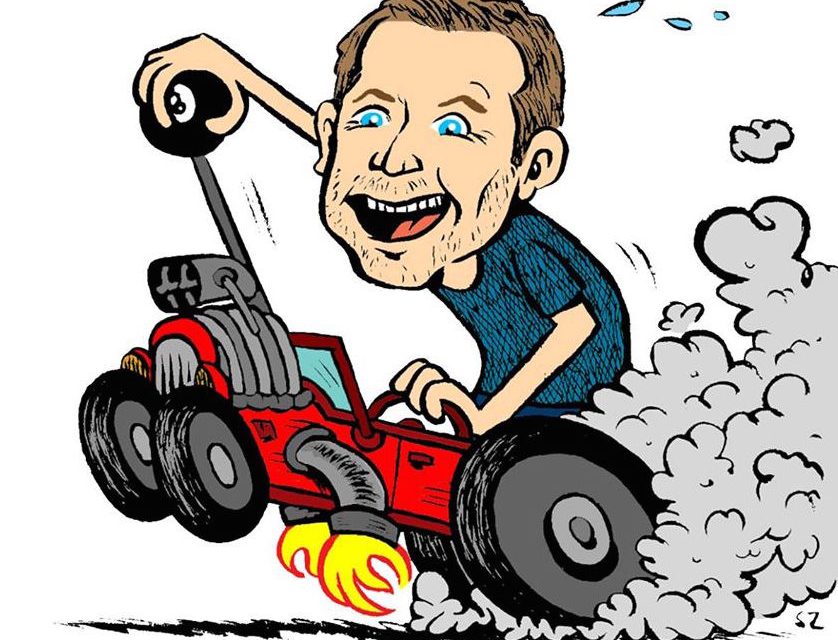 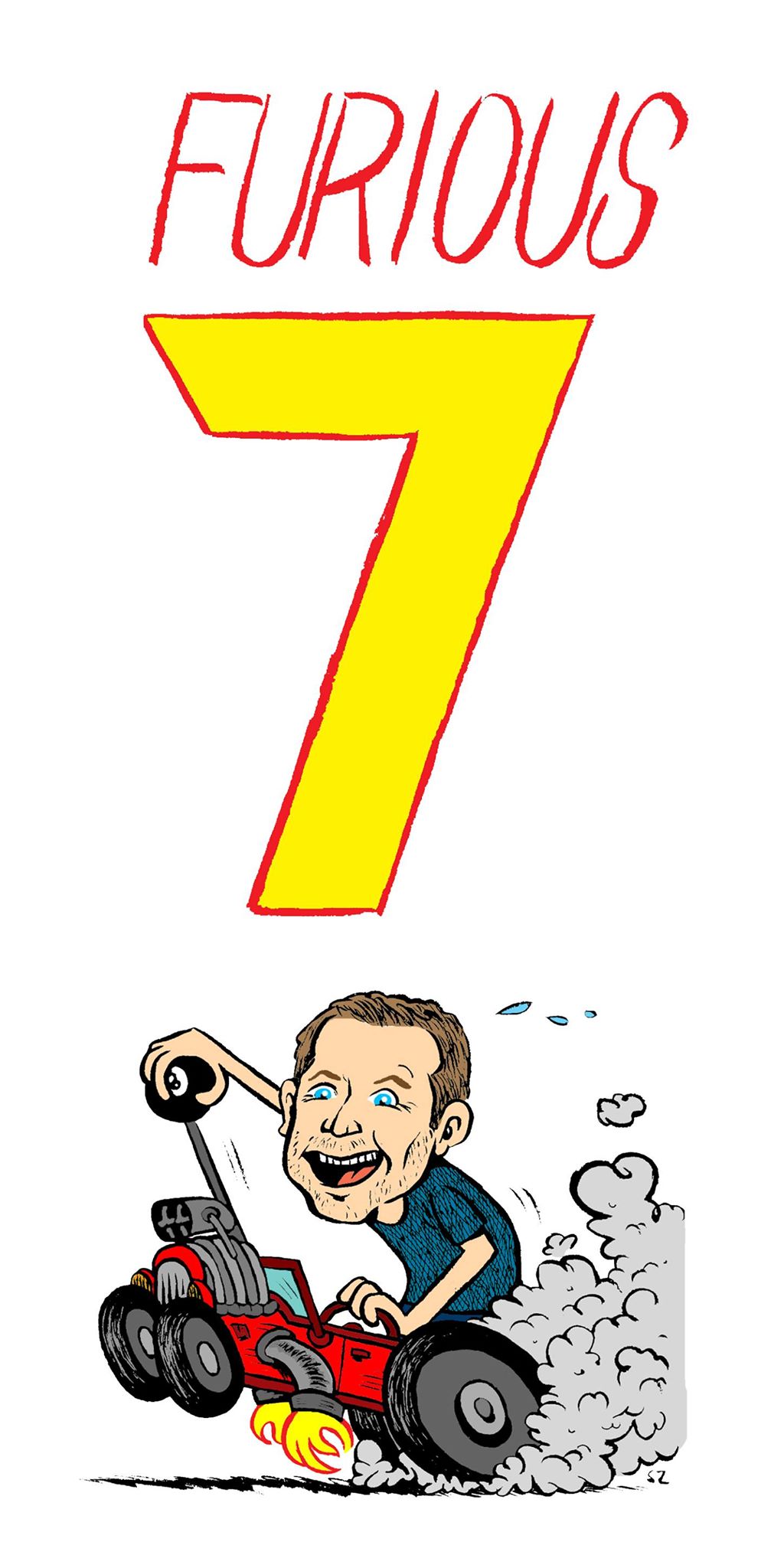 Sure I’ll admit I’ve seen all 7 FAST & FURIOUS films. I’ll even take that a bit further and say I’ve enjoyed all of them in all their nonsensical, over-sexualized, action-packed madness. And to be honest, FAST FIVE changed the game for me. The franchise went from a fun, yet mindless, series that I enjoyed revisiting and completely evolved into a mega-huge summer blockbuster tentpole that ranked high atop my “must see” list whenever they came around. FAST FIVE was THAT good. While the franchise seems to have peaked with 5, all that has followed has been a joy to watch as an action movie fan. The latest installment from the new-to-the-series director James Wan is not only a fun and exciting new installment, but also a wonderful farewell to the late Paul Walker and his character Brian O’Conner making me realize I love this series and the cast a lot more than I thought.

The FURIOUS series is a bit of a mess chronologically. If you are a purest, you will watch them all, but if you ask me, I think the best experience would be to watch the original THE FAST & THE FURIOUS, FAST & FURIOUS (4th film), FAST FIVE (best film), FAST & FURIOUS 6 (pretty cool), and the latest FURIOUS 7. Sure it’s neat to see O’Conner in 2 FAST 2 FURIOUS (2nd film) as the lead, and TOKYO DRIFT (3rd film) has some relevant backstory, but there are enough recaps between FURIOUS 6 and 7 that those aforementioned films are completely missable without skipping a beat. Maybe that’s debatable, but for my money and time, watching 1, 4, 5, 6, and then 7 works best and will provide the most cohesive story with (mostly) the same cast throughout. Wait, this is a FURIOUS 7 review…what the hell am I doing!? Let’s get into this already.

FURIOUS 7 directly ties into the events of FAST & FURIOUS 6 where our favorite crew lead by Dominic Toretto (Vin Diesel) and Brian O’Conner (Paul Walker) put the ruthless Owen Shaw (Luke Evans) in a nice comatose state after crossing paths. Well, his bent-on-revenge brother Deckard Shaw (Jason Statham) has a bit of a problem with that. Mix in one part “don’t mess with my family” (according to Shaw) with an equal measure of “Don’t mess with my family” (Dominic and gang) and you get FURIOUS 7. And it’s just as fun and mindlessly glorious as all the previous outings.

The cast here really has evolved into a tight knit family over all their various adventures. Diesel remains the anchor to the crew remaining as bad ass and stoic as ever. He really is the face of this franchise and is a big reason it all works so well. He’s all about family being whatever you make it and not just blood. This is most evident with O’Conner who married Dom’s younger sister Mia (Jordan Brewster) and has since had a child (with another on the way!). O’Conner has always struggled with settling down, and FURIOUS 7 plays that up a lot in this installment leading to a wonderful and bittersweet goodbye at the end of the film that had this nerd in tears…something I never imagined this franchise could evoke. Walker gave an outstanding performance throughout, and his sendoff at the end felt just right remaining respectful and honorary. Really great job.

Most all the other main players are back and snuggly fit back into their respective roles. Michelle Rodriguez returns as Dom’s gal-pal Letty who has a powerful “lost my memory but am gradually getting it back to see the true beauty of life” arc that works well. Brewster as Mia is a wonderful compliment to O’Conner and really helps tie up his arc and sendoff. Tyrese Gibson and Ludacris as Roman and Tej respectively provide some good old fashion self-aware comic relief. And Dwayne Johnson’s tough as nails Hobbs returns briefly yet in a truly bad ass and memorable form. That dude needs more screen time! He rocks! And a few surprises in the form of Lucas Black’s Sean Boswell from TOKYO DRIFT and freaking Kurt Russell as the mysterious Mr. Nobody add to all the awesomeness. All in all, this cast is great and works well together aging like a fine testosterone infused wine.

The bar for action sequences has been set pretty damn high for this series after some of the batshit crazy stuff that has happened in FAST FIVE and FAST & FURIOUS 6. While FURIOUS 7 does not top anything either of those films accomplished, it was a solid action experience with more than a handful of memorable moments. I especially liked how visceral and vicious Statham’s Deckard Shaw turned out to be and he really added an exciting element to this film. He meant business and when he throws down with the likes of Diesel and Johnson things get epic. And of course there were car shenanigans aplenty that will please even the most diehard of FURIOUS fans. Oh, and that battle between O’Conner and Tony Jaa’s Kiet on the bus was damn fine. I was so glad to see O’Conner kick some major ass one more time. Very cool.

FURIOUS 7 could work well as a final installment to this series (the last shot was perfect), but my money is on plenty more sequels to come. That’s ok too because FURIOUS 7 works just as well as a final chapter for O’Conner and a new horizon moving forward with the rest of the crew. And to be honest, I’m not done with Dominic, Hobbs, and the gang just yet. And there were definitely a lot of loose ends still laying around that could easily be crafted into a plot for a sequel. FURIOUS provides everything you would want out of this franchise including a fun cast full of heart, balls to the wall action, and those sweet sweet rides. While once a closet fan of the series, I know wear my badges proudly and anticipate the next chapter in the FURIOUS series more than ever. Bring on FURIOUS 8 please!