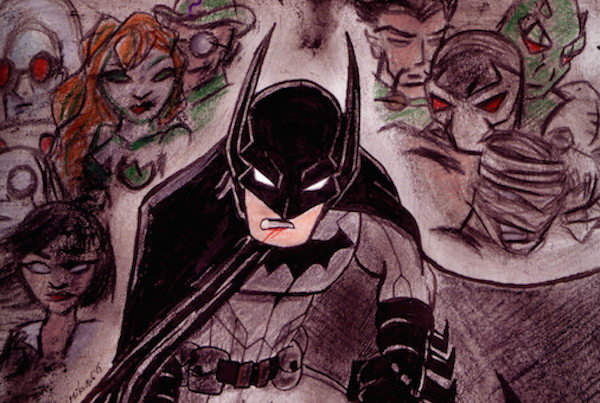 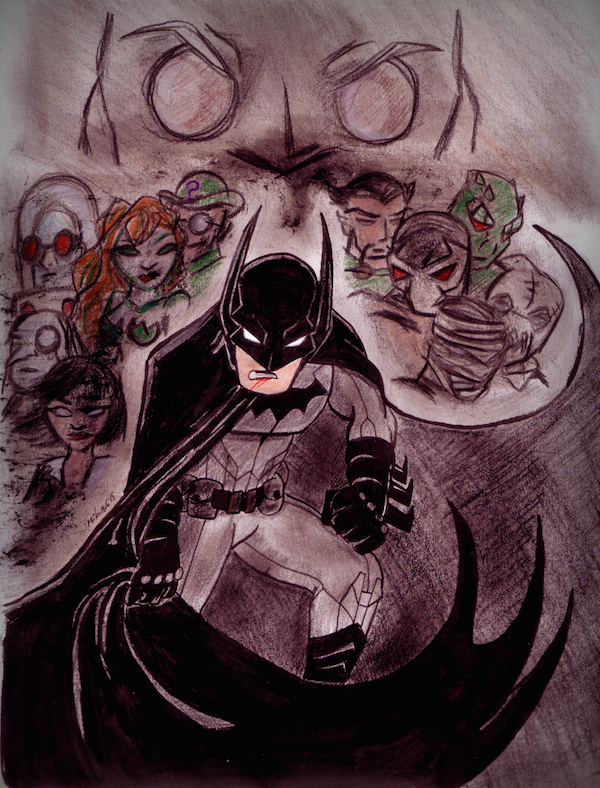 NOTE: this review may contain some fairly big SPOILERS for the series.

BATMAN ETERNAL is the latest DC Comics weekly series that started last April and just recently concluded.  It was hyped up to be a major story arc that would somehow incorporate every facet of Batman, his allies, enemies and the city of Gotham as a whole.  Dynamics would be shifted, longstanding concepts would be altered, and a wide array of characters would get their due.  With current BATMAN scribe Scott Snyder spearheading a writing team consisting of talent like Kyle Higgins (C.O.W.L.) and Tim Seeley (HACK/SLASH), ETERNAL promised a sweeping epic that would push the limits of the Bat-Family.  I mean, the opening scene of the first issue flashes forward to the conclusion showing a bloody, beaten (and unmasked!) Bruce Wayne chained to the Bat-Signal with his iconic symbol carved into his bare chest!  All the while, someone offscreen taunts him while Gotham City is engulfed in flames.  How can any Bat-Fan not be anxious to find out how it went all wrong for the Caped Crusader?

ETERNAL then proceeded to show what event kickstarted the city-wide disaster: Commissioner James Gordon makes a huge mistake while chasing thugs in the field which results in a subway explosion that kills hundreds.  This is the opportunity power-hungry politicians, lawmen and criminals have been waiting for as Gordon is incarcerated for murder and the police are stretched thin by super villains and organized crime declaring anarchy.  It isn’t long before Batman finds himself being targeted by all parties involved and he begins to suspect that someone is manipulating events in a grand scheme to destroy both the city and the Dark Knight.

It may be true that we have seen this type of story before with Batman being put to the ultimate test (“Knightfall,” “No Man’s Land”), but it feels as though this is the first time a single title has attempted to facilitate the narratives for multiple characters in one long mystery story.  Granted, some subplots feel a tad underdeveloped or even out of place (the haunting of Arkham Asylum, for example), but ultimately they serve a purpose in propelling second-tier Gotham heroes like Batwing and Jim Corrigan/Spectre through some fairly intriguing character development.  Indeed, with a year-long trajectory in mind for the book, it seems as though Batman’s supporting cast members each get a moment to shine be it re-introducing fan-favorites like Stephanie Brown/Spoiler to the New 52, integrating new characters like Harper Row/Bluebird and Alfred Pennyworth’s daughter Julia into the fold or shaking up the status quo of longstanding Bat-Folks like Selina Kyle/Catwoman by setting her on a path from cat burglar to the kingpin of Gotham City’s underworld.

Also, mainstay concepts in the mythology are changed up (Wayne Manor is made the new Arkham Asylum, Bruce Wayne’s fortune and company are quickly depleted), making Batman all the more desperate.  His list of suspects–ranging from disgraced mafioso Carmine Falcone to Ra’s al Ghul–all turn into red herrings quickly, making way for the true “mastermind” which is something of a surprise, but now thinking about it in retrospect, is pretty well built up to in the series.  It definitely plays into the theme of Batman underestimating some of his less-infamous adversaries as his sphere of influence may eclipse lesser evils that, while not as loud or bombastic as the likes of the Joker or Two-Face, are still just as deadly.

Unfortunately, the series is not without its flaws.  Again, a year is a fairly long time to stretch a mystery out over and ETERNAL would at times drag its heels (the Riddler storyline that led into the last third of the arc felt like a bit of a waste).  The multiple red herrings towards the end get a bit exasperating, some characters/subplots (such as Gordon’s psychotic son) appear and disappear without much of an explanation and the various artists brought into the project sometimes offer…um…”unusual” interpretations of the characters, to say the least (Ian Bertram’s artwork for #11 comes to mind).  Some of the momentum building up to the end of the storyline also falls a little flat due to its placement in the timeline.  While ETERNAL was being sold at the same time as the regular Bat-titles, the events in it take place before the current Joker “Endgame” story arc.  Snyder has been able to tell some incredible stories by jumping around Batman’s “New 52” continuity and filling in the gaps like he did with “Zero Year.”  But having ETERNAL’s narrative take place so close to current-day events kind of undercuts any investment for characters’ well-being as we can see them still alive and well in the regular BATMAN series.

All of these concerns aside, BATMAN ETERNAL was still a fun enough read for the past year.  The quality of the story maintained a consistent engagement for me.  Even when an issue felt a little too slow or repetitive, the cliffhanger endings would instantly have me anticipating the next week’s installment.  It truly was an ambitious storyline that tried its best to exemplify the best aspects of not only Batman, but also of his supporting cast of allies and rogues.  The final confrontation of the series is a perfect example of that as the symbol of the Bat is utilized as a rallying cry for all of Gotham’s denizens to take part in their own salvation.  Red Robin, Commissioner Gordon, Selina Kyle, Killer Croc…everyone pitches in to keep their hometown from burning to the ground.  It was an enjoyable exercise in reminding us that the Shadow of the Bat holds sway over the best (and even the worst) of us to take action when called upon.  If you’re interested in reading it for yourself, the first trade paperback is now for sale.  Catch up on this epic Dark Knight tale before the series returns from its hiatus for a second installment. 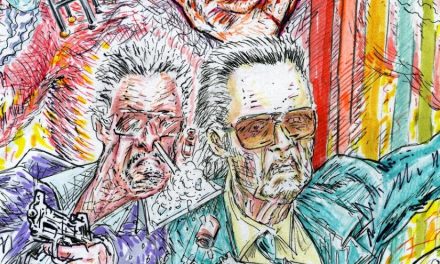 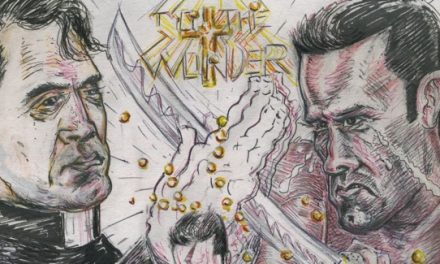 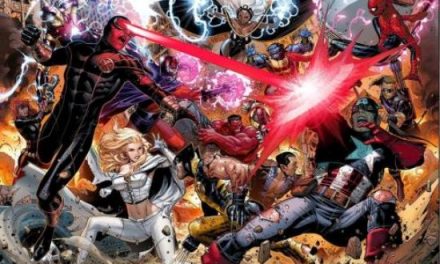