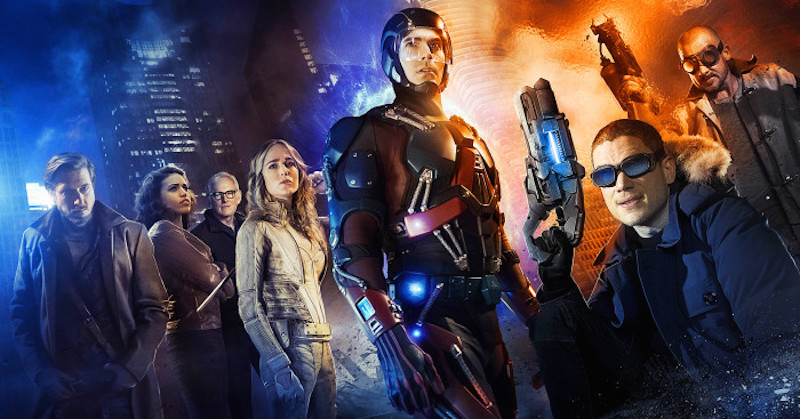 Hoo-boy!  As if the reveal of a slew of new TV shows for the Fall (including the brand-new SUPERGIRL series) wasn’t enough, DC Entertainment and the CW Network are looking to make 2016 the Year of Justice with the next installment in their shared TV universe that began with ARROW and continued into THE FLASH.  Check out this First Look at DC’s LEGENDS OF TOMORROW:

This looks like it’s gonna be a ton of fun.  You’ve got heavy-hitters like the Atom (Brandon Routh) and the Professor Stein-half of Firestorm (Victor Garber) branching out from their respective parent shows.  You’ve got the return of the original Black Canary (Caity Lotz) from ARROW in her new identity as White Canary.  You’ve got the live-action television debut of Hawkgirl (Ciara Renée).  You’ve got the charismatic Flash Rogue Captain Cold (Wentworth Miller) and his partner in crime Heat Wave (Dominic Purcell) forming an uneasy alliance with the do-gooders.  And you finally get to see Rory become a Time Lord as Arthur Darvill (DOCTOR WHO) takes on the role of DC time traveler Rip Hunter!  Heck we even get Oliver Queen (Stephen Amell) and Barry Allen (Grant Gustin) to drop by for some action as the Arrow and Flash respectively.  Looks as though the team is going to take on the immortal Vandal Savage’s evil forces in a battle that spans time itself.

Things are shaping up to be epic for DC on TV next year.  Are you ready?