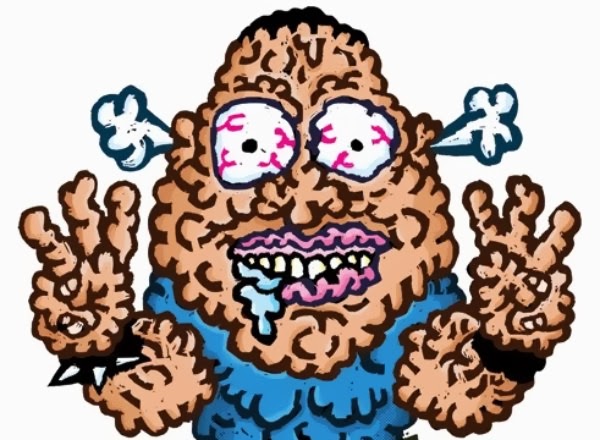 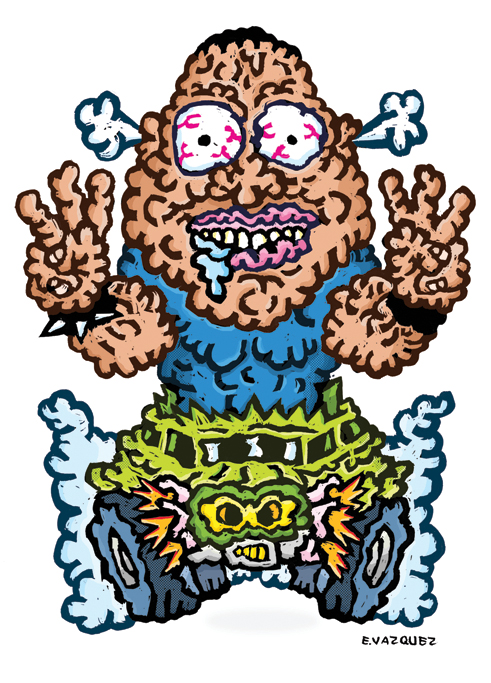 The FAST & FURIOUS series has always been the definitive “guilty pleasure” film series for myself. Yes I have seen each and every one of them in theaters, and yes I have enjoyed aspects of all of them enough to cough up my hard earned dough to see the next. Let me clarify one thing though; 2011’s FAST FIVE (the prequel to 6, duh!) kicked all kinds of ass and is the only film out of the first five that has broken the “guilty pleasure” label and upgraded fully to “awesome action film” status!  So did FAST & FURIOUS 6 continue the trend FAST FIVE could have potentially started? Nah, we’re back to “guilty pleasure” again. But hey, that’s not a bad thing at all. Really all this means is that when I talk excitedly about how cool this film turned out to be, I will have to do so with a teaspoon of guilt and a dollop of shame.

Director Justin Lin (ANNAPLOIS) returns to the series he has officially made his own since this is the fourth “FAST” film he has directed beginning with the third in the series; 2006’s THE FAST AND THE FURIOUS: TOKYO DRIFT. FAST & FURIOUS 6 continues the buddy relationship between the tough-as-nails Dominic Toretto (Vin Diesel; PITCH BLACK) and the cop-turned-outlaw Brian O’Conner (Paul Walker; RUNNING SCARED). This time around Dom, Brian, and their crew are once again teaming up with heavy duty law enforcer Hobbs (Dwayne Johnson; SNITCH) in order to take down a criminal mastermind (played by Luke Evans; IMMORTALS) who has ties to all of our heroes past including the possible survival of Dom’s main love interest Letty (Michelle Rodriguez; AVATAR). If you think that’s a spoiler don’t because I haven’t said anything the trailer didn’t already (more on that later). The story here is really nothing to be proud of. A team of six (heh) criminals from the FAST series past including Dom, Brian, Roman (Tyrese Gibson; TRANSFORMERS Series), Tej (Ludacris; GAMER), Han (FAST AND FURIOUS: TOKYO DRIFT), and Gisele (Gal Gadot; KNIGHT AND DAY) are brought together to help Hobbs take down the bad guys in exchange for full pardons all around. Besides all the main players mentioned above, we have Jordana Brewster (DARK BLUE) returning as Mia who has since given birth to Brian’s baby, and Hobb’s right hand woman Riley played by Gina Carano (HAYWIRE). The whole cast here does their thing in all it’s cheesy glory and I’d say the only character that turned out to be a snooze fest was Carano’s Riley. She’s just not a great actress and it’s painfully obvious. But please don’t tell her I said so because I’m sure she’s a fine person…and she could break my skinny ass in half! Seriously, don’t tell her. Alright, I take it back, she was great! 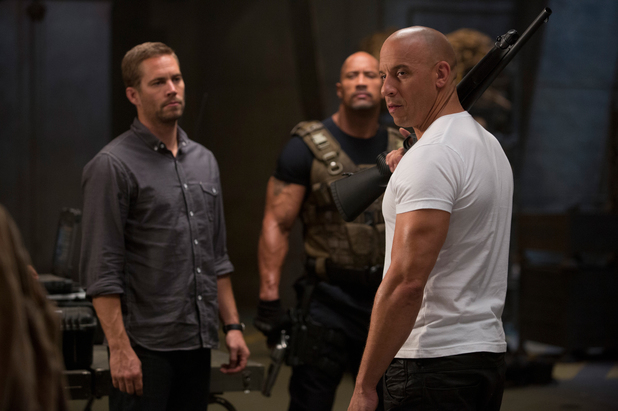 So the story is fun but predictably shallow (I’m ok with that for this series), and the actors all do just fine in an action heavy soap opera kind of way, but what about the blasted action you say!? Well that is where this series shines! My main complaint about the action was that pretty much ALL the big sequences were shown in the trailer! It really bothers me when films do this. A great trailer (argument for another day) should just tease and hint at the possibilities, not just blow their load right out the gate. Nothing really new was shown that wasn’t in the trailer so that was a bit disappointing. However, the action here IS fantastic spoiled or not. I imagine re-watching this on blu-ray once the hype has settled will be a much better experience. There are fast as hell cars that are extremely furious everywhere, huge fist fights, guns and explosives, there are tanks, there are huge airplanes, and above all, there are people jumping all over the place during the spectacle whether it be from car to car or bridge to car. In a nutshell, it’s all fantastic and loud fun. Watching these characters go through the paces together over a 6 film span has been very fun. FAST & FURIOUS 6 definitely has a handful of memorable action set pieces that people will be talking about and will demand multiple viewings. 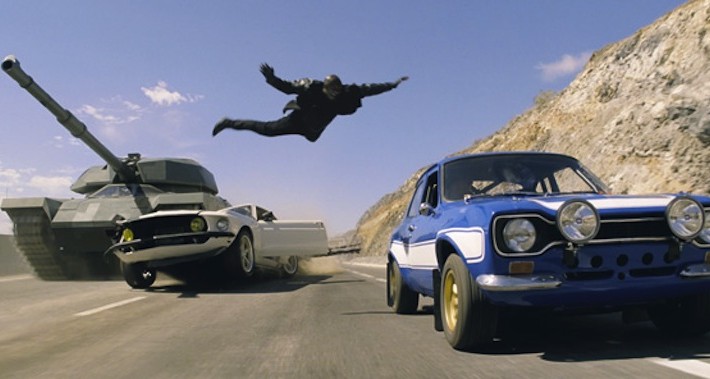 So in the end what we have here is a movie that’s really easy to make fun of if you want to be that type of person. If, on the other hand, you can check your brain at the door (some people really can’t do that!) you will discover a very fun and worthwhile action film that has a bit of humor, cheesiness, and heart tucked away in the corners. The story was fun in a bad soap opera kind of way, the characters are interesting enough to invest some emotion in their fate, and the action is over-the-top, loud, and fantastic. All of these elements combined are what make a good FAST & FURIOUS movie. Nothing more, nothing less. If you’ve seen the previous films in this series then you know what to expect. I will also admit that each time a new one of these films come out, it makes me want to revisit the old ones again to see how far the characters have come. I highly recommend you grab some buddies, get some good snacks, and head on over to your local theater to enjoy this fast paced and fun summer blockbuster.