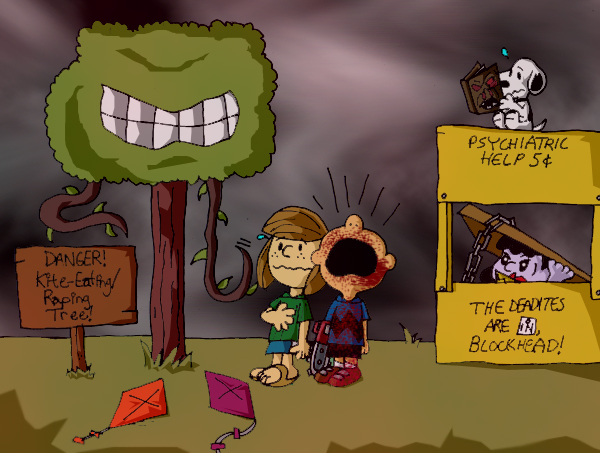 “New Zealand must have a massive shortage of red food coloring now;” that was the thought running through my head as EVIL DEAD progressed to its outrageously bloody crescendo. This remake of the 1981 horror classic is helmed by Fede Alvarez (the short film PANIC ATTACK!) who, along with Diablo Cody (YOUNG ADULT) and Rodo Sayagues (the short film PANIC ATTACK!), also wrote the script, which is based on the original story by Sam Raimi (OZ THE GREAT AND POWERFUL). The movie is about Mia, a heroin addict who has come out to the woods with her friends, Eric and Olivia, her brother, David, and his girlfriend, Natalie, to try and kick the habit cold turkey. While settling into their cabin they discover a cellar that has animal corpses hanging from the ceiling and signs of some sort of ritual that had been preformed there, as well as a book wrapped in a garbage bag and sealed with barbed wire. Eric’s curiosity gets the better of him, possibly because he is a teacher and theoretically more attracted to knowledge, and he starts to read the book, and in doing so inadvertently unleashes an evil spirit that is bent on preying on all of them. 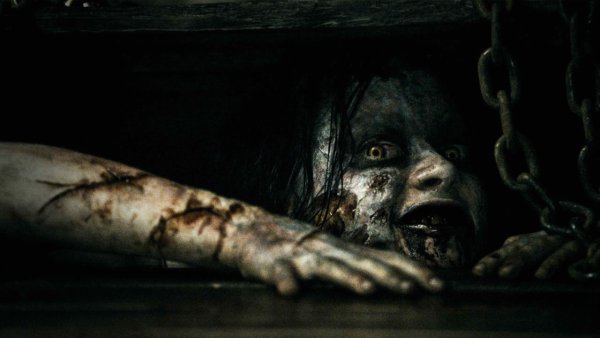 As director, Alvarez makes some interesting stylistic choices in EVIL DEAD. I was pleased with the amount of homage paid not only to the original, but also to such horror films as THE EXORCIST and THE RING. Part of the fun of the movie was sitting around with my friends afterwards and comparing notes on which references we caught. What really impressed me was the lack of auditory scares, one of the things that ruins most horror movies for me is the score being used to make me feel on edge when the story and images on the screen don’t. I believe that if you can’t make me feel squeamish with what you filmed, you shouldn’t make me squeamish at all, which brings me to one of the disappointments I had with the film; there weren’t enough scares for me. The most I jumped the entire movie was relatively early on before any of the hardcore blood and gore started up. I thought there were some missed opportunities to really freak people out, because while the ideas behind some of the instances were scary, like someone cutting their own face off, I thought that they could have been done in a more disturbing manner. My other issue with EVIL DEAD is more a matter of stylistic preference than anything that is particularly wrong with the movie. Most modern horror movies use shaky camera work and fast shots to ratchet up the intensity, and Alvarez goes this route as well. Now if you like modern horror films, this won’t be an issue for you, but I am a child of the 80’s and I cut my teeth on horror films that had steady camera work and used extended shots to build suspense and put you on edge, so I am constantly hoping for modern horror movies to use this approach and am disappointed more often than not. Despite those issues, EVIL DEAD is certainly one of the better horror movies to come out in recent years. The choice to use as little CGI as possible and do the graphic horror old school style really paid off as it gives the audience a significantly more realistic depiction of the gore and violence. The sharp quality of the film was also refreshing as I often find, even in modern horror, scenes that are under exposed or grainy but there is none of that here; I was a bit surprised when a scene I had seen in a red band trailer (the tongue scene) was significantly darker in the actual movie, but I think that was done for rating considerations and that it will be changed on DVD. 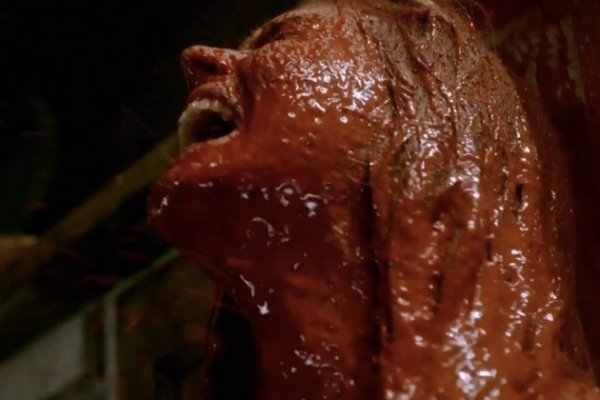 The cast of the original THE EVIL DEAD were all virtual unknowns, and while that isn’t quite the case here, as two of the actresses are regulars on TV shows, widely, this cast is off of most people’s radar, but probably not for long. Jane Levy (TV’s SUBURGATORY) stars as Mia, and she really sells it. Mia is one of the more diverse characters, going from withdrawing stoner, to panic seized victim, to demon possessed terrorizer, and through it all her intensity and emotion ring true. Mia’s brother David is played by Shiloh Fernandez (RED RIDING HOOD) and he does a decent job. Fernandez certainly handles the intensity and terror the character feels with skill, but there is a deeper doubt that is supposed to be gnawing at him that I felt wasn’t really visible in his character portrayal. Lou Taylor Pucci (THE WORLD OF LUKE) is perfect as Eric. Eric starts as an arrogant know it all and as things get worse and worse degrades into a frightened man struggling with things he never thought were possible, and every step of the way Pucci is beyond in-character and believable. Jessica Lucas (TV’s CULT) plays Olivia, and does a nice job with the role, although I wish there had been a bit more to it. Lastly, Elizabeth Blackmore (TV’s LEGEND OF THE SEEKER) plays Natalie and she helps elevate the terror and intensity of the movie with her performance. Natalie feels very much like a background character at the start of the movie, but once the insanity begins Blackmore rises to the occasion and gives us some of the most memorable scenes in the film. Overall, the cast of EVIL DEAD did a great job at breathing fresh life into a classic franchise.

While EVIL DEAD may not be the triumphant return of outstanding horror, it is certainly a great deal of fun. It boasts high quality production and an entertaining group of young actors. Additionally, it has many playful references to the original, is chock full of realistic gore, and has enough blood to flood Rhode Island. If all this sounds like your cup of tea, then head on out to the theatre and check it out, you’ll be glad you did.