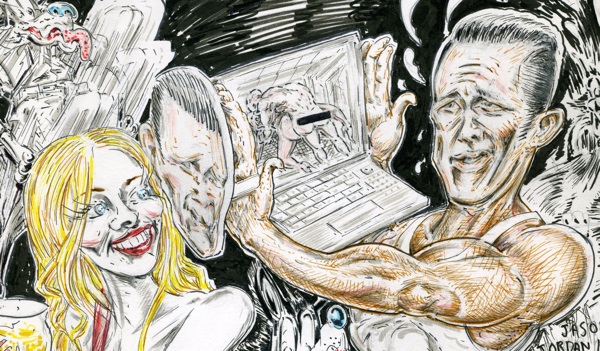 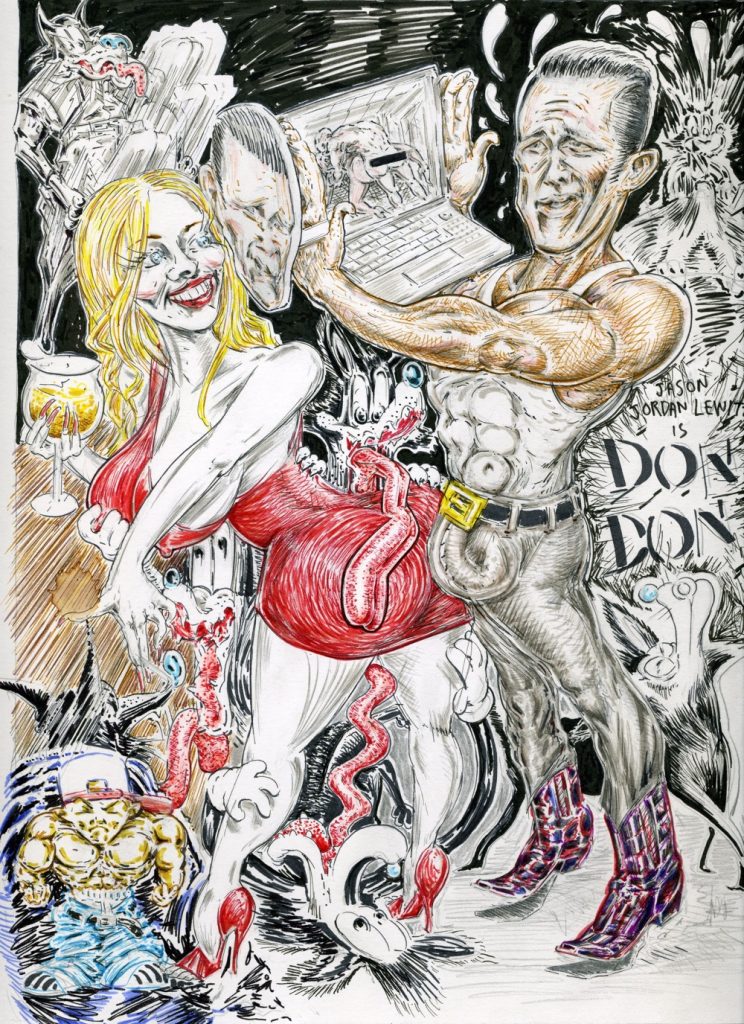 Warning: While I tried to avoid any overt spoilers, much can be inferred from this review, so if you want to be completely surprised, come back after you’ve seen the film.

While objectification and love are certainly big parts of DON JON, at the core its a story about personal change and growth, and as such, the directing is surprisingly well done, particularly for being Joseph Gordon-Levitt’s first major directorial project. Throughout the film specific locations have specific shots associated with them: Jon entering the gym down a hallway, the exterior approach to his church, and the passenger view perspective when he is in his car are just a few examples. Now while this repetitiveness may sound boring, it actually lays a subtle ground work that is used to portray Jon’s growth and change throughout the movie. As the character changes, his approach to different areas in his life changes, and while these changes are brought out through character interaction and dialogue, they are most clearly displayed through the way Jon’s actions change in shots we have witnessed him in time and time again. Be mindful of the repetitive shots and locations used, because it is through them that the brilliance of the film really shines and the audience is given a wonderful tapestry of how a person’s everyday actions reflect the larger changes in their life. The level of character development and story telling that is achieved through the camera is more extensive and well done than I am used to seeing in comedies; this is an impressive directorial debut and I hope this won’t be the last time we see Mister Gordon-Levitt behind a camera, because he belongs there just as much as he belongs in front of it.

The writing and storytelling in DON JON is just as impressive as the directing. While the subject of pornography and objectification are nearly impossible to handle without being crass, there is an equal portion of humor and sincerity thrown in, bringing realism and warmth to the film. The interaction between Jon and his friends feels as natural as my own socializations when I am out with the boys, right down to the insults and hierarchies. Jon’s family dynamic, particularly the interactions between his parents, is a wonderful portrait of a loving family that doesn’t work quite right, but has enough love in it to sustain itself. The interactions between Jon and Barbara are a great representation of a flawed relationship, so much so that I found memories of youthful faux pas stirring in my mind. On the other hand, the candid warmth between Esther and Jon brings to mind those special times when you truly connect with another person. In brining all these elements together, Levitt gives us a peek at the spectrum of human relationships and the variety of ways we connect with one another. The only issue I had with the writing was that some of the characters, particularly Jon’s family, were so archetypal that they were predictable, and while its disappointing, they served a purpose and were well acted so its not an overly significant detriment to the film.

DON JON boasts an outstanding cast with Joseph Gordon-Levitt as Jon, Scarlett Johansson (THE AVENGERS) as Barbara, Julianne Moore (CRAZY, STUPID, LOVE) as Esther, Tony Danza (THE WHISPER) as Jon Sr, and Glenne Headly (THE JONESES) as Angela. Given that he is both the writer and director, its not surprising that Gordon-Levitt delivers a great performance as Jon, but what really stands out is the fantastic chemistry he has with both Johansson and Moore. Levitt and Johansson are a perfect pair of dysfunctional young New Jerseyans, as Levitt plays Jon’s infatuation perfectly against Barbara’s domination, which Johansson brings wonderfully to life, even sporting an impressive New Jersey accent. Their interplay is natural and passionate, exactly what one expects from characters in romantic difficulties. On the other hand, the chemistry between Moore and Levitt is very different but just as powerful. As Esther, Moore gives a heartwarming performance of someone trying to love after loss, while Levitt gives Jon’s struggle to gain meaning from relationships real emotion and depth. In portraying the awkward intimacy that grows between Esther and Jon, Levitt and Moore paint an amazing portrait of what real intimacy and human connection looks like. Danza and Headly are great as Jon’s parents. Danza delivers a great performance as a typical, working class father who is obsessed with sports while Headly is a delight as his strained but tolerant wife who is desperately hoping for grandchildren. Combined, they give an excellent portrayal of a family that, while not exactly functional, is tied together with enough love to keep it afloat.

DON JON is a great movie and an impressive first feature for Joseph Gordon-Levitt. It boasts an engaging story, great production, and some very memorable performances. If you want to see a funny movie with a great plot, or just like any of the actors in it, then you should head out to your local theatre and give it watch.