Ash From EVIL DEAD Returns in New Comic ASH AND THE ARMY OF DARKNESS! 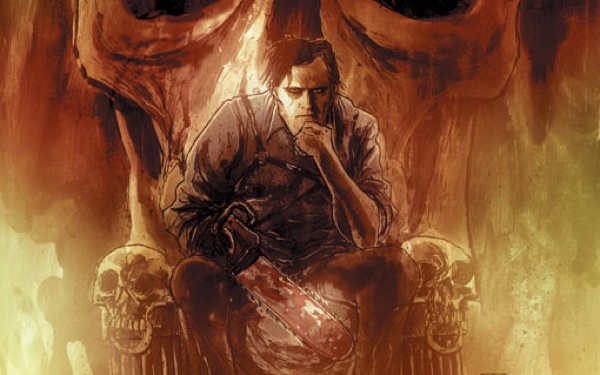 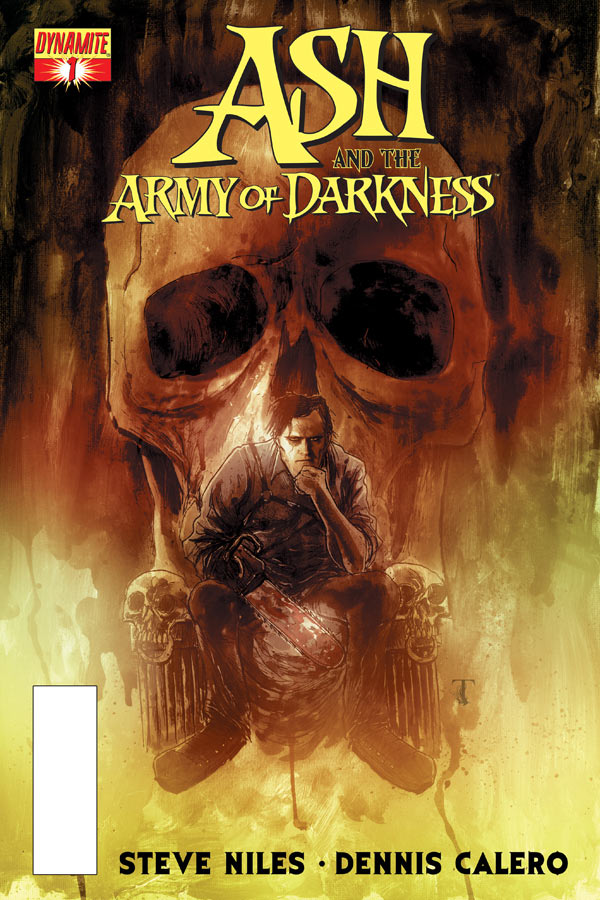 Comic books are a really great place to revisit your favorite tv and film characters these days. With projects out there such as X-FILES: SEASON 10, and ROBOCOP: THE LAST STAND (among others), fans have a great outlet for their inner most nerd desires. This time around we get to revisit one of our favorite cult horror movie heroes Ash from the EVIL DEAD series.

DYNAMITE ENTERTAINMENT has recently revealed that it would be taking on a new EVIL DEAD comic book project called ASH AND THE ARMY OF DARKNESS that revisits our hero just moments after the conclusion of the film ARMY OF DARKNESS. Sounds groovy to me. The story will be written by Steve Niles with art by Dennis Calero.Check out the official plot synopsis:

The battle has been fought and won. Ash battled and defeated the Deadite image of himself and saved the world. Now all he wants to do is get home and have a normal life. Too bad he messed up the Book of the Dead incantation. New series. New start. Will Ash ever escape the land of the Deadites? Will he ever find his girl? Will he ever remember the last part of the incantation? Now an army of unbelievable horrors rules the land and only Ash can annoy them.

Here is what Niles had to say about where the main story is headed along with some insights from a recent press release:

“What I’m doing with Ash and the Army of Darkness is a complete reboot. We start and the last frame of the film and then go right to the next. It’s a wild ride and I think fans of the film will be very happy because I am bringing back a lot of what made the movie so fun. My run of Ash and the Army of Darkness takes place almost entirely in the 1300’s setting. That was what made Army of Darkness stand apart. I’m hoping readers agree.” He continues by saying “The film is one of my favorites and I think we have a really fresh, exciting take for Ash’s continuing adventures fighting the dead. Dynamite has been expanding their line and have an impressive array of comic creators working with them now. I’m looking forward to joining the team.”

Sounds like he has his mind in the right place for this project. I’m glad we are getting a true fan of the original subject matter behind the pen!

ASH AND THE ARMY OF DARKNESS #1 travels to comic store shelves just in time for Halloween on October 30th 2013! Come get some!

In the San Francisco area looking for your next EVIL DEAD comic book fix? If so, Check out MISSION: COMICS & ART. They’ve got you covered!