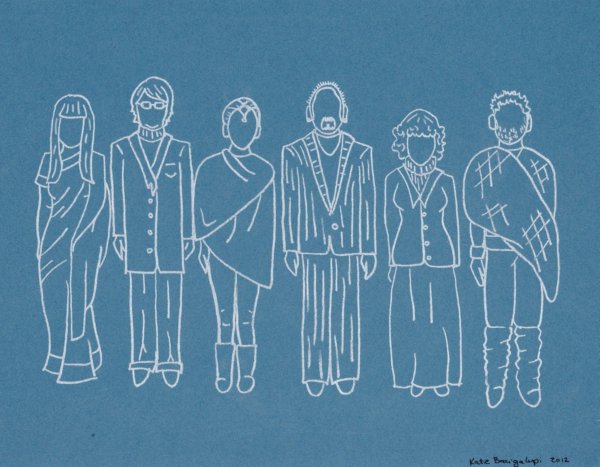 CLOUD ATLAS is a difficult film to review because it’s extremely ambitious and unlike most studio movies we see today. It’s the type of film that really takes a few days to absorb to give it a fair assessment. It’s directed by Andy and Lana Wachowski (THE MATRIX Series, SPEED RACER) along with their pal Tom Tykwer (RUN LOLA RUN). I will always go out of my way to see anything the Wachowski siblings are involved in because I have tremendous respect for their vision and ability to direct wonderful films. It is worth noting that this film is based on a book of the same name written by David Mitchell that most believed was too hard to turn into a feature film.

CLOUD ATLAS tells a handful of stories simultaneously that are all set in different time periods and locations yet star the same actors portraying different characters that are all seemingly connected. The mainstays of this film are stars Tom Hanks (FOREST GUMP) and Halle Berry (X-MEN) among others who we will get to shortly. All of these interwoven tales are mixed and edited together crafting one epic and sometimes hard to follow story which carries the overall theme that we are all connected and that every action carries a reaction or consequence. While this theme may seem simple enough, the story here is anything but. 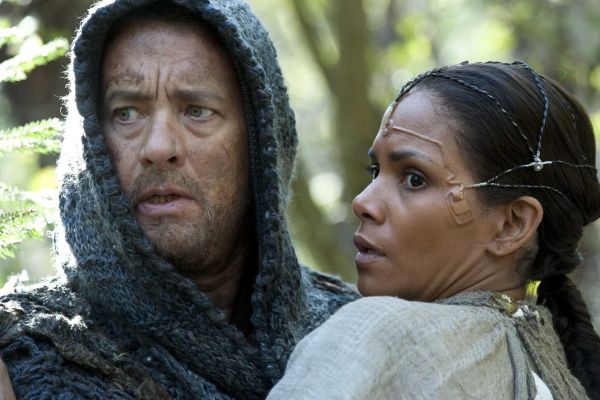 As mentioned above, CLOUD ATLAS tells a handful of stories that audiences go back and forth between. One moment audiences may be in an action packed sci-fi movie set in Neo Seoul in the year 2144, while a moment later we are brought into a post apocalyptic future where civilization as we know it has crumbled. We also follow a European composer in the 1930’s, have some light-hearted comical moments in an old folks home, and even travel to the Pacific Islands in 1849 among other times and locations. While it is fun to escape to all of these times and locations in one movie (SUCKER PUNCH comes to mind), I have to admit it was all sort of confusing and too spaced apart for my complete liking. For a film that has a main theme of connectedness, things sure did seem disjointed and confusing all too often. This does not mean that CLOUD ATLAS was a bad film, it just means I got lost  a few more times than I would have liked. Sure once the credits rolled it all made a bit more sense, but even after sitting on this film for about a week I ‘m a bit confused as to how some of the story lines connected and affected one other. Simply speaking it was 2 hours and 45 minutes of fun yet confusing entertainment. In all the confusion, I definitely had my favorite story lines (Neo Seoul and Post Apocalyptic Future) and one element that never failed was just how well shot this film was. There were so many beautiful and epic moments juxtaposed with action, humor, and romance. I do think there is a little bit of something for everyone here and can easily see everyone enjoying at least one of the many story lines going on. This was a hard story to tackle on film and I again must give credit to the creators for being so bold.

Hanks and Berry both do a great job carrying this film and you can tell that their heart went into their characters. It really seemed like they had a lot of fun with this movie due to the wide variety of characters they got to portray. Besides those two, we have Hugo Weaving (CAPTAIN AMERICA: THE FIRST AVENGER), Jim Broadbent (HARRY POTTER AND THE DEATHLY HALLOWS: PART 2), Jim Sturgess (21), Doona Bae (THE HOST), Ben Whishaw (SKYFALL), James D’Arcy (HITCHCOCK), Hugh Grant (ABOUT A BOY), and Susan Sarandon (SPEED RACER) just to name a few. There are countless others involved and just about each and every one of them show up in all the different story lines. It was fun trying to see where the actors showed up in each story and it was really difficult to tell where some of them were due to all the physical, racial, and gender changes they went through. Luckily, the end credits have a fun segment where we get to see just who was who in each of the story lines. While all the characters changing so dramatically between each story was fun, it was often distracting to see some of the characters completely change gender or race. I think the makeup in some instances was just not up to snuff and resulted in some really funky looking creatures. It was off-putting on more than one occasion *cough* Weaving as a dominant and angry headmistress *cough*. Odd makeup choices aside, it was fun and all the actors did a fine job especially Hanks in the post apocalyptic tale and Whishaw as the tormented composer. Cool stuff. 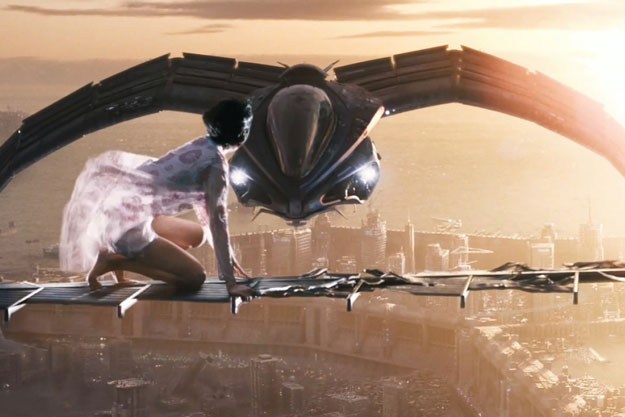 While I could go on and on in this review breaking down each and every story arc, I think it would be best to just discover it all for yourself. CLOUD ATLAS is a very worthwhile film to see. It is extremely unique and has its fair share of brilliance even if there are some missteps along the way. My biggest complaints being the films confusing cuts and edits between story lines and the often hideous makeup for some of the characters. Putting those two faults aside, I had great fun with CLOUD ATLAS and would recommend it to anyone looking for something a little bit different and a lot more daring than most of what we see in cinemas today. The stories are varied and interesting, the actors all do a fine job portraying a wide variety of characters, the film is beautifully shot and directed, there is action, romance, humor, and a deep felt message in it all. When the credits finally do role, I believe a lot of you out there will find a lot to like about CLOUD ATLAS and may even catch yourself revisiting some of the worlds and messages it offers. I recommend everyone give CLOUD ATLAS a chance at some point.