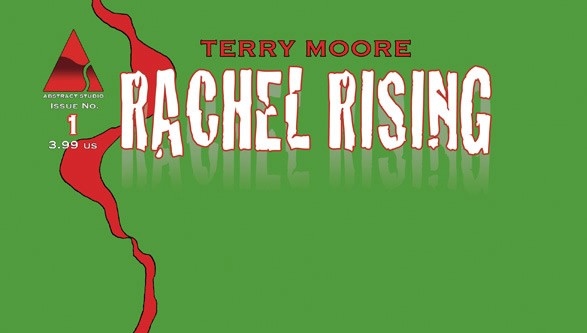 What would you do if you woke up dead?  That’s the pivotal question in Rachel Rising, the newest comic series by artist/writer Terry Moore (ECHO).  The series opens with the protagonist, Rachel Beck, digging herself out of a shallow grave in the woods while a mysterious woman, who bears a striking resemblance to Rachel, watches.  The series only gets stranger from here.  As Rachel and her friends and family try to figure out what happened to her, strange happenings increase at an alarming rate. Just what has set its sights on the town of Mason?

Terry Moore tackles new ground in Rachel Rising while still playing to his strengths.  Moore is best know for STRANGERS IN PARADISE, a modern romance series that was so much more than romance, and kept fans enthralled for almost a decade and a half.  Horror might seem like an odd direction for him, but he takes to it with a steady hand.  Moore has a talent for creating characters that are both realistic and interesting, and the interactions between them are spot on in this new series.  Fans of Moore’s previous works will not be disappointed with the writing, while readers new to his work will find it a refreshing change from typical comic fare.

The art direction for Rachel Rising clearly reflects the books darker arena. Like his other works for Abstract Studios (Moore’s personal comic label), the book is in black and white, with an emphasis on black.  The art flows nicely and at times has Moore’s usual airy feel, but the use of darker environments and black borders keeps you firmly inside the strange world that Moore is crafting. 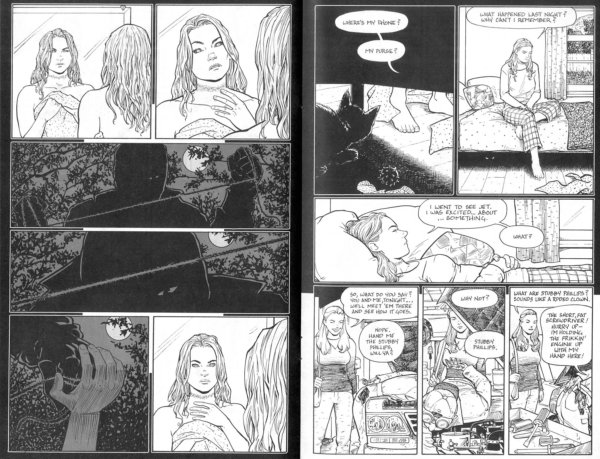 What I love about Rachel Rising is that it doesn’t try to be over the top or rushed.  Moore doesn’t fill up the story with unnecessary violence, but doesn’t shy away from it either.   The first issue does run by a little fast, but after that he lets the tale unfold at a steady pace, in each issue he reveals enough to keep you satisfied, but wanting more.  Traditional horror fans should feel very at home with this series; classic horror themes continue to pop up as the book progresses, keeping you hooked to the story.

While Rachel Rising may not be for everyone, fans of comics or horror should really give it a try.  The first trade “Rachel Rising: The Shadow of Death” compiles the first six issues and you can pick up a copy from your local comic shop or order it online from: