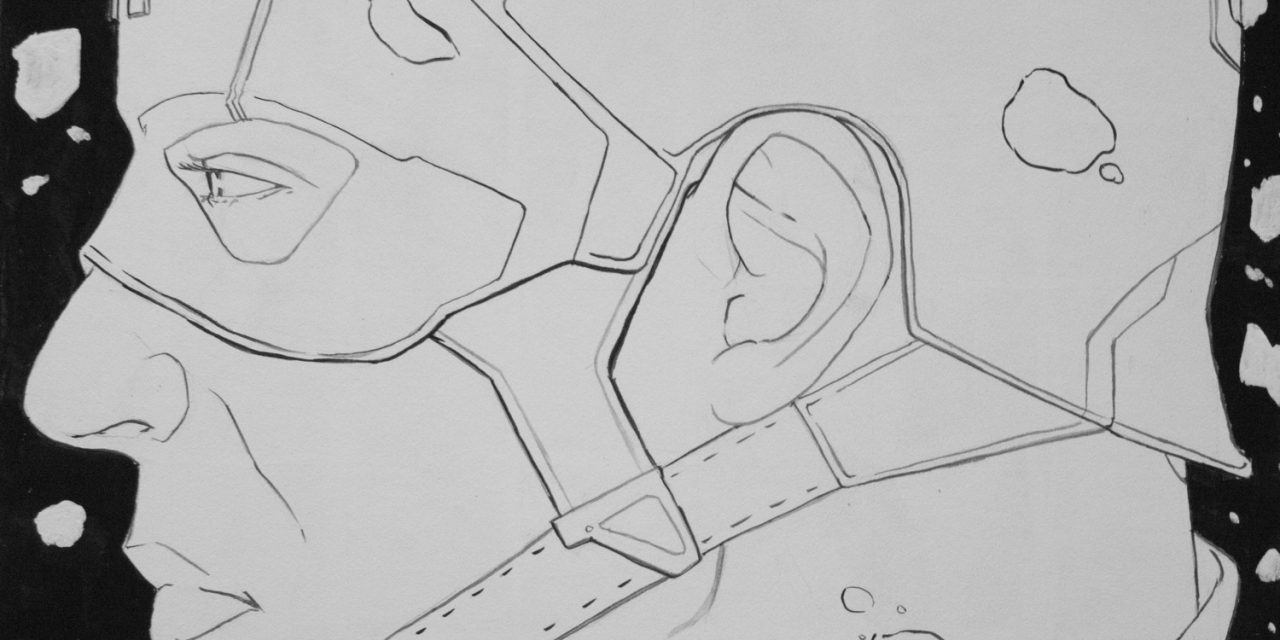 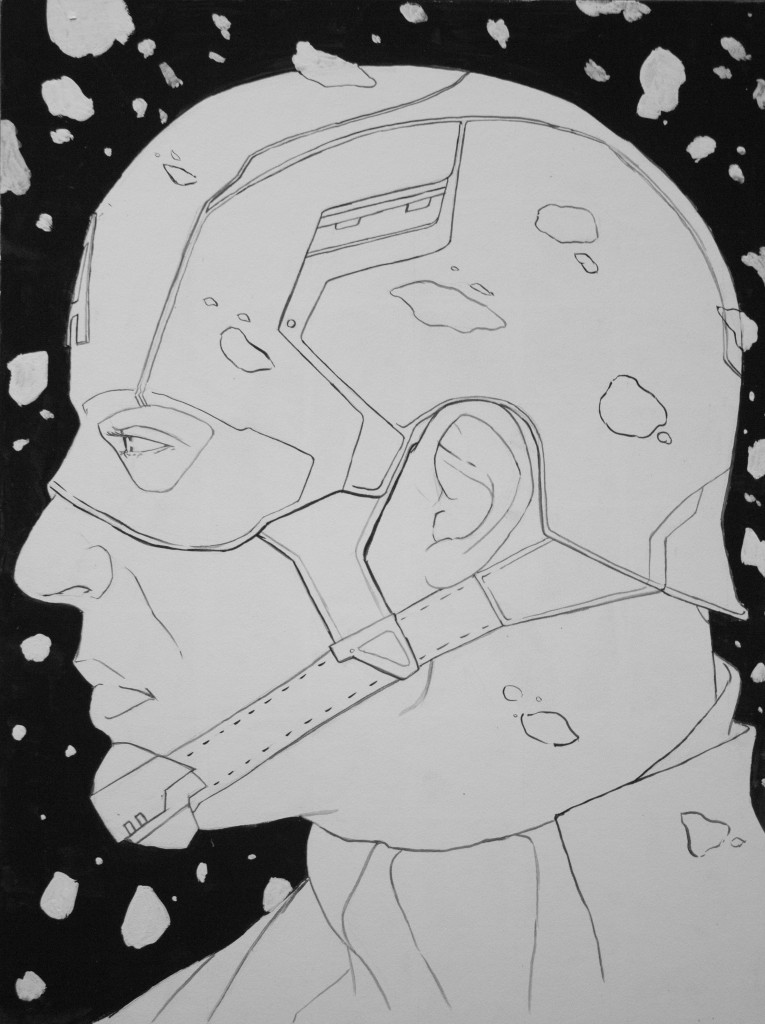 Marvel Studios continues their streak of outstanding movies with CAPTAIN AMERICA: THE WINTER SOLDIER. Following the events in THE AVENGERS, Steve Rogers is still having some problems acclimating himself to the brave new world he’s been thrust into. He’s slowly trying to learn and integrate, but the past still holds a powerful hold on him, so it’s little surprise that the connections he does make are with people who have similar backgrounds, namely war veterans. However, Steve has more important things to worry about, like what sort of secrets Nick Fury is hiding and why is Captain America not only being left out of the loop, but being asked to participate in missions of a questionable nature. In a rare show of respect, Fury clues Steve in on his latest world security project, while, of course, still keeping some secrets to himself, which is unfortunate, because before Fury can put his house in order a hit squad tries to put him in the ground. Fury flees to the only man he feels he can truly trust, Steve Rogers, but before he can impart the whole truth, he is gunned down by The Winter Soldier, but not before giving Rogers his secret intel and telling him to trust no one. Rogers is brought in before Secretary Pierce and questioned, but as he doesn’t know who to trust, he chooses silence, forcing him into a corner and putting him at odds with SHIELD. As Captain America becomes a fugitive from his own government, he is forced to examine who he can trust, what he believes in, and where should the line be drawn as he tries to unravel the mystery that has put him on the run for his life.

Ever since 9/11, Marvel comics have taken a darker turn and have forced most of their prominent superheroes to face difficult moral quandaries on par with those of the tumultuous times we live in, and while some of their films have touched on some more serious issues, CAPTAIN AMERICA: THE WINTER SOLDIER is the first one to look them bold in the face. Without giving away too much of the story, THE WINTER SOLDIER raises the questions: “Who is watching the watchers?” and “Can we trust those who monitor us?” These questions are very timely, given the recent leaks by Edward Snowden about the NSA’s monitoring and spy operations, not to mention the questionable activities, such as drone strikes and violations of sovereignty, being perpetrated not only by the United States, but by many governments the world over. The overall theme in this latest Captain America film goes right to the heart of the questions plaguing Americans, and most of the world today, and it causes the film to resonate and connect with audience members in a far more profound way than one would expect an action blockbuster to do. So, who do we have to thank for this wonderful story? Why, long time comic creator Ed Brubaker who developed the concept and the story for THE WINTER SOLDIER. However, Marvel didn’t stop there, they also brought in writing duo Christopher Markus and Stephen McFeely, both of whom wrote CAPTAIN AMERICA: THE FIRST AVENGER as well as THOR: THE DARK WORLD. By keeping the original writing team to hash out a story crafted by a comic veteran, THE WINTER SOLDIER is able to keep the sound and feel of the first film while still moving in a bold new direction, and the result is one of the most engrossing comic book movies to ever grace the silver screen.

In a somewhat surprising move, Marvel tapped brothers Anthony and Joe Russo to direct CAPTAIN AMERICA: THE WINTER SOLDIER, a duo who’s most well known directorial project is YOU, ME, AND DUPREE and who’ve mostly worked in television since that film was released. Thankfully, this unlikely duo actually deliver a fine looking film with plenty of well staged action sequences. When I first started watching THE WINTER SOLDIER, I was a bit annoyed because the first big action sequence involved a great deal of quick cutting, which is a pet peeve of mine because it makes it very difficult to follow what is actually going on. However, after that initial scene, I didn’t encounter any severe quick cutting and it occurred to me that it was only used initially to further emphasize the heightened speed and reflexes of Captain America, and once that was established they resumed a more even handed approach to the action that, while still containing many shots, were long enough to allow the audience to keep track of what was going on. Besides the nice directing, the film looks beautiful. The costumes, sets, and settings are all very appropriate for the story and characters, and the special effects are so well done that, even though you know what you’re watching had to be done with a computer, it looks real to the naked eye.

No matter how nice a movie looks or how engrossing the story, you still need a solid group of actors to bring it to life, and CAPTAIN AMERICA: THE WINTER SOLDIER has just that. Chris Evans (THE ICEMAN) reprises his role as Steve Rogers/Captain America and this time around he really makes the character his own. As Evans’ career continues, his talent becomes more and more evident, and while I liked him as Captain America, the role felt a bit one dimensional before as the character was such a boy scout. This time around there is plenty of personal turmoil and conflict for the character and Evans rises to the occasion, delivering a performance that is powerful, emotional, but above all, feels true. I particularly liked his chemistry with Scarlett Johansson (HER), who reprises her role as Natasha Romanoff/Black Widow, their characters are encountering the same problem from different sides, Rogers with his hands being too clean and Romanoff with her hands being too dirty, and it makes for encounters that are in turns intense, playful, emotional, and surprisingly touching. While I’ve seen more impressive performances from Johansson, I think this is the most personal portrayal of Natasha she has done, and it really helped the character ring true.

Its always a bit strange to see Samuel L. Jackson (DJANGO UNCHAINED) in a movie where he’s not allowed to drop F bombs, but in the case of Nick Fury I think he comes off more intimidating specifically because he’s so clam that profanity would seem utterly unnecessary. Jackson is wonderful as the secretive head of SHIELD, and the broader scope we get from him in this film just further proves that no other actor working today could possibly do the role even half as well. Robert Redford (ALL IS LOST) joins the Marvel acting universe as Alexander Pierce and, as expected, does a great job with the role. While Fury is the head of SHIELD, Pierce is the main political affiliate of the organization, and if there is one thing Redford can do well, it’s play powerful men who can disarm you with charm and a smile, making him a perfect addition to the cast. The Winter Soldier is played by Sebastian Stan (TV’s ONCE UPON A TIME) and his intensity is impressive and unwavering. Most of The Winter Soldier’s scenes are heavy on action but lacking in dialogue, however, when we do get to see behind the characters stoic killing curtain, Stan delivers a great portrayal of a man who is so programmed he’s not even sure of his own motives. Lastly, we have Anthony Mackie (GANGSTER SQUAD) who steps into the role of Sam Wilson/Falcon. Mackie’s a stellar supporting actor, but I think Sam Wilson is one of his best roles to date. He portrays Sam with the unabashed honesty often found between veterans, and his warmth is only matched by his spirit. I hope Falcon makes more appearances in the Marvel film universe, because I would love to see more of Mackie in this role.

CAPTAIN AMERICA: THE WINTER SOLDIER is a film that fires on all cylinders. It has a great story that is relevant but still manages to be fun and entertaining, it looks fantastic, and the acting is some of the best I’ve ever seen in the comic book movie genre. If you’re up to date on your Marvel films, than head on out to the theatre as soon as possible and check this movie out, you’ll be glad you did.