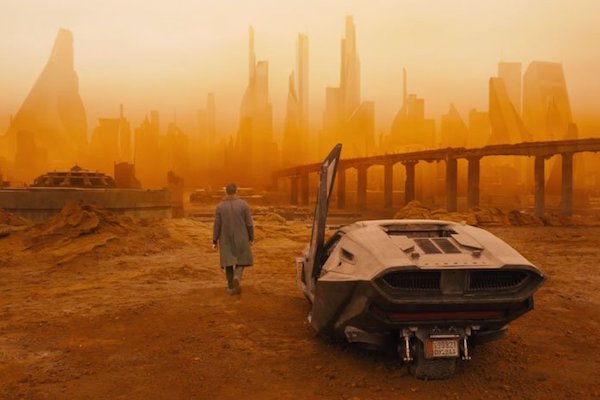 Like it or not, pretty much everything beloved is being rebooted, remade, or revisited. Just keep in mind that no matter what happens, nothing can touch the original film or affect your experience with it. So relax, keep an open mind, and root for movies like this because at the end of the day we all want to see a good film.

Ok, now that my self-therapy is over, let’s take a look at BLADE RUNNER 2049 which is the sequel to the 1982 masterpiece BLADE RUNNER directed by Ridley Scott starring Harrison Ford. I don’t think anybody asked for this sequel (much like TRON: LEGACY), but it does look promising and definitely captures the tone of the first film with its dark atmosphere and mesmerizing soundtrack. So while I’m definitely skeptical, I’m rooting for this one.

Thirty years after the events of the first film, a new blade runner, LAPD Officer K (Ryan Gosling), unearths a long-buried secret that has the potential to plunge what’s left of society into chaos. K’s discovery leads him on a quest to find Rick Deckard (Harrison Ford), a former LAPD blade runner who has been missing for 30 years.

The good news is BLADE RUNNER 2049 has Ridley Scott attached as Executive Producer, it once again stars Harrison Ford, and director Denis Villeneuve has proven he can make a damn good film with hits such as SICARIO and ARRIVAL under his belt. So there’s a lot of promise here. And including Ryan Gosling was a pretty great idea too. He’s cool. Fingers crossed friends.