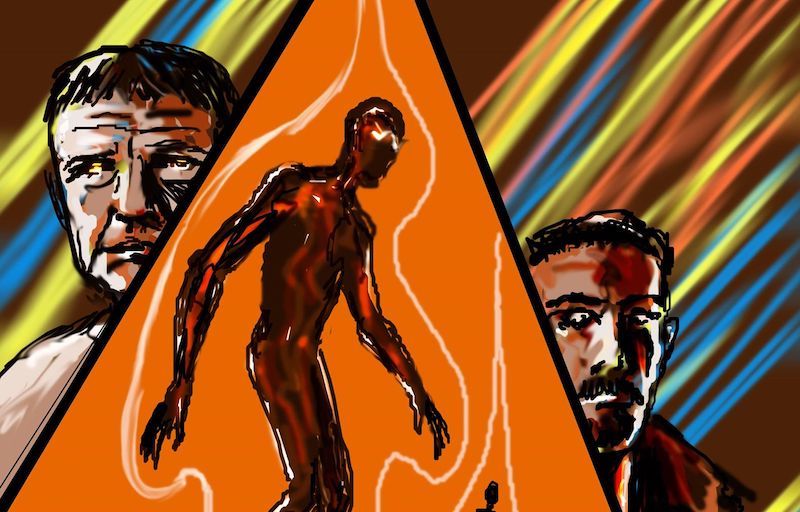 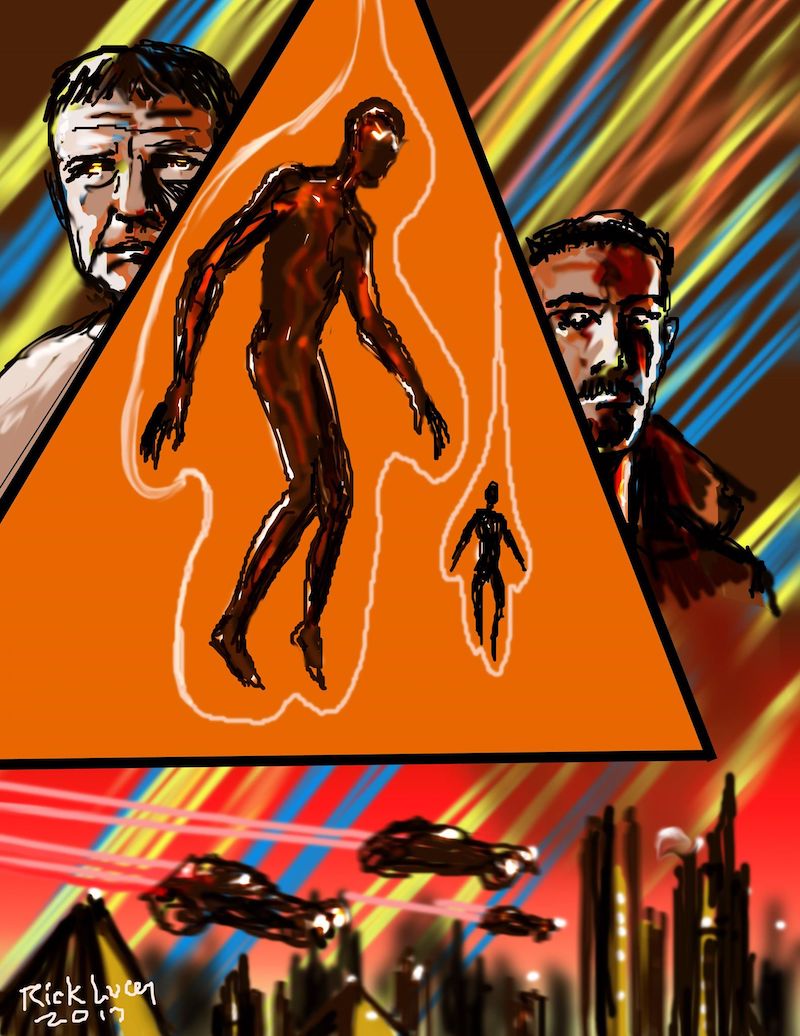 What is it to be human? This was the question at the heart of the original BLADE RUNNER and it remains just as powerful and thought provoking thirty five years later as BLADE RUNNER 2049 takes us back into the grisly, cyberpunk landscape first brought to life by Ridley Scott (ALIEN:COVENANT).  If we are being honest, no one was asking for a BLADE RUNNER sequel because when you have a film that redefined not only what science fiction could be, but arguably what cinema could be, and that has continued to garner fans and devotees throughout the decades, it is almost too daunting and lofty a task to even attempt.  However, while Ridley Scott is only the producer this time, he continues to be a master of film craft as he has brought together a remarkable team to create a film that may very well reach the gargantuan status of the original. Like the first one, the sequel is still centered around replicants (artificial humans) and the police officers who hunt them, called blade runners.  A new version of replicants have replaced the old models, and K is a blade runner tasked with hunting down outdated replicants and eliminating them.  During an assignment he discovers the remains of a long dead replicant that holds a terrifying secret, one that his superior desperately wants kept under wraps.  K is tasked with eliminating any and all evidence about the case, but this sets him on dangerous course that will draw in a myriad of interested parties and will put a target on his back.  As he scrambles to unravel the mysteries of this investigation, his own reality and loyalties will be called into question and he must decide what course to take as the rules of the world become more blurred.

While director Denis Villeneuve (ARRIVAL) is known for having a distinct and powerful visual style, he may have outdone himself this time as BLADE RUNNER 2049 delivers a gorgeous visual environment.  From the moment the camera first pans over the vast expanse of solar panels in what appears to be a starkly barren environment, you get a sense of the mass emptiness of the world, and while we will also see cities, both living and dead, and the refuse choked outskirts of these metropolises, that sense of emptiness never really leaves the film.  In stark contrast to this are the vibrant neon advertisements and holographic entertainment options seen throughout the movie, emphasizing just how desperate people are for a feeling of something more real than their dying world and raising interesting questions about where our own technologically obsessed culture is heading.

However, the atmosphere building goes far beyond the base environments and can be seen in just about every aspect of the film.  The score is outstanding, bordering on overbearing as it will burst forth and put you on the edge of your seat just as often as it will slip into the background, but never so much that you completely disregard it.  The lighting in the movie is exquisite and I was particularly impressed when it was used to perfectly reflect Deckard’s emotional state as he was becoming aware of some new realities that had previously been veiled from him.  The lighting is also used deftly throughout the film to differentiate the moral divides between characters and to craft the atmosphere, further creating an immersive world that feels incredibly real.

I was quite impressed with the story in BLADE RUNNER 2049, and I feel it is mainly because they managed to create a movie that feels very different from the original, while still keeping the heart of the franchise intact.  Almost from the very beginning this movie flipped my expectations on their head and took me down a wonderful rabbit hole that kept surprising me, to the point that even things that were predictable ended up being twisted around by the end of the film.  Thankfully, this was exactly what was needed as it allows you to approach the Blade Runner universe from a new perspective but ultimately brings you back around to the ever present  question of: what does it mean to be human?  This brilliant storytelling is a testament to the writing talents of Michael Green (LOGAN) and Hampton Fancher (BLADE RUNNER) and I am eager to see what kind of work Green tackles in the future as he certainly seems to have hit his stride with all the projects he has written this year.

The performances in the movie are just as notable as the outstanding story and production, with the entire ensemble delivering impressive work.  Ryan Gosling  (LA LA Land) takes on the role of K and his nuanced performance further reinforces his rising star power.  K goes through dramatic changes throughout the film and whether angry, stoic, or on the verge of mental collapse Gosling delivers a flawless performance that seamlessly allows you to see the character rather  than the actor.  Returning as Rick Deckard is Harrison Ford (STAR WARS: THE FORCE AWAKENS) and he easily steps back into the role, delivering an emotional performance that will certainly please fans of the original film.  I was highly impressed with Sylvia Hoeks’ (THE BEST OFFER) portrayal of Luv, a replicant who works for Wallace Corporation.  Luv is cold, calculating, and above all dedicated and Hoeks is marvelous in the role, creating a character that will certainly be emulated by science fiction creators for years to come.  Continuing to gush about the performances at this point seems almost like a lesson in futility, because literally everyone does a great job, from the more prominent roles filled by Jared Leto (SUICIDE SQUAD), Robin Wright (WONDER WOMAN), and Ana de Armas (WAR DOGS) to the smaller parts contributed by Dave Bautista (GUARDIANS OF THE GALAXY VOL. 2), Mackenzie Davis (THE MARTIAN), Lennie James (COLOMBIANA) and Barkhad Abdi (CAPTAIN PHILLIPS) everyone rises to the occasion and deliver performances on par with the stunning production of this film, elevating it  to an even higher level.

BLADE RUNNER 2049 is one of those rare movies that is so well done and brilliant that it sticks in your head long after you’ve left the theater.  The twisting story, breathtaking production, and immaculate performances all combine to create a world so visceral that it is hard to believe it doesn’t actually exist.  This film isn’t just a great sequel, it captures the underlying attitude of our time and invites us to examine not only ourselves, but our world and what we want to make of it.  Please, if you have even the slightest interest in this movie, or in movies in general, get out to a theater and see it, you won’t be disappointed.