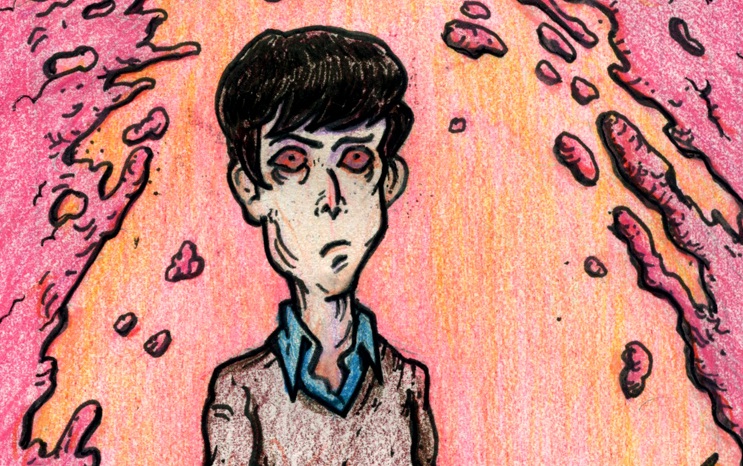 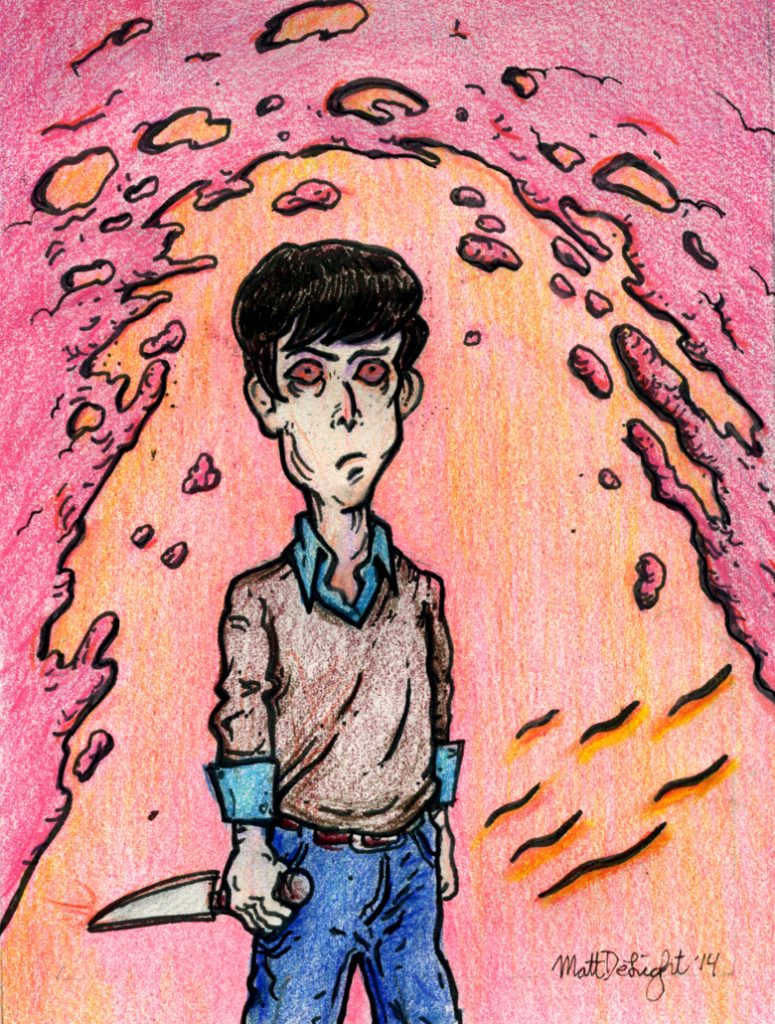 Hey! Have you ever wondered what was the chain of events that led a mild mannered Norman Bates into being a masturbating murdering pervert? Yeah, me neither. And yet, here we are. Fortunately, what A&E has given us in BATES MOTEL is actually a ‘re-envisioning’. A set in the modern day/smart phone wielding Norman Bates boy, who is just starting his path to being a troubled taxiderming man. It’s a pretty cool work around. It’s just faithful enough that people can argue that it really will lead to Norman growing up, owning the hotel, and killing Anne Heche. While, ‘puries’ can remain content that since it’s set in the present era, it will in no way effect the Hitchcock classic.

The series begins with the mysterious death of Norman’s father. Having come into a bit of insurance money, Norma Bates has decided to buy a motel and move Norman and herself to White Pine Bay, Oregon to ‘get a fresh start’. As it turns out, that is much easier said than done. White Pine Bay seems to be a town filled with terrible secrets, and colorful characters. Apparently, White Pine Bay has made its economy on giant million dollar marijuana farms. Which, as it stands to reason, has drawn in an unsavory element to the town (and the motel) over the years. It’s this ‘dark element’ to the town that provides the first season most of its motivation.

Which if it sounds like it’s vaguely like Twin Peaks, it’s supposed to. The series creators have openly talked about the influence of the show. That will almost seem obvious when they introduce the cystic fibrosis fox Emma Decody. She reinforces the quirkiness and timeless glamour that the show curates. If it wasn’t for the Iphones and weed economy, it would be fairly difficult to pinpoint exactly when the show is supposed to take place. It certainly wouldn’t be the ladies undergarments on the show, as those are all from the 1950’s, and designed to drive Norman (and myself) absolutely bananas.

Now let’s get into Norma/Norman Bates a little. It’s the name on the motel, and the titular reason to watch the show. Norman is played by Freddie Highmore. He was in the remake of CHARLIE AND THE CHOCOLATE FACTORY, which I never saw, as Charlie Bucket. He was also the voice of Astro Boy, in that ASTRO BOY movie, I also didn’t see. Whatever, it seems like these roles I’m not familiar with make for the perfect building blocks for crafting Bates. Channeling that particular high-strung, self-righteousness, quiet-rage that made Tony Perkins as Norman memorable. Norma Bates is played by none other than the super-vixen from Paul Walker’s RUNNING SCARED, Vera Farmiga. I have not caught up to her work in about a decade…but, yeah, good casting…she’s still a fox. She’s tough as nails, a little (to very) screwball, and a total MILF. She is the quintessential Norma Bates. Scary and boner inducing.

Individually, each actor is pretty stellar, but it’s together when they shine. Their relationship is wet and drippy with co-dependence, jealousy, and sexual tension. It’s entertainingly uncomfortable to watch. Actually, much like BREAKING BAD could be said to be allegorical to the different and various types of evil. BATES MOTEL is an extended exploration into abuse, and the history of that abuse. Even the town seems to be in an abusive relationship with marijuana farms. Sure, the town derives all this money from said industry. But, that just means sometimes fools have to be set on fire, and townies got to be cool about it.

Anyway, there are some things about the show that do drive me crazy. No one seems very adapt at crime. And, there is always some crime going on. So much so, that you might need a scorecard to keep track of all the back deals and back scratches. To that end, it seems unlikely that Norman would stay at the Bates Motel past his senior year, much less an ensuing decade. But, whatevs…it always frustrated me that the cats in the original PSYCHO didn’t play it too smart either.

One last thought, I can appreciate that some will still be a little leery of the series based the original PSYCHO. I can dig it. However, let me point out that PSYCHO is not just a classic movie. Rather, it’s actually an established, well-worn franchise. With 3 sequels (yes, they made a Psycho 4), an ultimate 90’s re-make (which is totally brilliant), and a made for ’87 TV postquel (also called Bates Motel and starred Bud Cort of HAROLD AND MAUDE). I, myself, am a huge fan of the franchise as a whole. In that regard, this new BATES MOTEL fits well within the cannon of the series.

I’ll say this, if you are going to watch one show about a misunderstood and sympathetic psychopath, this should be it. Yeah, DEXTER…I’m looking at you.

Season 2 of BATES MOTEL is currently airing on A&E and has been renewed for Season 3.