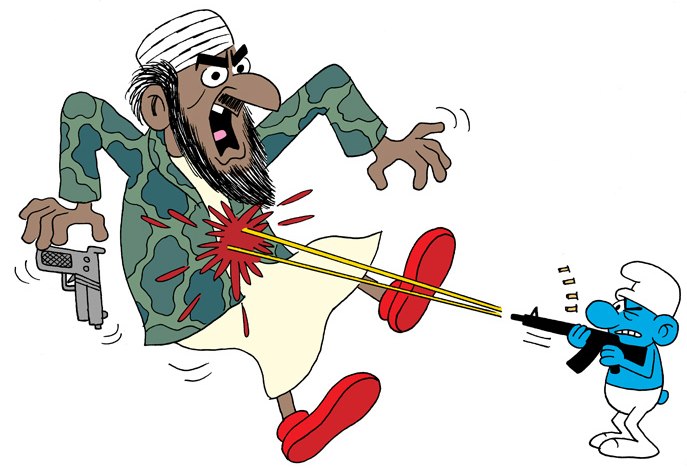 Why do we go the movies? Is it to disconnect from the little worlds we’ve created for ourselves? Is it in order to get lost in a make-believe narrative? Above all else, is it to be entertained? If so, where does a film like ZERO DARK THIRTY fit in? A film that in numerous media outlets has been described as “cold and clinical” in its procedural approach to telling the story of the largest manhunt in history: the search for Osama Bin Laden. The writer/director team (Mark Boal and Kathryn Bigelow) that brought us THE HURT LOCKER three years ago returns with their latest inspection of the War on Terror. In their first collaboration they explored the stress a US Army bomb-disposal unit endures in the war in Iraq. The film was famously apolitical and did not comment on the just and injust. It presented the scenes and its characeters in a matter-of-fact manner. The film asked what sort of person could willingly subject themselves to this sort of scenario on a repeated basis? With ZERO DARK THIRTY, Bigelow and Boal are exploring the same personality types but asking a different question. What price will a person pay to achieve a goal?

In ZERO DARK THIRTY the filmmakers are not interested in what makes the CIA analysts tick but rather in their natural instincts to follow a blind lead that may lead to a kernel of information that one day might help them be one step closer to their goal of finding Osama Bin Laden. Jessica Chastain (TREE OF LIFE) plays Maya, who on the surface is the main character, a CIA analyst in the Middle East who is assigned to find Bin Laden. She has no back story, no flash back, nothing. The ins and outs of the hunt for Bin Laden is what Bigelow and Boal are most interested in. Maya is but an amalgamation of many CIA analysts that contributed in the search. Wherein THE HURT LOCKER the audience followed foot soldiers at work dismantling bombs (a feat few would argue isn’t compelling or cinematic), in ZERO DARK THIRTY the tension is found in messy cubicles and irate phone calls– save for a handful of torture scenes and the last fifth of the film involving Special Forces doing their thing. The triumph of the film is that we always want to know what’s coming next even though we know how it ends. 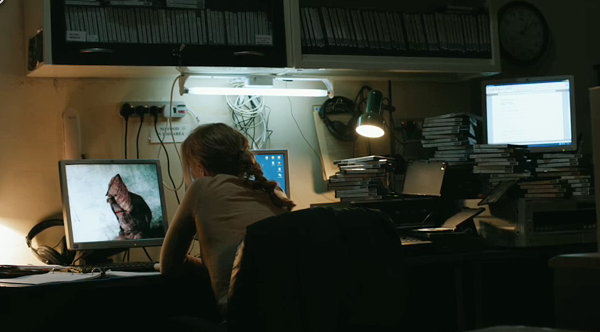 ZERO DARK THIRTY begins shortly after the 9/11 attacks and ends a decade later on the night Bin Laden was found and killed. It chronicles the different shapes the search took over the year. Instead of showing the big wigs of the presidential administrations and the CIA debating back and forth over a large brown table in the Situation Room, the filmmakers decided to show the effect of their decisions on the ground in the Middle East. We start in an unknown black out area possibly in Afghanistan. We don’t know where we are but we know it’s a detainment camp and what goes on there is not pretty. We are introduced to Jason Clarke (LAWLESS), a man whose job it is to extract the truth from detainees at whatever the cost. Again, in lesser hands the film could ask questions as to whether this person is doing what’s right for the time or is an altogether monster. ZERO DARK THIRTY purports to be an apolitical film giving the audience only the facts that the filmmakers were able to secure. Of course, it’s not film journalism or a documentary so creative and artistic liberties were taken. There’s a lot of controversy surrounding the film’s portrayal of torture — in that it doesn’t condemn the torturers or torture itself. If you believe silence is a form of guilt then you might agree. I don’t think Boal/Bigelow are pro-torture but instead didn’t want to find themselves in the rabbit hole of tackling that subject matter. We all know torture is immoral as do the filmmakers. The personal sacrifice it took to find Bin Laden is the mission of ZERO DARK THIRTY. They trust the audience to connect the dots. 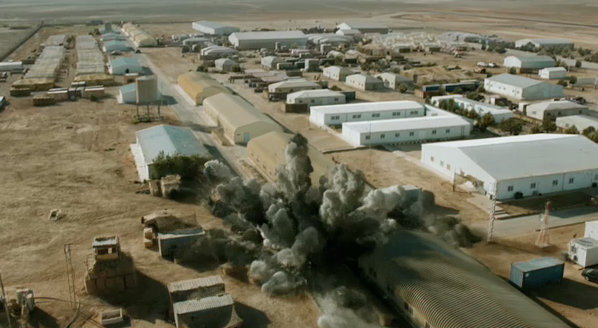 As the film moves along at a measured pace the audience is introduced to new characters but more importantly new developments on the War on Terror. With new Al Qaeda bombings throughout the world the CIA (and more immediately Maya and her team) are more and more on the hot seat to deliver results. We remember these shocking events but now take in how the analysts were affected. More importantly, we realize how the hunt for Bin Laden was affected by consequent attacks, Abu Ghraib and Guantanamo Bay.  The setbacks, the squabbles, the political implications are all there and shot with such an assured hand that two hours pass and we don’t realize that most of the movie has been of people talking in offices.

The final half hour we follow the raid on Bin Laden’s compound. The creative decisions on how to present it were brilliant. We know the mission’s outcome but Bigelow’s decision to shoot with added realism has us at the edge of our seats — as if it were unfolding in real time. The scene is lit sparsely without obvious movie lighting (a lot of night vision POVs) and there’s little to no music once Special Forces touch down onto the ground. The level of restraint on hand by Bigelow makes this film special as there is no triumphal tone to the film’s conclusion. No cheers, no popping champagne corks, no over-the-top strings or brass. We feel what the characters felt:  surreal incredulity that the man no one believed could be found was hiding right under our noses but now he’s gone. Dead forever. The mission is done. What’s next?