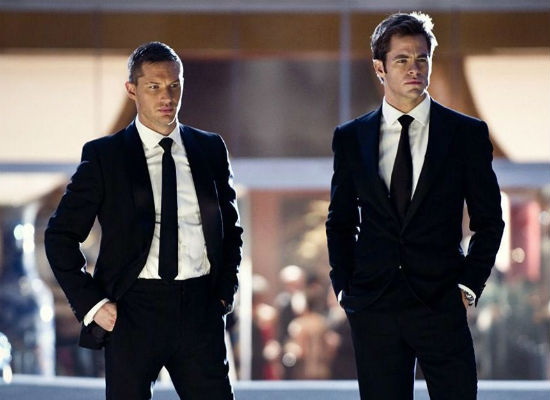 I just love it when movies like this seemingly come out of nowhere. THIS MEANS WAR is a comedy action film directed by McG (TERMINATOR: SALVATION) and starring an awesome cast that includes Chris Pine (STAR TREK), Tom Hardy (INCEPTION), and Reese Witherspoon (WALK THE LINE).

THIS MEANS WAR is about two CIA operatives (Pine and Hardy) who wage ware against one another after they learn that they have both fallen in love with the same woman (Witherspoon). What ensues is a crap ton of action surrounded by hilarious moments between the two main leads as they try and ruin the others chances with their mutual love interest. Sounds corny i know, but this trailer makes me think this could actually work and be something awesome. Tonally I am reminded of other action comedies such as MR. & MRS. SMITH and KNIGHT AND DAY. Check out the pretty awesome trailer below and see for yourself.