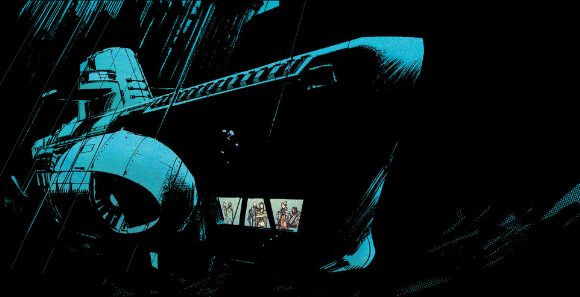 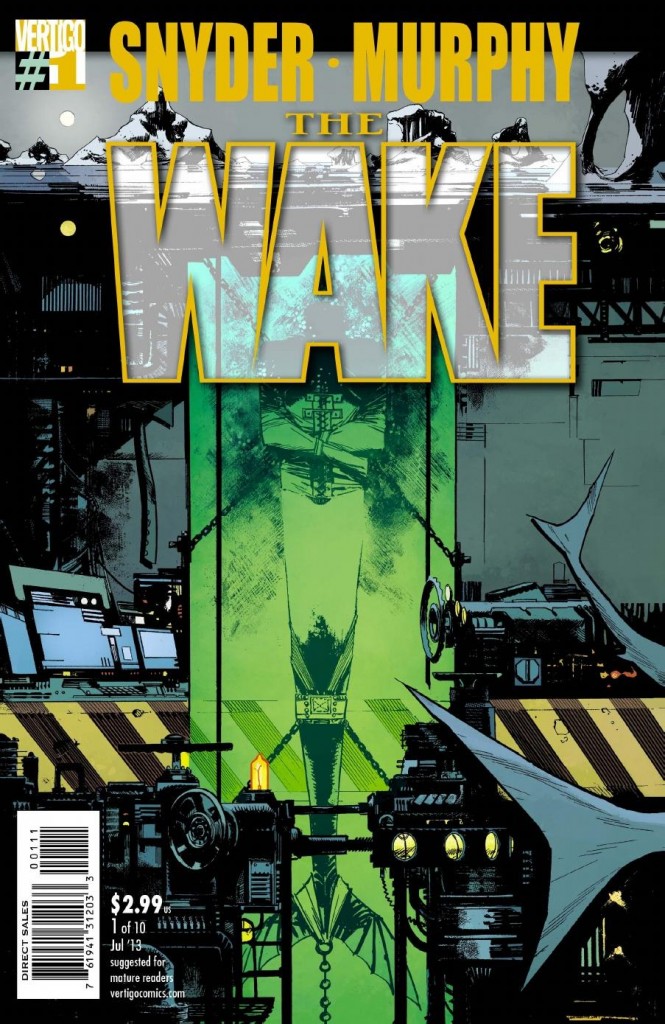 Halfway through THE WAKE, I wished I was actually watching it on an old VHS tape that I found at a garage sale. It becomes immediately clear that Scott Snyder has probably spent his entire adolescent life watching all of those ‘an alien takes over an Alaskan science facility’ movies and used his fast knowledge of the subject to create a 10 part comic series that would sit quite nicely between John Carpenter’s THE THING and Ridley Scott’s ALIEN. While possessing elements of the two, THE WAKE absolutely stands alone.

What makes THE WAKE so damn intriguing is that while it definitely feels like an idea we’ve seen before, it still manages to  feel like a completely fresh and captivating story. THE WAKE follows Dr Lee Archer, top in her field of Cetology (someone who studies the communication and speech patterns of whales and other aquatic mammals) who is recruited by the Department of Homeland Security to lead an investigation of ‘something’ that the government has discovered ‘somewhere.’  As with any premise that begins with the government landing a helicopter in the middle of nowhere to pick up a ‘retired’ agent who’s out of the game, you can’t help but get swept up into the mystery of what the government actually discovered and wonder how it’s going to break free and screw everything up. What I wasn’t expecting from THE WAKE was the scope of the story being told. Not only do we follow Archer’s investigation of a seemingly mythological sea creature in the present, but, we flashback to early humans millions of years ago and then flashforward to a shit hole post apocalyptic future that seems to be the direct result of Department of Homeland Security’s present day discovery. 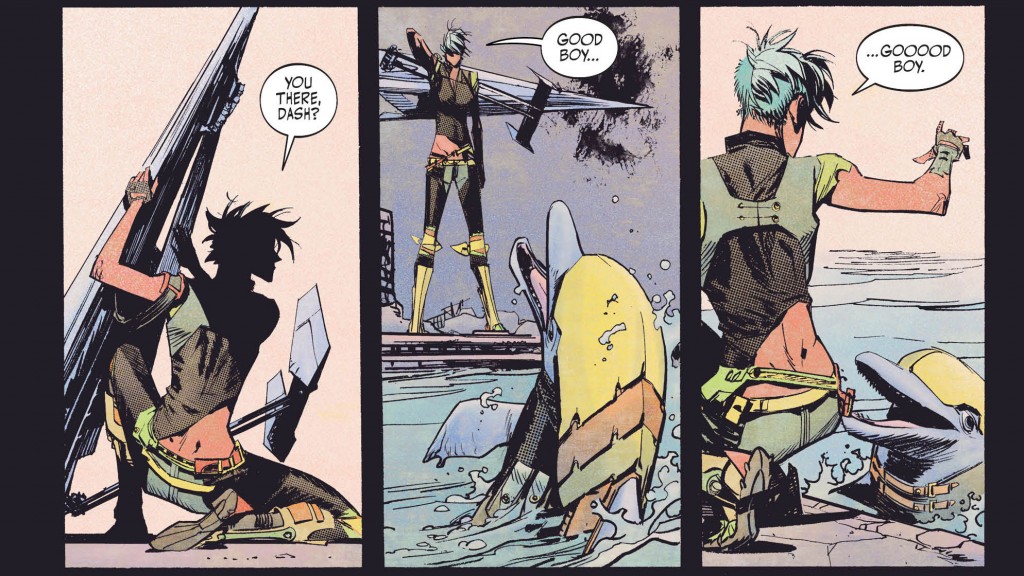 Not only is THE WAKE an original take on a fan favorite concept, but the artwork of Sean Murphy makes this book so much more enjoyable to read and experience. Aside from his uncanny ability to give you immense complexity in an intimate character focused panel and then in the next, give you an immense and beautiful full page spread. Sean Murphy is definitely an artist who understands how the eyes of his readers move and lays out his panels perfectly.

At this point, THE WAKE comes across as an idea that has already caught my attention. I’m fine with the idea of this series only being 10 issues, it just means that the story will stay tight and hopefully never stray too far from what makes this first issue so damn compelling. I don’t think it’s too early to call THE WAKE a blockbuster in the making.

You can currently read THE WAKE #1-4 on comic store shelves now.

In the San Francisco area looking for your next THE WAKE comic book fix? If so, Check out MISSION: COMICS & ART. They’ve got you covered!