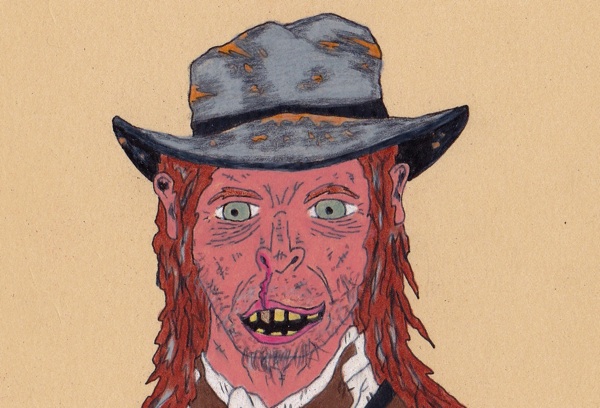 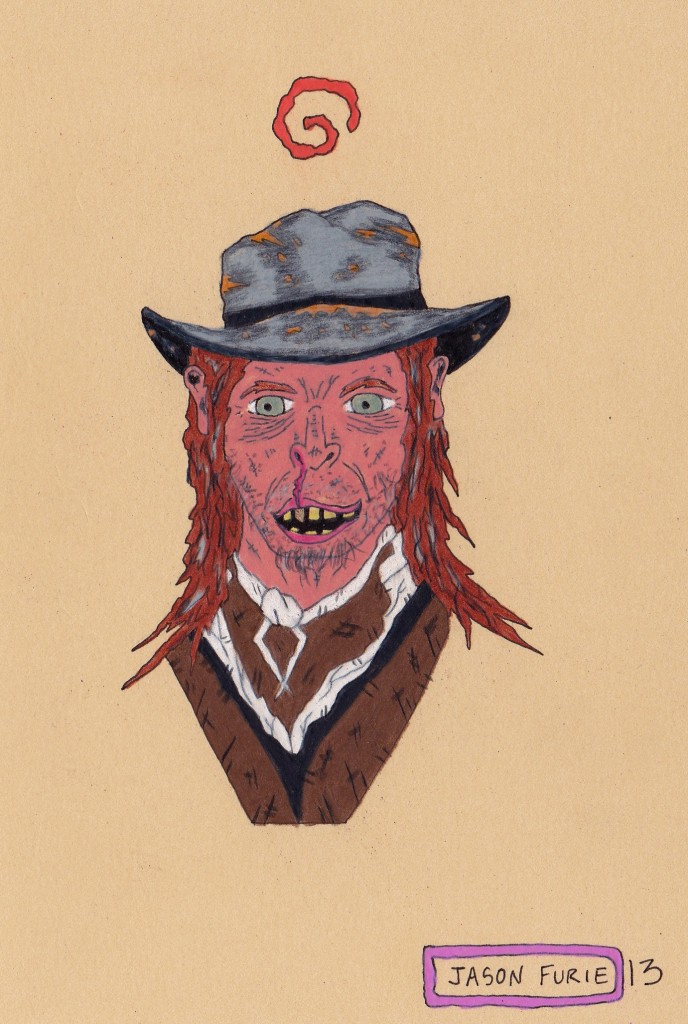 The team that brought you the original PIRATES OF THE CARIBBEAN trilogy have teamed up once again for THE LONE RANGER. Gore Verbinski (RANGO) directs and Jerry Bruckheimer (THE SORCERER’S APPRENTICE) produces the latest big screen adaptation of the popular masked vigilante. The story begins at a fair in San Francisco in 1933, where a young boy encounters a very aged Tonto who begins to recount his adventures with John Reid, the man who becomes the Lone Ranger. Reid is a district attorney, who believes the future will have no need of violence, traveling to his new post in Utah, unfortunately, the condemned Butch Cavendish, who happens to be locked up in the back of the train along with Tonto, doesn’t share his sentiments. An escape attempt on behalf of Butch and his men is successful, partly thanks to Reid’s nonviolent ideology, and Tonto’s attempted revenge on Butch is thwarted. When Reid finally gets to his destination, he is promptly deputized a Texas Ranger by his brother and he joins a posse to recapture Butch. The posse is ambushed, and Reid witnesses Butch cannibalize his brother’s heart before he loses consciousness. Miraculously, Reid comes back from the shores of death, and encounters Tonto again, who tries to guide him on his path for justice as the masked Lone Ranger.

If there is one thing Gore Verbinski is good at, its making his movies look good, and that talent is on full display in THE LONE RANGER. The movie is full of gorgeous wide shots that capture the rustic beauty of the western American wilderness, well sculpted action sequences that are both exciting and fun, and some creative visual styles used intermittently during flashbacks and certain suspenseful moments. Since THE LONE RANGER is very much an adventure movie, it is no surprise that there is a great deal of action going on. Thankfully, Verbinski shies away from the quick cut style and delivers action sequences that, while not overly believable, are certainly a great deal of fun. While the movie is very pretty from a technical standpoint, it’s a bit messy as far as the story goes. While the general theme of vengeance, or justice as the movie insists on calling it, is a relatively straightforward one, the back story gets a bit convoluted as the movie progresses. While John Reid’s story is relatively simple, Tonto’s is anything but, and the constant twists as more of the story is revealed are predictable and more burdensome than intriguing. On top of this, there are a variety of smaller factions and parties, such as Red Harrington and the Comanche tribe, who don’t get nearly enough development, but who nonetheless play some integral parts in the story, which makes their impacts lackluster. Unfortunately, these issues cause the movie to drag a bit in the middle, and I really don’t know whether it should have been longer to accommodate more character development, or shorter to stream line things a bit, both are interesting prospects, but sadly we get neither. 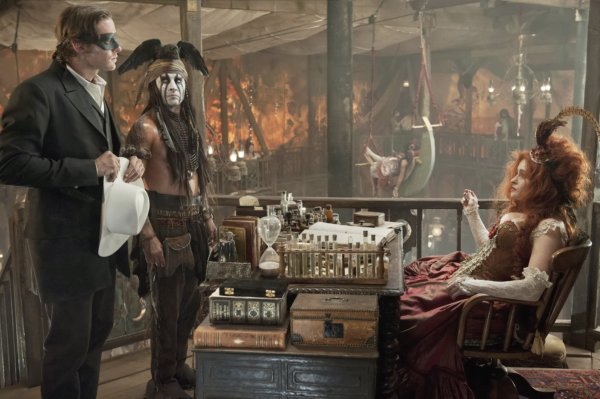 While THE LONE RANGER has an extensive cast, the performances were rather hit or miss. Johnny Depp (DARK SHADOWS) plays Tonto, and his performance surprised me. Tonto is a character with a dark past, and despair hangs over his head like the crow he wears as a hat, on top of that, there is certainly a question as to whether he is in his right mind; while this characterization may sound a bit like Jack Sparrow, Depp gives a performance that is a vast departure from witty Jack. Depp brings a harsh single-mindedness to Tonto and never lets up on it, he is full of belief, out for revenge, and he doesn’t let the circumstances or other people’s doubts change his mind. What really impressed me is the subtle way Depp was able to get this across, because while Tonto has a great deal of screen time, he is a very reserved character who is more apt to be silent than vocal. While Depp’s portrayal of Tonto delighted me, Armie Hammer’s (MIRROR MIRROR) performance as John Reid/The Lone Ranger left me cold. Hammer is by no means without talent, I thought he was great in THE SOCIAL NETWORK, but I found his portrayal of Reid to be lacking soul. While Reid believes in nonviolence, that shouldn’t mean non anger, and while the character was supposed to be angry at times, it wasn’t remotely believable coming from Hammer; I never felt the rage and fury that a man should have from witnessing his brother’s heart getting cut out and eaten in front of him. On top of that, Hammer never seemed to click with Depp on screen; this could be because they were at odds with each other for much of the movie, but so are many other pairings in many other movies, and I’d be hard pressed to name another duo that falls as flat. William Fichtner (PHANTOM) fills the role of Butch Cavendish, and while he plays the role with appropriate creepiness and enthusiasm, I never found the character as intimidating as he is made out to be; however, I don’t think the fault there is Fichtner’s, but more the writers. Tom Wilkinson (THE GREEN HORNET) plays Cole, a wealthy railroad man with big ambitions. I have seen a wide variety of Wilkinson’s work, and while I often find the movies he is in to be lackluster, he is always spot on with his characters, and that’s true for THE LONE RANGER, as he gives one of the more engrossing performances of the movie. Ruth Wilson (ANNA KARENINA) steps into the role of Rebecca Reid, widow of John Reid’s brother. She gives a solid performance, but we don’t get to see many sides of the character. 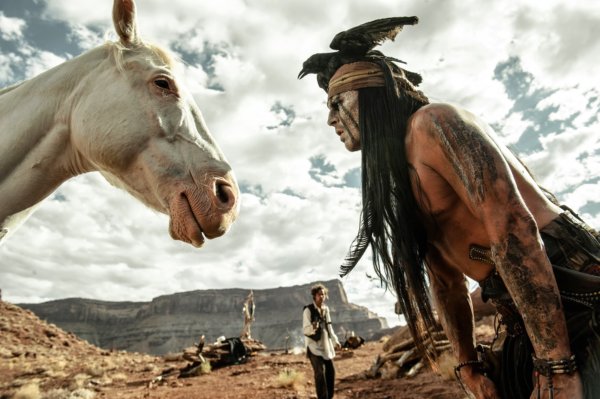 When you get right down to it, THE LONE RANGER is a fun movie, it may drag a bit and some of the performances are lackluster, but when the William Tell overture starts up you forget all that and get lost in a fantastic finale that leaves you with a big smile. If you can lose yourself in a movie, and can enjoy the ride for what it is, than this may be right up your alley; however, if you’re really nitpicky about film, this probably isn’t what you are looking for.