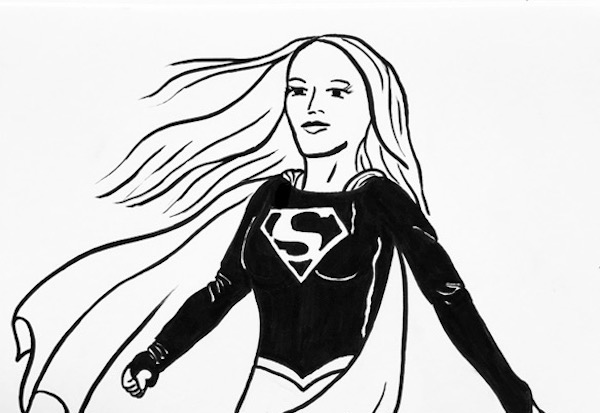 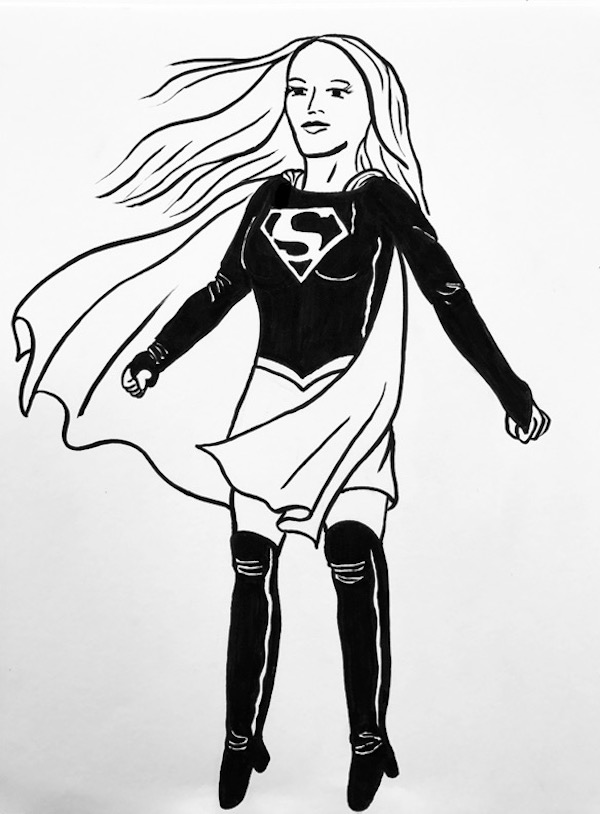 I honestly can’t tell you what network SUPERGIRL was on before it came to the CW.  Was it CBS? I think it was CBS. Who’s idea was that?  Idiot. Welcome to the CW, SUPERGIRL.  I hope you survive the experience.

Okay.  Season 2 was outstanding.  Of course it was. The folks in the Arrowverse know how to make quality comic television…on a budget. You know, I’ll tell you a little secret… I never finished season 1 of SUPERGIRL.  I know, for a fact, that there are episodes in there that I never saw.  I know I watched the crossover episode with the FLASH. Naturally.  I think the season finale had something to do with an alien attack? Were they Kryptonians? Is that right? When it was announced that SUPERGIRL would be joining the CW line up, I immediately started to daydream of ways that they could meld those two worlds together.  Flashpoint? The more I thought about it, the more my brain would melt.  How could ARROW be the first superhero that world has ever known if Superman was already flying around Metropolis?  I couldn’t wrap my brain around it. Of course, the simplest answer was not to combine their two worlds and just give Supergirl a garage door opener that easily brought her to Earth 1.  Well, duh. That was simple. Now that we figured that part out, It was time to figure out how the hell the CW was going to save SUPERGIRL.  Give us Superman in the first episode. Not a bad place to start. SUPERGIRL had a Superman problem from day 1. I mention this ALL THE TIME, but, I call that the “Birds Of Prey” problem.  You can’t build a television show in the shadow of a much larger hero.  It distracts from everything that you are doing. Superman would show up as a shadow or a text message.  He existed and he didn’t. He was Schrodinger’s Kal-El.  It was… frustrating.  The CW writers did the smartest thing they could. They brought him in on the first episode and got it out of people’s systems. “THERE. ARE YOU HAPPY? Can we focus on our badass main character now?” Once that happened (and it was awesome) they moved right along.  Let SUPERGIRL grow on her own merit.  And she did… OH BOY.

I don’t know if you know this about me, but, I’m not a lesbian.  Nor have I ever really had to come out to my parents. So, take this however you want… Alex’s coming out story really made my heart happy.  It was difficult and scary and beautiful. It was a slow realization that was handled amazingly. Alex was always a great character, but, this propelled her to another level. Bravo. Aside from that, this season felt a little scattered. The CW writers immediately went to work on fixing all the problems that were hindering SUPERGIRL’s growth. They had a lot of ground to cover and very little time to do it. I mean, I know CADMUS played a big role in the first part of the season.  That’s right.  Lex Luthor’s mother was the head of CADMUS and they were pushing a very heavy Anti-Alien agenda. Supergirl easily wrapped up that story line.  We even got a Lena Luthor as Kara’s best friend out of it. Cat Grant was out.  Jimmy Olsen was in as the head of Catco. Which only lasted an episode or two until he took to the streets as Guardian. Wynn was out as the overly qualified IT guy and became head nerd at the DEO. Awesome. Let’s talk about Mon-El. Ohhhhh Mike. What an emotional quandary you got me in.  I want to like you.  I really do.  You’re charming. You got superpowers.  You were a spoiled prince on an alien world who discovered humility.  You won Kara over after fumbling it for most of the season.  Still… There’s something about you I can’t put my finger on.  Maybe it’s because this is his origin story? WE ALL KNOW that Mon-El is going to show up in season 3, from the future, as the leader of the Legion of Superheroes.  I mean, we all see that coming, right? We got Earth as an alien safe haven.  We got White Martians. Kara as a freelance reporter. Superman.  Evil Superman.  Mxyzptlk. We even got a tap dance number between Kara and Barry Allen.  Heaven.

Not only was this season far superior than the original season, the CW laid all the groundwork that should have been handled in it’s first season.  The downside of this shift was the show felt a little rushed.  Season 1 ended with a blossoming relationship between Kara and Jimmy, that was immediately shut down in the season 2 premiere. The show went from defeating CADMUS and combating its xenophobic agenda, to battling refugees from Daxam. I will say, the anti-alien subplot felt very poignant…  The addition of Mon-El allowed Kara to explore love, albeit, in a VERY safe environment.  She was dating a dude, with superpowers… Not a lot of risk there.  Maggie Sawyer could have easily been just a character who helped Alex evolve, but she ended up being a much needed addition to the cast. She represented the other side to Supergirl’s heroism.  Maggie was human and she lived by it’s laws. I loved every second of Wynn, especially since they turned him into Cisco dialed up to 11. I loved watching Jimmy become more than Superman’s best friend. Dean Cain did some stuff. Wynn’s alien girlfriend betrayed him, but, he got over it. Alex got a badass alien gun. The Dominators made a guest appearance.  Oh shit!  The crossover!  We were totally robbed with SUPERGIRL’s episode.  HER CROSSOVER WAS THE LAST 2 MINUTES!  Boo pants.  Still… She kicked major ass. She could destroy the entire Arrowverse in a single afternoon.  Shit.  I may need to go watch that right now.  It was perfect seeing her interact with Oliver.  It was very… Batman vs Superman.  But… not as gloomy. Was this season perfect?  Nah. But, it was close. It definitely laid the groundwork to a very solid season 3. I’m pumped.  You pumped?