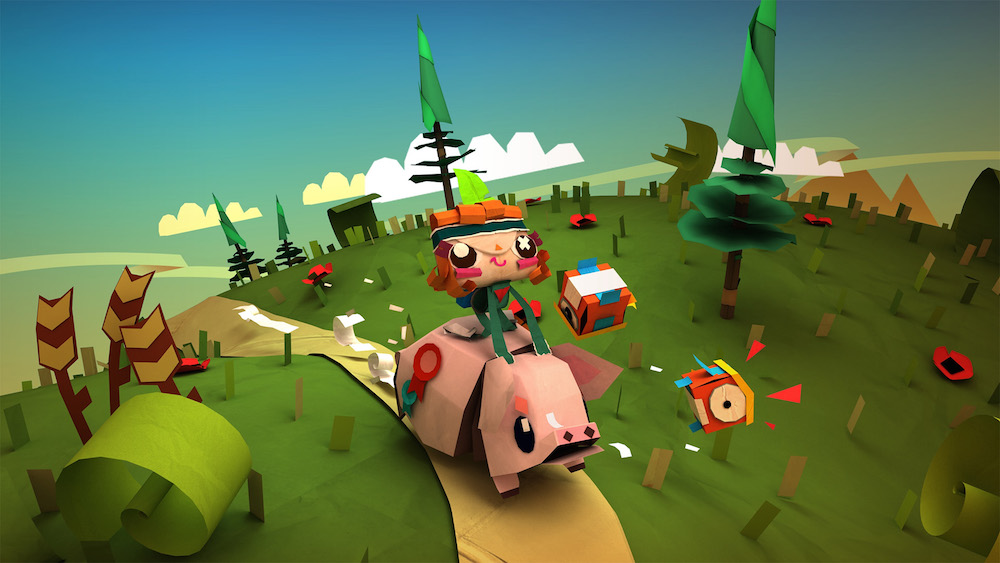 A few years ago a video game by the name of TEARAWAY came out on the underplayed and under appreciated Playstation VITA handheld system. I immediately fell in love with this game and simply could not put it down. I think it’s the last game I played 8+ hours straight. Ok, I took a piss a few times and ate once, but you get the idea. Its charm was intoxicating, its gameplay was extremely unique, and that soundtrack had my toes tapping for weeks on end. It was a wonderful experience and when I had completed the game and received that illusive platinum trophy I was genuinely bummed.

Fast forward to 2015 and we see the remake/reboot of sorts landing on the Playstation 4 under the name TEARAWAY UNFOLDED. While a lot of the original game can be found within, there are a ton of new additions and expansions here to warrant a look. Plus, any new TEARAWAY is good TEARAWAY…at least I hope. Take a look at the trailer and see for yourself.

While this does indeed look awesome and fun, I worry that a lot of the original game’s charm will be lost on consoles. The VITA version felt very personal and up close and personal with it’s use of the built in camera, touch controls, and overall interaction with the universe. Sitting far back on my couch, with no camera, and a controller may lessen the experience. But who know, this one may be just as good on it’s own for different reasons. Fingers crossed.

My advice to you as a gamer would be to play this on VITA first if at all possible. I have a feeling it’s the definitive version of this game. Then, I would view TEARAWAY UNFOLDED as more of a companion game as I’m sure it will be worth your time and money. And in the likely situation that you do not own a VITA…UNFOLDED will be better than nothing a t all.

TEARAWAY UNFOLDED swoops onto your PS4 this month on September 8th 2015.