ROGUE ONE: A STAR WARS STORY Movie Trailer is Here and it’s Glorious! 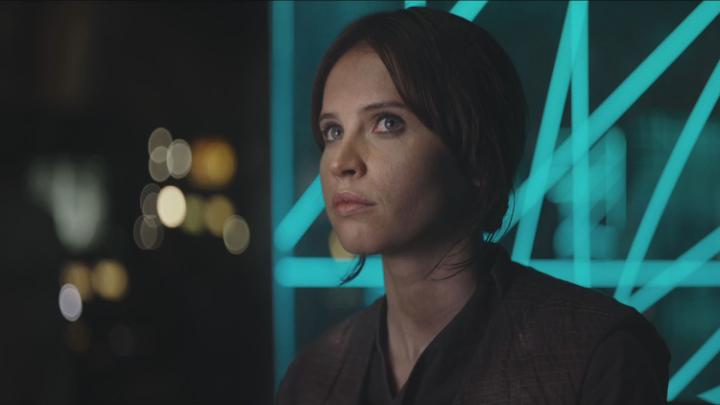 Rebels set out on a mission to steal the plans for the Death Star. ‘Nuff said.

Damn this trailer delivered! Disney is at it again with its first live-action feature film since the hugely successful STAR WARS: THE FORCE AWAKENS graced our collective eyeballs. ROGUE ONE is Disney’s first spin-off film of many many more ensuring there is a STAR WARS film at least once a year. 10 years from now we may be complaining of over saturation, but hot damn I’m not complaining now because this look spectacular.

ROGUE ONE is directed by Gareth Edwards, the man responsible for 2014’s GODZILLA remake, and stars the extremelly likable Felicity Jones as Jyn Erso. Jones looks to be a strong female lead here who will be surrounded by the likes of other great actors such as Mads Mikkelsen, Donnie Yen, Alan Tudyk, Ben Mendelsohn, Forest Whitaker, Diego Luna just to name a few. Basically, everything I’ve heard about ROGUE ONE so far is amazing and this new trailer just put it to the top of my most anticipated movies of 2016 list.

I’m really impressed with how this trailer hit all the right nostalgic notes with me. It really goes to show how sound plays a key part in any great film. I imagine just listening to this trailer with my eyes closed would get me pumped. Not to mention that dead to rights Mon Monthma, Storm Troopers, Rebel fighters, blasters, X-Wings in a hanger, AT-AT’s, the freaking Death Star being built, a damn Gonk Droid, and oh so much more! And all the new stuff looks sweet as hell too! An evil white-clad Imperial who look daunting as hell and a badass with a bo staff kicking ass? Yes please! My concerns for these spin-off films are calmed at the moment. I’m going to enjoy this feeling whilst it lasts.