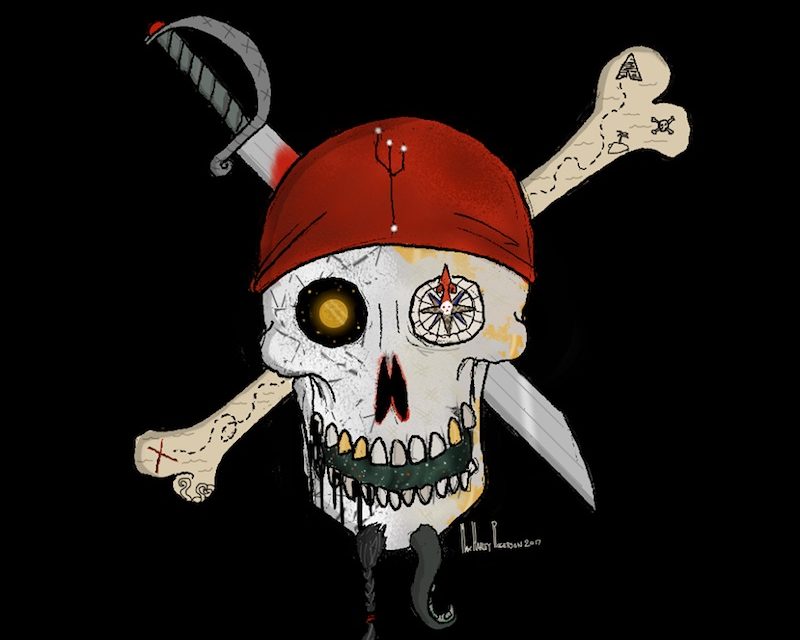 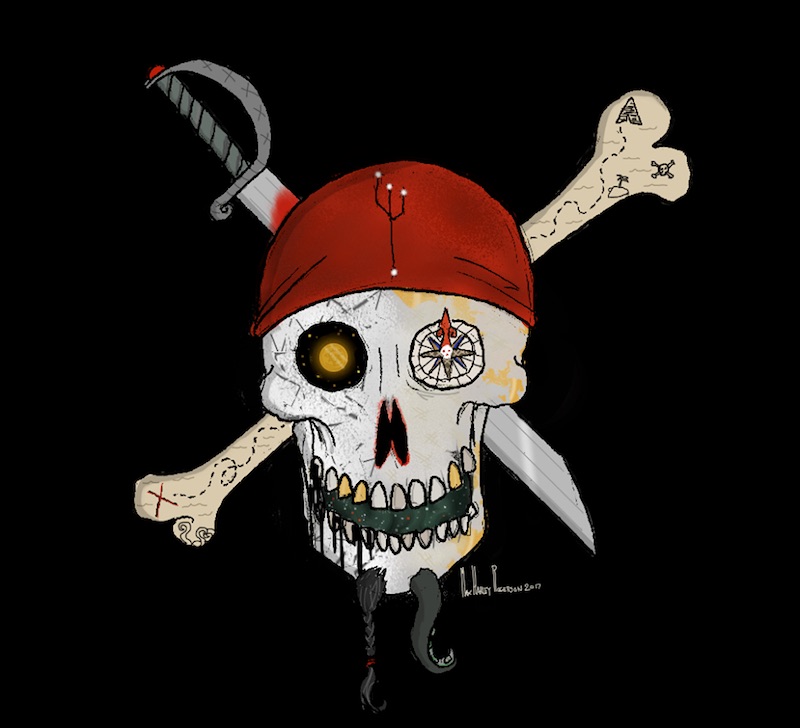 Spoiler: There will be no pirate puns in this review.

Alright. I’m confused. Will Turner stabbed the heart of Davy Jones and became captain of the Flying Dutchman.  Easy.  This means that he is now responsible for ferrying the souls, of those who die at sea, to the afterlife.  Double easy. It’s not as swell as it sounds.  You see… You’re only allowed to go on dry land for 1 day, every 10 ten years.  This is a major kick to the anchors. Especially if your wife is Keira Knightley.  When Davy Jones had the position, he returned to dry land for his conjugal visit with Calypso and she wasn’t there waiting for him. RUDE. This turned Davy Jones into a huge dick that refused to do his job.  That’s why he turned into Sir Crabkins and his crew looked like their parents laid with fish. Not our boy Will Turner though.  The post-credits scene of AT WORLDS END showed Will returning to land to visit his Elizabeth and their son after his first ten years.  He looked as dashing as ever! Which means, he was doing his job!  Now… Flash forward to DEAD MEN TELL NO TALES. Will Turner is covered in barnacles.  Why?  You’re left to assume it’s because Captain Salazar is running around as a drowning ghost and that’s messing up Will’s side business. Here’s the rub… Young Jack Sparrow is the one who turned Salazar into a ghost. Which means… Will should have had barnacles when he first visited Elizabeth Swan.  Unless it takes 10 years for the curse to kick in? … What am I doing with my life?

I’ve watched these god damn movies so many times that I don’t know where I end and Orlando Bloom begins. They’re fun. They’re beautiful. I’ve heard people say that “the second one isn’t as good as the first” or “the first movie was the only one that was good.”  WHAT. THEY ARE ALL GOOD. This ain’t your momma’s MATRIX. Each movie has everything you love about the last and then some. Shit.  I might marathon all of them as soon as I’m done writing this article. Here’s where I completely contradict myself.  I can’t really remember ON STRANGER TIDES. I’m trying to think of a franchise that tried to reboot in a new direction, with the same cast.  SAVED BY THE BELL: THE COLLEGE YEARS.  STRANGER TIDES was good and all.  It had a lot of the elements that made the original movies fun.  But… It just felt forced.  Which is odd, because, it’s probably a better film in a lot of respects. Was the mistake thinking that Jack Sparrow was the main pull in these movies? He is great, but, only when he’s in the mix with the likes of Barbossa and gang. All I know… DEAD MEN felt like it was back to basics and that’s fine.  I guess. It starts off with Jack Sparrow all washed up (not a pirate pun) and desperately trying to regain his legendary status. The symbolism is not subtle and makes you wonder why they pushed it so hard.  Lean into it? Show you what happens to a hero, years after the franchise ends? Regardless, they obviously felt they needed to draw more heavily on the original films and they did. Will’s son is on a quest to free his father from the Davy Jones curse. I want to say his name is Henry?  He runs into a woman on a similar journey, so, they join forces and fall in love. Her name is Carina.  Right?  Anyway. They have to go somewhere and get something to break the curse, while trying to outrun a crew of “pirate hunting” ghost and the royal navy. Jack Sparrow tags along and drinks some rum. Cool.

PIRATES OF THE CARIBBEAN: ON STRANGER TIDES Movie Review

There are a few re-occurring techniques used throughout these films that I really dig.  The first is when they turn items, that we’ve seen repeatedly throughout the franchise, into major plot pieces. A compass. A wooden eyeball.  A small pendant.  We glance over it one movie and then it becomes something monumental in the next. “It’s just a broken compass.  Actually, it points you in the direction of the thing you want most.  ACTUALLY… It’s a binding tool that keeps evil ghost at bay and if you ever betray it, it will set free your darkest desire.”  Cool. Another favorite tactic of mine is when they discover a new nautical artifact to write about and give it whatever powers they need to resolve the plot. “We need a nautical mcguffin that can both free Will of Davy Jones’ curse AND be powerful enough that everyone wishes to possess it.  Have we used Poseidon’s trident yet?  No?  USE THAT!” And you thought all it was good for was giving mermaids legs. Another device is the war of three.  You have the good pirates vs the bad supernatural pirates vs the royal navy.  This is the standard Pirate formula and it works.  Most of the time.

Did I enjoy this movie?  Sure.  It wrapped up the Swam/Turner story line.  Maybe set up a sequel for them…?  I couldn’t give two shits about the new stars of this movie.  The kid who is an expert on legends and is obsessed with freeing his father from his curse and the woman of science who is always stuck wearing a dress and being called a witch.  I’ve already forgotten their names. They didn’t have nearly an ounce of whatever it was that made Bloom and Knightley so outstanding.  Jack Sparrow felt like he was over all of this. I don’t know why they felt the need to redeem Barbossa? He’s a piece of shit and he’s always going to be a piece of shit.  Why make him out to be something greater? I’m happy they were able to get Keira back for an hours worth of work. “Stand on this hill.  Great.  Lay in this bed. Awesome.” Is it weird that one of my grips was that the background pirates weren’t as entertaining? The visual effect were stunning, but, the film lacked overall beauty. So. Do I recommend this movie? Sure. If you’re a PIRATES completest, then you definitely need to SEA it.