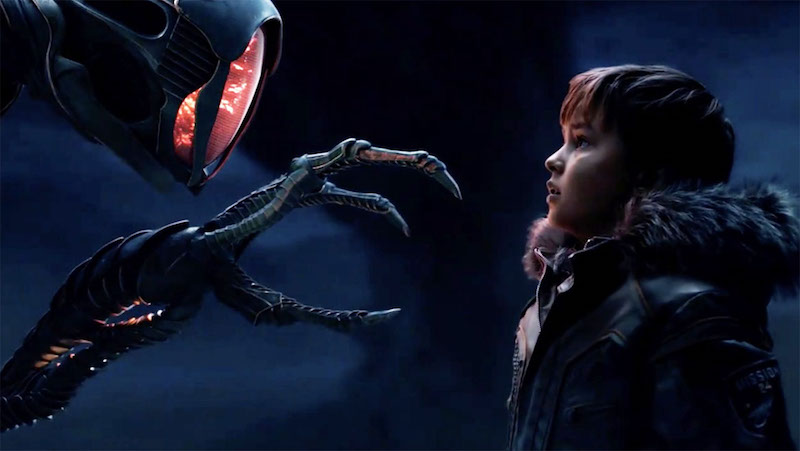 Guilty pleasure alert! I kind of still like 1998’s LOST IN SPACE reboot film. Yeah, the one starring Joey from FRIENDS. I saw it a few years back, and aside from some shoddy CGI, it was still pretty entertaining. What does this all mean!? I’ll figure it out later.

This time around LOST IN SPACE is returning to TV, well Netflix, in a 13 episode season chronicling the adventures of the Robinson family as they, ya know, get lost in space.

The Robinson family, part of a highly trained mission to establish a new colony in space, is unexpectedly pulled off course forcing them to crash land on a lost planet. Danger will find them.

I’m a pretty huge sci-fi fan. I dig pretty much everything Netflix is doing these days. And I see a lot of potential in this series. Besides, the above trailer ain’t half bad. So I guess I need to add yet another season of TV on my Netflix list. It’s really getting quite excessive. TV needs to slow the shit down already.