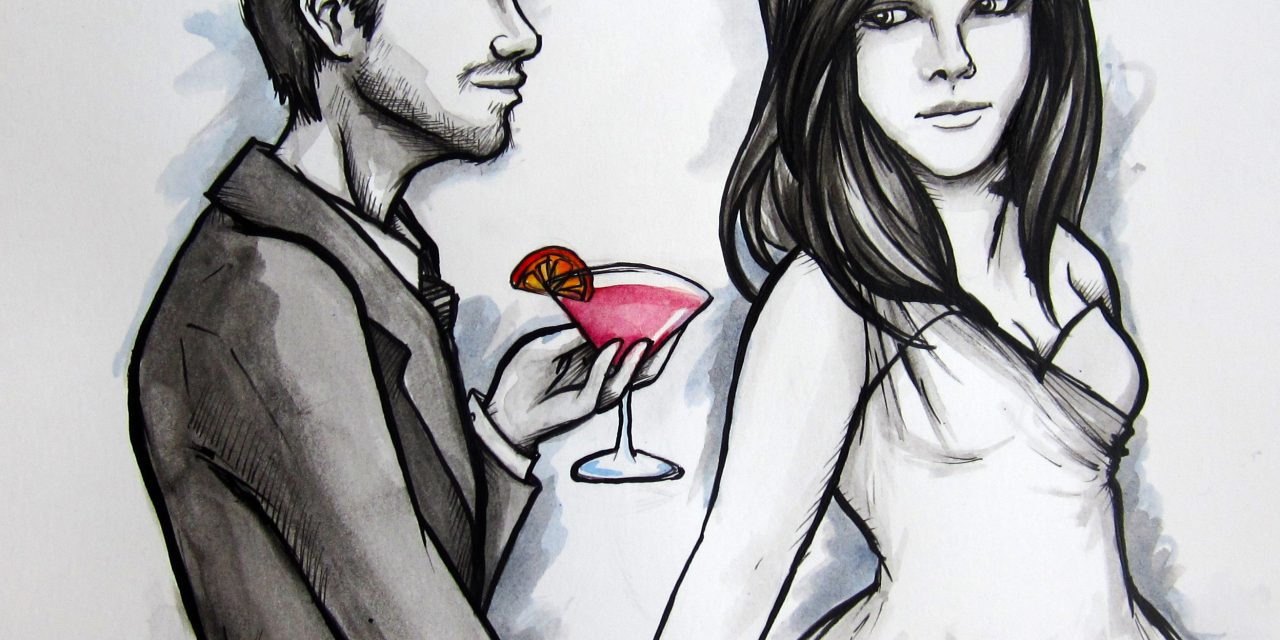 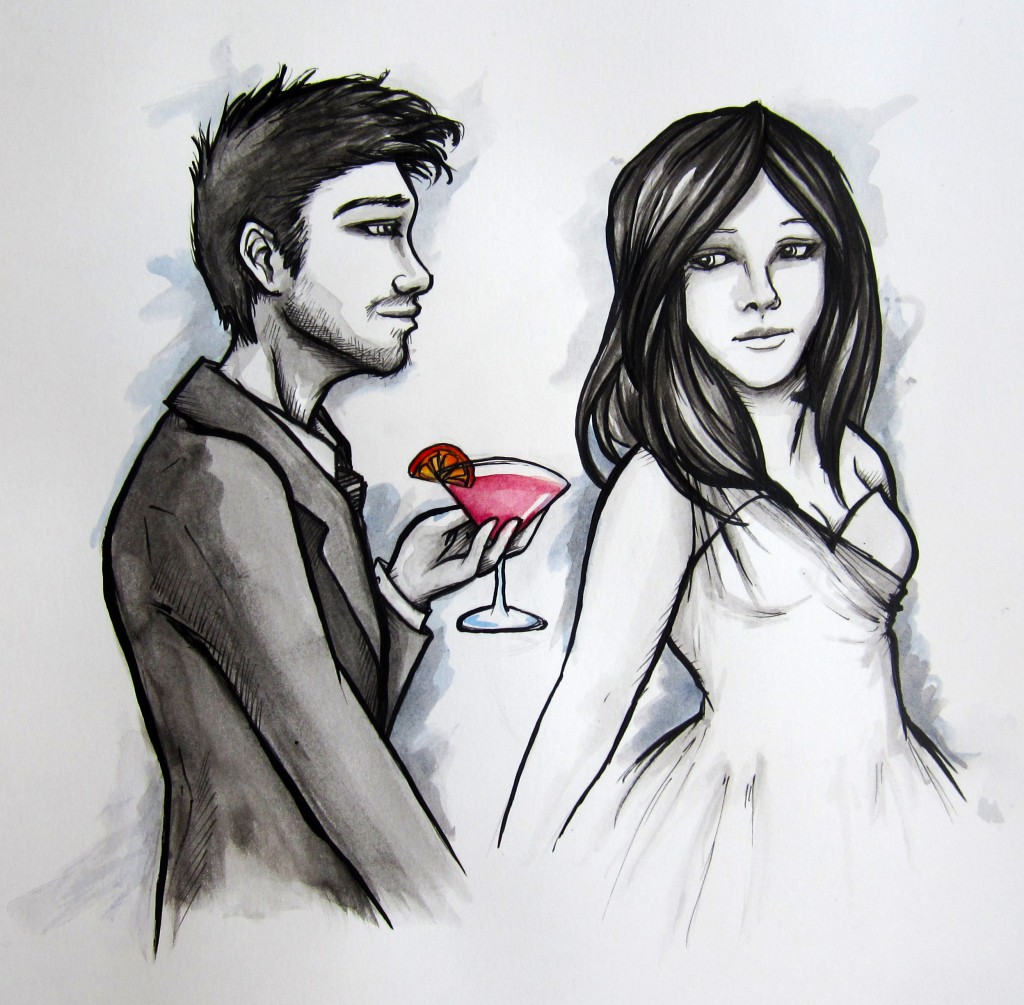 Warning: The following review was written by a man who is neither a Whedonite nor a Shakespearean nerd. He was merely intrigued by Joss Whedon’s foray into a black and white microbudget adaptation of Shakespeare’s MUCH ADO ABOUT NOTHING. Third person references notwithstanding, this review is going to get personal (as in I will be talking a little about myself –not “personal” like making fun of Joss Whedon’s male pattern baldness).

It seems that films adapted from the works of William Shakespeare are in a genre of its own. If you don’t like them then perhaps you just “don’t get” Shakespeare. You can be made to feel like a philistine because you find the “Old English” really hard to follow (or rather, “Early Modern English” as I just found out on Wikipedia). I’ve never been much of a Shakespeare fan. I really dug Macbeth when I read it in high school but couldn’t get into any of the other mandatory readings. I divulge this because I’d like to make it clear that I went in with a clean slate. I knew nothing about the play MAAN aside from the fact that it was one of Shakespeare’s lighter comedic works. To boot, aside from a select few adaptations, I don’t think I’ve seen too many of his works on the silver screen. Why did I voluntarily watch this one on the big screen? In addition to my desire to periodically leave my comfort zone I was interested in the man behind the camera. After FIREFLY and SERENITY I figured this Joss Whedon guy was someone to keep an eye on (disclosure: I haven’t seen any of his other TV so I don’t self identify as a Whedonite) especially after last summer’s behemoth called THE AVENGERS. When it was announced that Whedon had secretly shot a Shakespearean adaptation of MAAN at his house with his famous actor friends my interest piqued. According to Whedon, the idea came about when he’d have his friends over to read plays. He knew he wanted to one day film a movie at his gorgeous house so the two things naturally worked into each other. On paper, the idea of Whedon + Shakespeare is gold. The latter’s acerbic wit should mesh well with the former’s care for character narratives. The question is does this movie work as a movie or is its back story needed to fully appreciate what’s going on? Or worse, do you have to be familiar with the source material and love its story and characters for the movie to work? That’s more than one question. 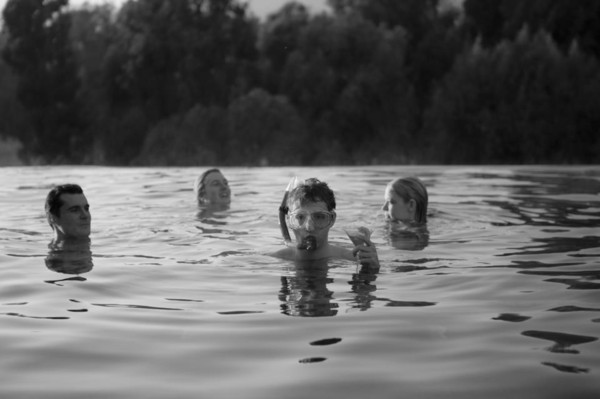 But first, another question: what’s this movie about? There’s a rich family (everybody’s a noblemen and cleverly all dressed in suits –it takes place in present day) that is headed by Leonato (Clark Gregg from THE AVENGERS movies). He has a quiet innocent daughter (Hero is her name) and a loudmouthed niece (Beatrice). It turns out another noble man (Don Pedro) will come through with his entourage and stay at Leonato’s place for a month. They have come back from war and are in a celebratory mood. Don Pedro’s right hand man, Benedick, knows Beatrice and dislikes her. The feeling is mutual. They love to bicker and throw vile words at one another. They probably like each other, too. Don Pedro has another guy under his command (named Claudio — Fran Kanz from CABIN IN THE WOODS). Claudio really wants to wed Hero, Leonato’s daughter. And also, since it’s whimsical Shakespeare, they all conspire to trick Beatrice and Benedick (both actors from BUFFY or ANGEL or both) to confess their love for each other. And also, since it’s Shakespeare, Don Pedro’s brother Don John (actor Sean Maher from FIREFLY and SERENITY) really wants to screw everyone over since he’s so evil. He conspires to ruin some lives. No spoilers here. Don’t worry. The movie, since it’s Shakespeare, has a lot of gossip and behind-the-scenes-machinations but the movie is light in tone even when it gets heavy. Almost like a fairy tale. There’s “much ado-ing” and usually it’s about nothing. 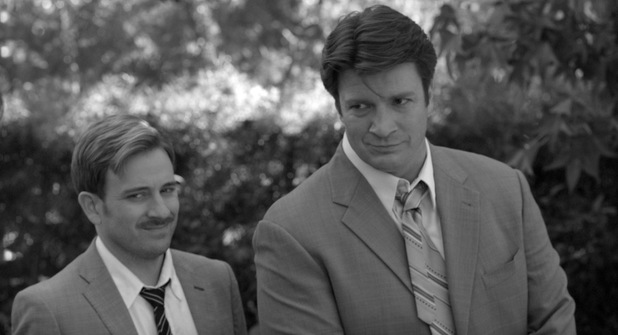 Unfortunately, so is this movie (clever, I know). The film had me not just bored but a little perplexed at the simple film that was unfolding before my eyes. I am the first to take offense to those who claim movies as “boring” or “slow” but given Whedon’s track record I figured at the very least I would find myself engaged and entertained. It seems that he bowed down to the gargantuan reputation of Shakespeare and his words so much so that he painted himself into a corner. The director’s hand in this project was minimal. Up and down the board. The film’s success hinged on the actors and their chemistry (more on that later).  The writing (plot beats and dialogue) was all Shakespeare so what was Whedon left to do? He neutered himself of his strong points. Movies are a visual medium but Whedon did nothing interesting visually. The editing and composition of the shots were very flat and straightforward (or classical, to be nice). When adapting a play to the big screen a filmmaker is given the opportunity to take advantage of the creative avenues that the visual medium offers. In Whedon’s MAAN there is little re-imagining or creativity into the visual representation of Shakespeare’s words save for a flashback or two of softcore lovemaking. Also, there were “fade-to-whites” which added to its fairytale vibe. Even the music seemed stock whimsy with telegraphing clarinets (sorry, Joss, I know you scored the film also and it was your first go so I’m happy for you that you’re expanding your horizons but I just didn’t buy it this time). But the supporting cast worked well. Nathan Fillion (FIREFLY and SERENITY) as the bumbling Constable Dogberry. Fillion does a fine job with the comic relief role of the film. His Dogberry is equal parts unqualified and endearing as he spews malapropism after malapropism in that self-effacing way only Fillion can bring to a character. Clark Gregg as a free-wheeling affluent host is a delight to watch whenever he finds himself on screen. Unfortunately Gregg and Fillion aren’t in much of the film and the heavy lifting rests on the four love/hate struck characters of Beatrice, Benedick, Claudio and Hero who left me disengaged and dissecting the technical aspects of the movie. This is not what you want your audience to be doing while watching your movie.

I wanted to like this movie. I was ready. I like Whedon, the cast, and the whole “idea” of this movie, its backstory. I even love black and white photography which I thought would add to the timeless nature of Shakespeare (unfortunately, it was a little too grey and lifeless for me here). Alas, maybe my sensibilities are too contemporary to “get” Shakespeare. I liked it enough, however, that I am open to revisiting it years down the line. If you are a Whedonite or Shakespeare nut then by all means give it a go. I might be making tons of ado about very little.