IT Movie Trailer Already Scarier Than Most Films I’ve Seen 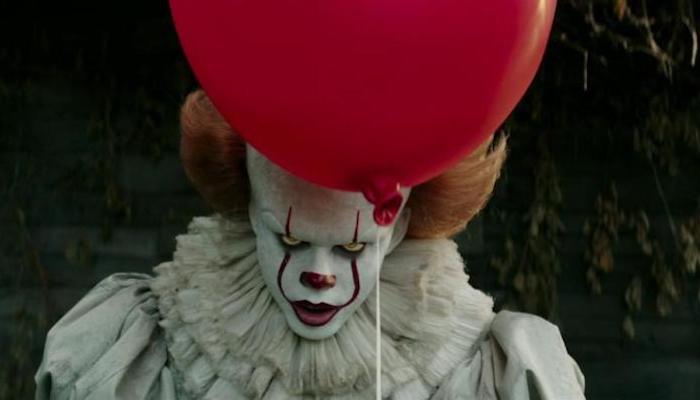 Can you believe it’s been 27 years since the IT mini-series aired on television? Some of you reading this may not have even been alive! Based on author Stephen King’s 1000+ page novel, IT centers around a rag tag crew of 7 pre-teens haunted by a demon who appears in physical form as the clown Pennywise. If you were never scared of clowns, IT probably changed that. I think a good way to put it is to say  IT did to clowns what JAWS did to sharks…made us all fucking scared.

For a detailed account of exactly why I am personally scared of clowns, be sure to check out our latest podcast episode all about book to film adaptations. Good stuff.

After all these years, I finally decided to read Stephen King’s IT. I’m in the middle of it now. I guess I never tackled this book before because it’s long as hell and I was uncomfortable at the thought of being scared for that long. Horror movies I can handle with their 2 hour runtimes, but 50+ hours of being scared shitless is a tough sell. Whatever, I’m in it now and it’s an amazing book so far.

And admittedly, the above trailer was a major reason I decided to finally take the plunge. It’s very well done, gave me goosebumps at least 3 times, and Pennywise looks completely horrific. I dig everything about this trailer including the overall tone, the jump scares, the nostalgic STAND BY ME vibe, and the cast. While I have fond memories of the 1990 classic, I think this new version is going to be something special.