In Defense Of: The CW’s ARROW 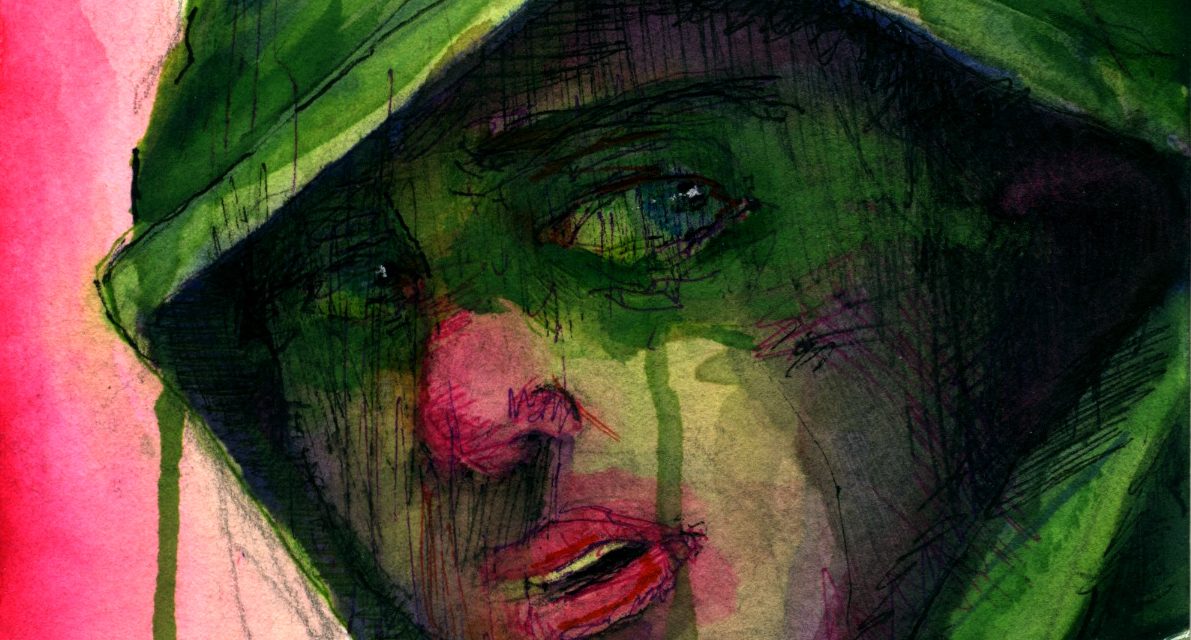 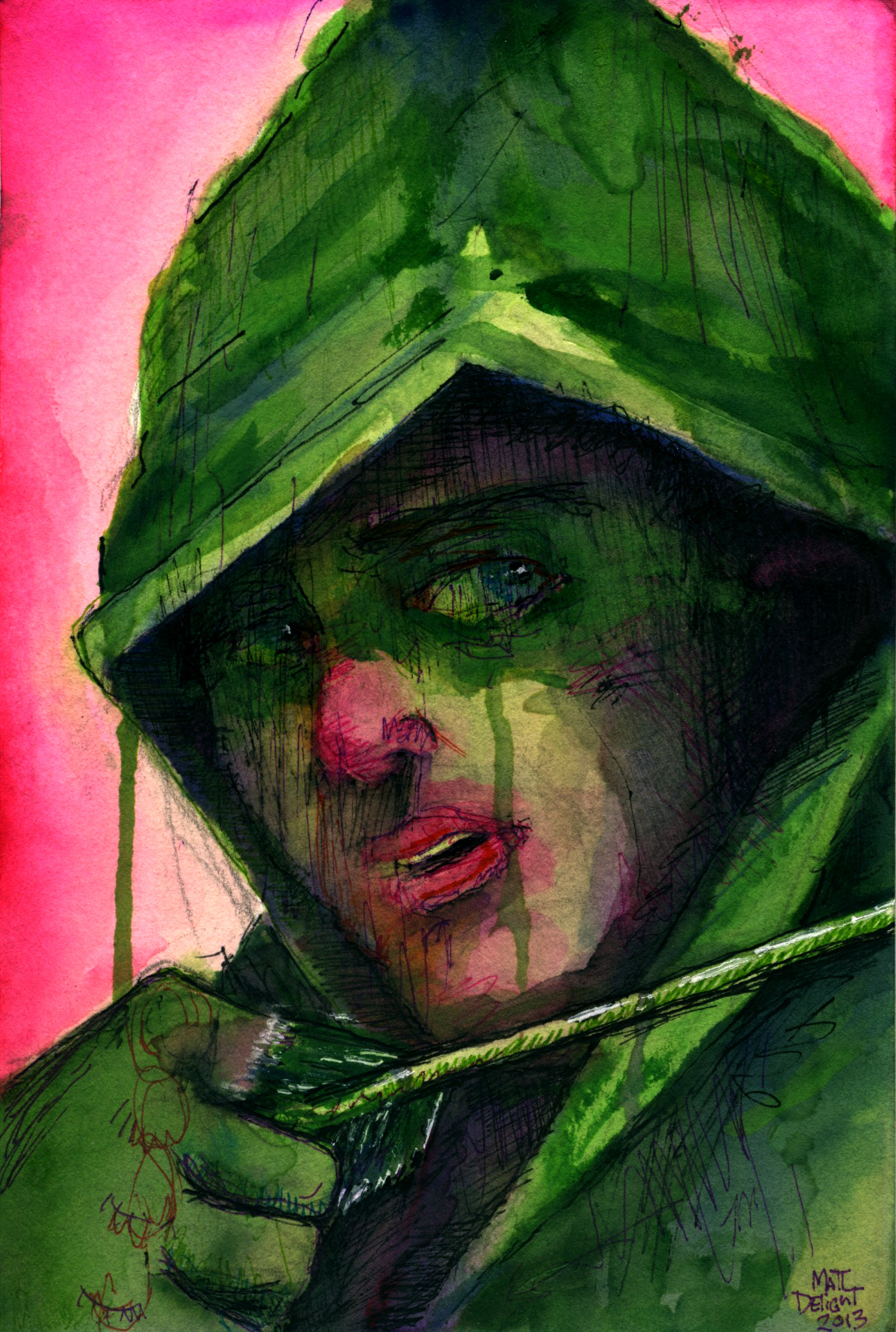 Call me crazy, but it is my personal opinion that without a doubt, the greatest television show, in all of recorded history is.. (no, it’s not M.A.S.H. or even After M.A.S.H.) …but the CW’s ARROW!

O.K., so I’m obviously talking in hyperbole. I was inspired after having looked up some of the intense internet reviews on ARROW. It seems to be the exact polarizing discussion that ARROW seems to warrant. The online community either seems to love it or hate it. I think that’s totally slightly unfair on both accounts. I mean, I’m a grown ass man. So I can appreciate why a show like ARROW is most likely never going to sweep the Emmys. However, it’s way better than, “It’s better than it should be”. Actually, if I was to be completely honest, it is currently the show I am most looking forward to week by week. Yeah, no foolin’. The CW’s ARROW.

Most folks I know have only seen the season premier, if they have seen it at all. So most conversations I have about ARROW range from the almost polite, “really?” to the actual polite “Yeah, I caught the first episode…yeah, it was pretty good. It had Deathstokes’ mask.”

Since I’m selfish and would hate to see the show cancelled. (Oh, and I like my opinions validated.) Please, allow me to address anyone who is ‘on the fence’ on this whole ARROW thing. (As lovers are gonna love, just as haters are gonna hate.) 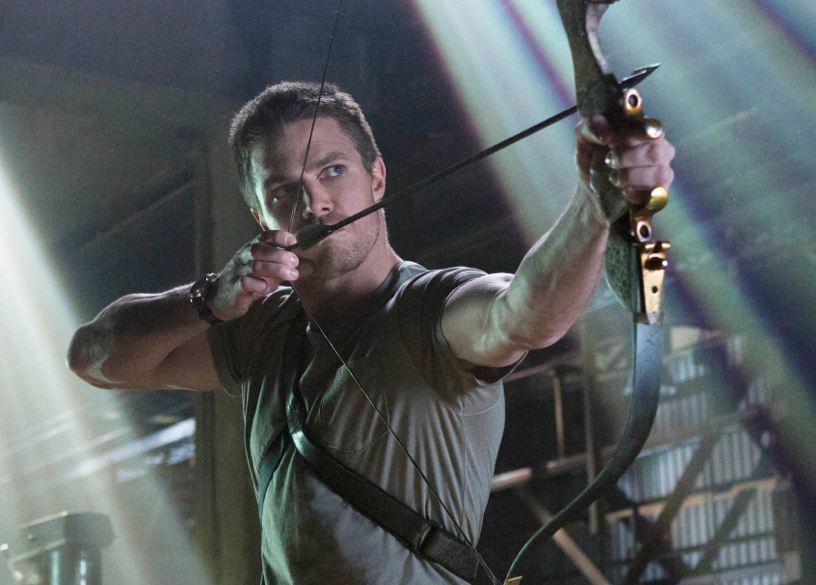 See, now in my mind, the season premier wasn’t just good, it was near great. The origin story was so brutal it really makes Bruce Wayne look like a Willie Lumpkin. It was a true  WTF moment, were I found myself screaming at my laptop “Are you effing kidding me!” ‘Rewinding‘ it in disbelief. It is almost comically grim. It sets the stage nicely for how dark the show revealed itself to be. This Green Arrow (they refer to him as The Hood on the show) appears to straight up murder fools. Making his war against crime/villainy a vendetta on par with Frank Castle, AKA The Punisher.

However, it has way too many fun gimmicks to get too bogged down in Anti-hero heaviness. Perhaps my favorite gimmick is the Book of Names. Which is this small, leather bound book given to Oliver Queen (The Hood/The Green Arrow) by his father. The book is a giant shopping list of names that Oliver has to cross off one by one (in no particular order mind you) to right the wrongs of his father…and, in theory, save Starling City from…i don’t know…evil.  Unlike, a Batman or a Punisher who’s particular wars against crime are seemingly unending. The Book has only a finite number of names. Granted there are hella names. It gives the series a directed mission. A sense of accomplishment every time Oliver crosses a name off the list. And, if need be, an end point to the series. It’s not unlike the shows ‘The 13 Ghosts of Scooby Doo’ or ‘The Friday the 13th the series’. (Two shows I also really dug)

And as if to turn the dial from outrageous two-fisted actioner, to straight up comic book adventure the premier literally ends with Ollie (The Hood) foiling a crime boss with a trick arrow. The Arrow is a pure comic book television show with its roots cemented firmly in comic book concrete. This has only been proven in subsequent episodes.

As improbable as it may seem, the series does not drop off completely after the first episode. But rather maintains and picks up the pace. (Which is usually the curse of niche/genre television. BLADE and MORTAL KOMBAT respectfully spring to mind)

Only twelve episodes in and we are already treated with Deadshot, The Huntress, Deathstroke, The Royal Flush Gang, and China White. Now granted, I had to look that last character up. But, as it turns out, she’s from the comics. Apparently from GREEN ARROW: YEAR ONE which was written by Andy Diggle.(Diggle, my favorite character on the show. He’s like an all awesome Kato and Jiminy Cricket package) Also, I’m pretty sure that was supposed to be Firefly in episode 10. It’s exciting to see this growing pantheon of characters introduced, and this reoccurring rogues gallery established. 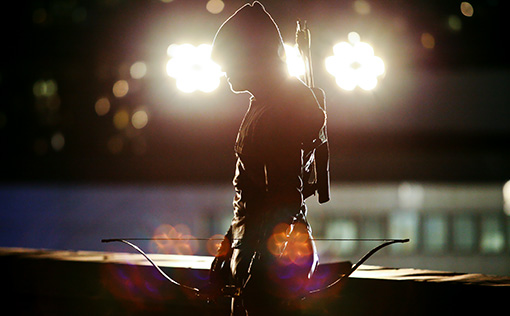 These characters I might add that are, for the most part, in costume. Which is why I think I’ve always had a hard time getting into the various Superman shows such as the CW’s SMALLVILLE (even though they dabbled with it later on in the series). And the lack of recognizable costumed villains really prevented me from caring about THE FLASH T.V. show at all. Granted, one could make the argument that the costumes are far from faithful. To be honest, I think Deathstroke looks ridiculous. Furrowed eyebrows on a mask? Who would do that? It’s so ‘REAL GHOSTBUSTERS’. However, as baffled as I am with the direction of it, I’m still happy they went in the direction they went in. The direction of a costumed maniac. The producers could have just as easily gone with an old guy with a patch and a goatee. Ya know, something decidedly not comic book.

Now, I don’t really want to go into all the inherently charming flaws about the show. Like wigs straight from the Nic Cage playbook. Or beards so wonderfully fake that the words ‘Spirit Gum’  glued to the chin would have looked more believable.

Remember that it is a CW show, so it’s restricted to that particular networks tropes. The actors are going to be CW beautiful with slightly over the top, melodramatic performances. It’s also gonna be light on locations, heavy on sound stages. (Thus the recurring malt shop motif) However, if you can come to an acceptance of these limitations, I think the show transcends mere genre proclivities. Plus, I could argue these particular obstacles actually seem to mirror the symbols and conventions of comics making it a better show.  So, if one is not opposed to those particular conventions, some of this world’s impossible should start to rub off. Because, beard believability is not the criteria I would use to measure the merits of a show about a millionaire who fights super-crime using a bow and arrow.

I measure it by dope keyboard flares in the score, bodacious fights, killer abs and stunts, slightly preposterous dialogue, and good plain comic book fun. All of which ARROW has in spades. Actually, I believe IF they can pull off reoccurring villains then it is possible that ARROW could do for live action superheroes television what BATMAN: THE ANIMATED SERIES did for animated heroes. Yeah….think on that.

I think you should watch every episode. At the very least to prove me wrong.