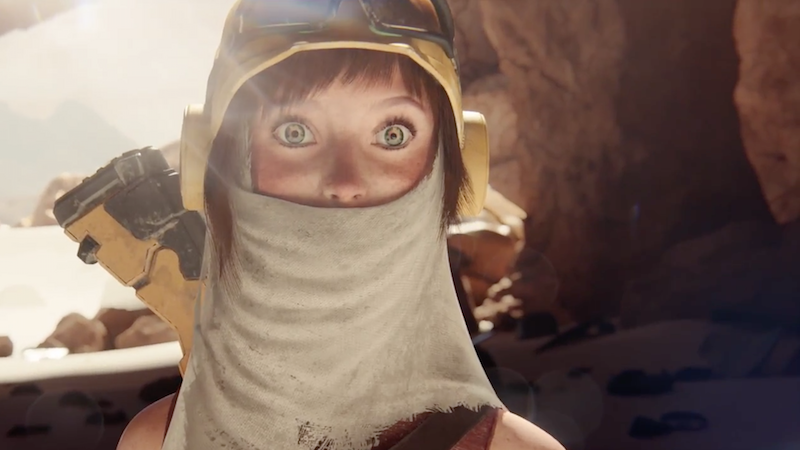 Microsoft’s E3 presentation this year was absolutely amazing. I’m happy to say that the company is finally leveling off with Sony after a few rough years including a bit of an identity crisis concerning the user experience. It seems like Microsoft realizes, especially with the new XBOX ONE S, that gamers mainly want…games. Who knew. And when I see games popping up under Microsoft’s umbrella like RECORE, my nostalgic little heart warms.

From the legendary creator Keiji Inafune, and the makers of Metroid Prime comes ReCore, an action-adventure crafted for a new generation. As one of the last remaining humans on a planet controlled by robotic foes bent on your destruction, you must forge friendships with a courageous group of robot companions, each with unique abilities and powers. Lead this band of unlikely heroes on an epic adventure through a mysterious, dynamic world. You can’t save mankind alone. Survival Starts in the Core.

While this may not look like the most beautiful game of the year, it seems to focus on gameplay over style and awe. Hey, that formula works for Nintendo along with a lot of the great indie games we’ve been getting lately. Platforming, cool weapons, puzzle solving, interesting landscapes, and some experimental gameplay mechanics seem to be the name of the game here. Fans of games like RATCHET & CLANK, METROID, CASTLEVANIA, MEGA MAN, and pretty much anything RARE has put out should be very excited for this game. And with a price tag of just $39.99 (even cheaper if you pre-order on Amazon), you can’t go wrong.

RECORE should definitely be on your radar as it lands later this month on September 13th!