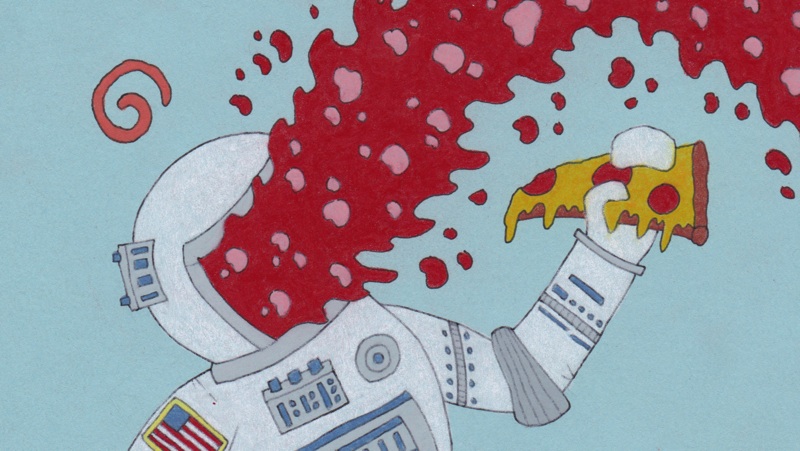 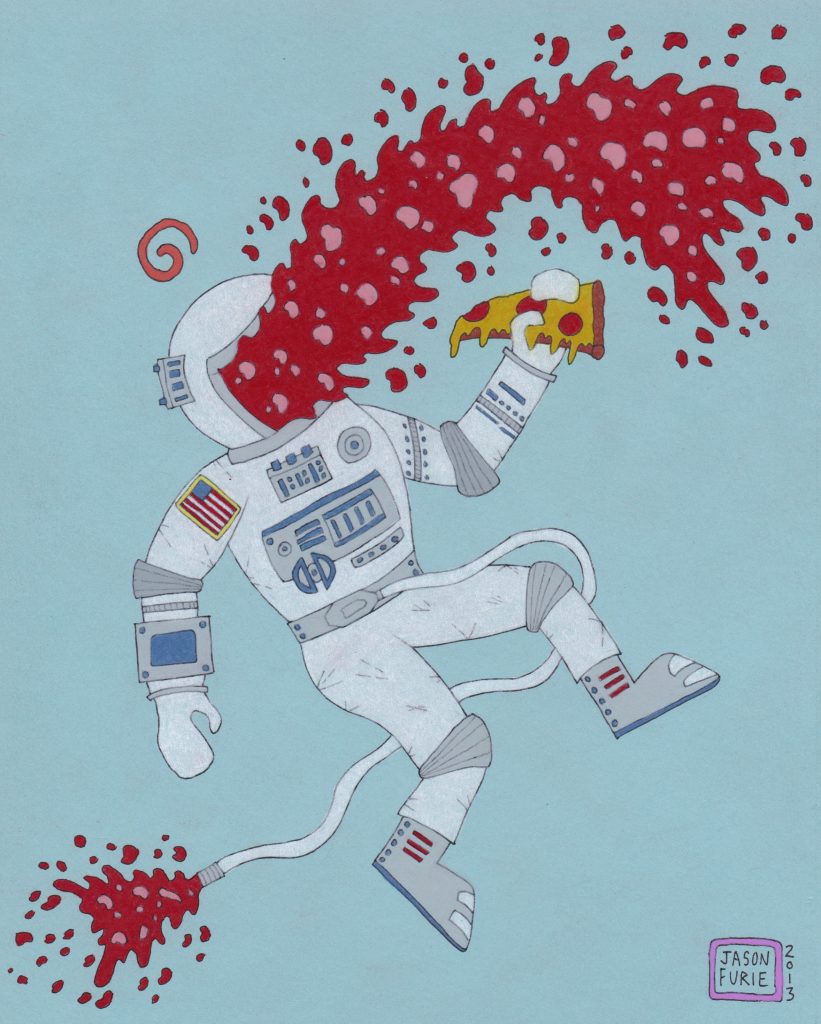 When I was twelve years old I had my greatest movie going experience watching Ron Howard’s APOLLO 13. I became so sucked in that during the entire segment where Tom Hanks and his crew are offline and drifting around the freezing shadow of the moon, I remember physically shivering in my theater seat. I can’t say exactly why or how — maybe the AC was blasting — but I was unequivocally inside the movie.

From the day I first heard rumors of the movie called GRAVITY to the experience of watching Sandra Bullock at the controls of the Chinese escape pod Shenzhou, I hoped to reach a level of investment near what I had reached almost twenty years previous. Being about space, my hopes for GRAVITY were heightened. Call me a space movie geek. The critical adorations it received in the festival circuit lumped on more expectation. I knew I was going to watch it, and I knew it would be great — like, for sure. Beyond that, as much as I could, I kept a tight lid on my urge to find out any more. So, finally watching it, I knew only the premise and the names involved.

Story-wise, GRAVITY is fairly simple. Stone (SANDRA BULLOCK) and Kowalski (GEORGE CLOONEY) are two astronauts mending the Hubble Space Telescope, when — GASP! — things go terribly wrong. Sounds lame, maybe, but imagine a movie where the antagonist is freaking gravity. JUST IMAGINE THAT. Now, stop imagining it, shell out twenty bucks (or cast the dice lifting a pair of 3D glasses from the bin and hoping nobody claims your seats) and enjoy, because that movie really exists, and it’s cinematically astounding.

Unfortunately, the Cuarón brothers felt the need to give Bullock’s Dr. Ryan Stone a past of tragedy, regret, and heartache, supposedly to elicit more sympathy from viewers. The problem? From the beginning, we have no reason not to sympathize with her: when we first see her, she’s a vulnerable, out-of-her-element scientist who’s never traveled to space. She’s nervous, nauseous, and looking forward to going home. That’s literally all you need. Everyone is instantly on her side. As for motivations — well, people say the survival instinct is pretty strong, and with ten-ton chunks of space debris are hurtling at a person, we understand that they get out of the way because of self-preservation, not because they’re struggling with a haunted past.

I’d like to take this moment to go back five years to Cuarón’s previous film, CHILDREN OF MEN, one that didn’t pretend to fill in any character’s past beyond what was necessary. There was a brilliant weaving of stories and characters going in and out, out and in, a masterfully hidden orchestration that gave a sense of hugeness and concurrent happenings; therefore a sense of being part of something alive. The fact we see some events while others occur offscreen give us the trueness of being with the characters in the story. We don’t have an omniscient eye. We aren’t always there to witness the pivotal moment. Yes, there are bombings and kidnappings and ambushes; no, there’s no downtime used to explain how people got to where they are. The story is tight as a drum.

Like CHILDREN OF MEN, GRAVITY holds fast to its main character; there is no scene in which she is absent. Unlike the former, however, GRAVITY’s hugeness is only on the visual scale.

Once again, Alfonso Cuarón’s cinematographer Emmanuel Lubezki’s work is stunning, and defies all concept of camerawork. We’re taken at times on weightless circuits of skeletal space stations; at other times we pass through the visor of an astronaut’s helmet to witness the infinite void and hear the nearness of their breath from a first-person perspective. There are stretches of the movie that emphasize smallness, utter loneliness, at the same time showing vast expanses of space so that it really does feel that you are adrift, lost, and helpless.

Much has been said about the nearly 20-minute opening sequence. It’s an incredibly choreographed setpiece, definitely. The realism is startling. The chemistry between the actors is real. Very soon, things start going amiss. Once you realize that outside of their suits, every catastrophe occurs in utter silence, the spell is complete. Disorientation takes hold. Fear grips the mind. Once again, may I remind you all that the villain in this movie is GRAVITY.

Frequently I would wonder how on earth a shot was executed, they were so amazing. That may be one of the movie’s problems; the camera work is so innovative in parts that it draws attention to itself as camerawork. Of course, this can pull a viewer out of the experience by reminding the viewer that, in fact, this is just a movie.

In addition, there are a handful of visual metaphors that are a little hard to chew, including a facile reference to birth and several nods to evolution. And then there’s the incredible progression of roadblocks set up for our heroine, Dr. Stone.

In film, there is of course an assumed suspension of disbelief. When McClane launches a cruiser through a helicopter, or Agent Hunt mumbles something vaguely clever, you can be good with that. In other cases, like APOLLO 13, stories have the benefit of facts on their side, which lends their perils the weight of truth. 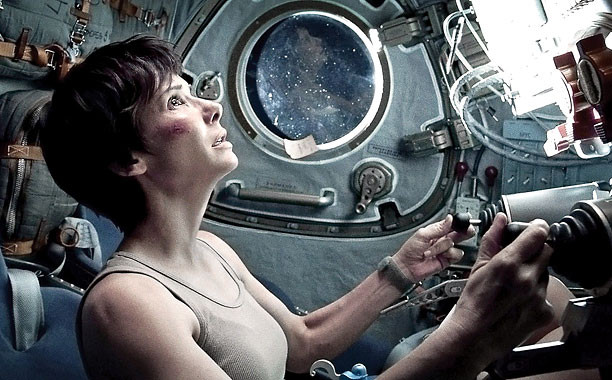 Am I griping? Sure, a little. After all, who likes to be tested in how much they can swallow?

But on the other hand, I’ve recommended this movie to nearly every single person I’ve had the opportunity to. It was exactly the movie I hoped to see: darkness, loneliness, utter fear, Sandra Bullock in underwear. It’s gorgeous, gripping, and probably a landmark film for some. Ultimately, its artifact is overcome by the pure joy of immersion in a strange, dark place, all alone, losing yourself someplace far from where you started.