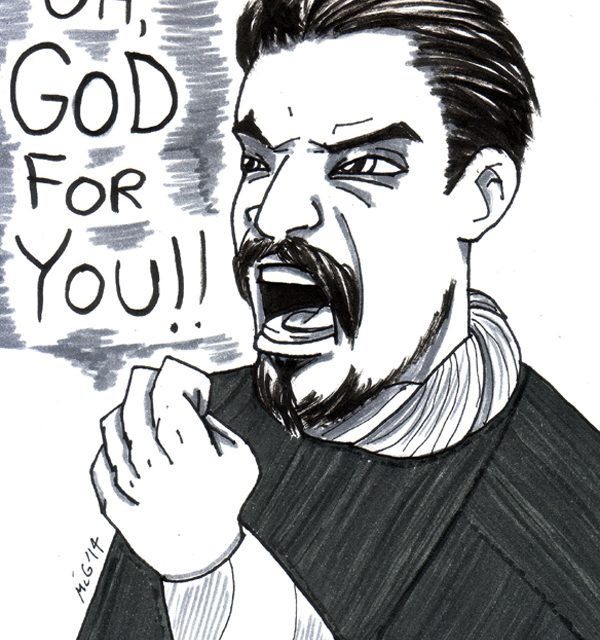 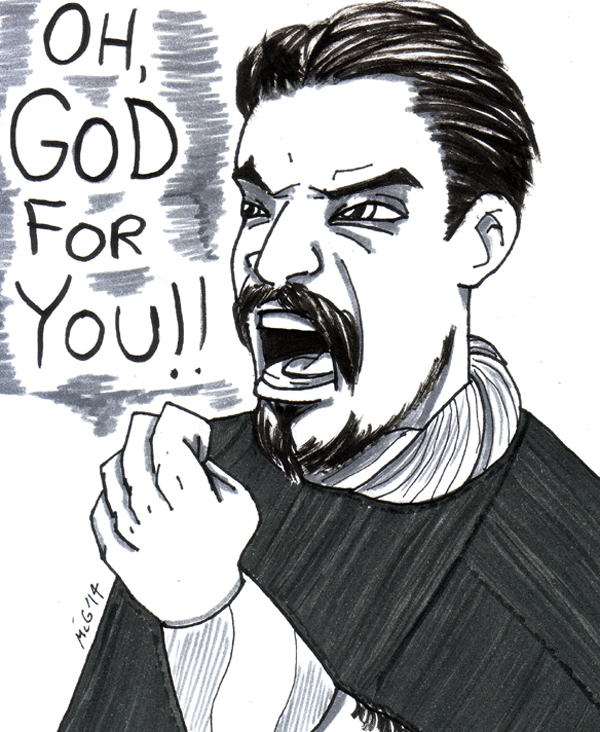 Ridley Scott (PROMETHEUS) is no stranger to historical epics, having helmed such films as GLADIATOR and KINGDOM OF HEAVEN, and he has finally returned to the genre with EXODUS: GODS AND KINGS, which tells the story of Moses, and while this may be a tale that has appeared on the big screen before, the story lends itself to a variety of interpretations which makes it ripe for revisiting. The movie centers on Moses, an adopted son of Seti, the pharaoh of Egypt, and Ramses, Seti’s natural son who feels threatened by Moses. A combination of Ramses paranoia and the truth about Moses’ past (that he is actually of Hebrew decent, who are the slaves of Egypt) finally gives Ramses the excuse he needs to get rid of Moses, and he banishes him from the kingdom. Moses leaves peacefully and finds a land to settle down and raise a family in, that is until he has a vision of God while upon a mountain his wife claimed was holy. God has charged him with freeing the enslaved Hebrews, so Moses heads back to Egypt to confront his past and fight for the future of his people.

Whenever I see a Ridley Scott film I know that I am in for a visual treat, and that holds true with EXODUS. The cinematography and CGI combine to create breathtaking wide aerial panning shots of Egypt in all of its ancient glory, complete with gorgeous monuments and stunning natural beauty. Beyond the beauty of the spectacle, Scott did a wonderful job of juxtaposing the scant, barebones existence of the Hebrews with the lavish lifestyle enjoyed by Ramses and his court. From sewage lines in the street and crude mud huts, to carved stone and gilded metal adornments, everything looked like you’d imagine the ancient world should look, a curious blend of crude and sophisticated. One of the most impressive things about the film was how real all the special effects looked. From recreated ancient monuments and cities to the burning bush and the parted Red Sea, everything looked so real you felt like you could reach out and touch it. I know that realistic effects have become much more common place, but it still blows me away that every part of a film can now look so completely believable that there is little need to suspend disbelief.

While EXODUS: GODS AND KINGS boasts outstanding visuals, it fell a little flat in the story department. Anyone who has ever seen THE TEN COMMANDMENTS can tell you how grandiose the story of Moses is, however, Exodus tried a more subdued approach that never really worked. While I can understand the desire to not make a film that is reminiscent of The Ten Commandments or of PRINCE OF EGYPT, at the end of the day you are telling the same story and the impact of that story should not be downplayed. It’s hard to pick any one reason why the story failed to really grab my attention, but there are a few to examine. The film is called Exodus: Gods and Kings, but the only god you see is the Hebrew god, and while Ramses makes himself out to be a god, it isn’t really focused on; so what you get is a story that feels more like a squabble between two boys instead of an epic conflict of one god proving himself above all others and saving his chosen people. I think if Ramses had been depicted as a more devoutly religious man it would have had a more profound impact on the audience. Another issue that didn’t work is that it seems Moses is still trying to redeem Ramses long past the point that anyone could possibly care. At one of the biggest climaxes of the film, Moses puts himself in harm’s way so he can confront Ramses again, and it just seems so utterly idiotic that it doesn’t come off remotely realistic. Lastly, while it was cool to see a more realistic approach to Moses trying to free the Hebrews, specifically by using guerilla warfare, when God finally takes over and begins inflicting the plagues Moses takes a back seat and lets them happen, never confronting pharaoh or impressing on him this is being done by his god to force Ramses’ hand. In fact, he only confronts him again when the worst plague is about to befall them, and even then he doesn’t seem to be fighting too hard for the cause. This continual lack of devotion and passive interest makes it hard to really get involved in the movie, it’s almost as if there is no side to be enthusiastic about so you just kind of casually observe as the film heads to its inevitable conclusion without really caring about what is happening or what is to come. One last quick note, there was a line in this movie that was borrowed from GLADIATOR, and it was very distracting to hear this line be plucked from one movie then shoved into another and used several times.

While the storytelling was lackluster, most of the acting was outstanding. I can’t recall a single performance by Christian Bale (AMERICAN HUSTLE) that disappointed me, that’s not to say I love everything he has done, but typically when there is a short fall it lies in the script rather than in his performance. Bale is an intriguing Moses, delivering an odd mix of determination and reluctance delivered with a quiet demeanor that masks the roaring conflict in his soul, and while I would have loved to see a more over the top performance, it wasn’t what was written, and he delivered a fine performance that was very appropriate for the story. Joel Edgerton (THE GREAT GATSBY) takes on the role of Ramses, and while the performance left me a little flat, I really can’t decide if the problem is with him or the script. While Edgerton certainly got Ramses mindset and mental state across, what really left me feeling flat was the lack of intensity and arrogance in Edgerton’s performance; it just seemed odd that a tyrannical ruler would be so dispassionate and calm about the events happening to and around him. I think I was most impressed by John Turturro’s (TRANSFORMERS: DARK OF THE MOON) performance in this film, he plays Seti, father of Ramses, and pharaoh of Egypt. Most of the roles I have seen Turturro tackle are either comedic or have a humorous slant, to watch him take on a dramatic role and infuse it with such a sense of wisdom, love, and understanding was an absolute treat and I hope I get to see more performances like this from him in the future. Another performance that I was highly impressed with was Aaron Paul (TV’s BREAKING BAD) who took on the role of Joshua, Moses’ right hand man. While I am very familiar with Paul’s work on TV, I didn’t even recognize him in this film. He brought the defiant yet dutiful Joshua to life in a way that was subtle but expressive, allowing us to really feel what it was like to be following a man who talks to or, more specifically, argues with a god you can’t see. After Breaking Bad I was worried that Paul may have just been a one trick pony, but I am very happy to have been proven wrong. Lastly, I want to mention Ben Kingsley (ENDER’S GAME) who took on the part of Nun, father to Joshua and advisor to Moses. Kingsley is a very impressive actor, and he has an amazing way with humble roles. He uses a quiet demeanor and wonderfully expressive face to bring Nun to life and he infects him with the calm only truly devoted men poses, giving us a scene stealing performance.

While EXODUS: GODS AND KINGS boasts some amazing visuals and an impressive cast, the weak story made it difficult to get into and more often than not left me flat. As Scott is known for releasing very elongated extended cuts, I hope the story problems are rectified when this hits the home entertainment market, because the movie isn’t all it can be in its theatrical release, but I have a feeling there may be more to it that we haven’t seen yet.