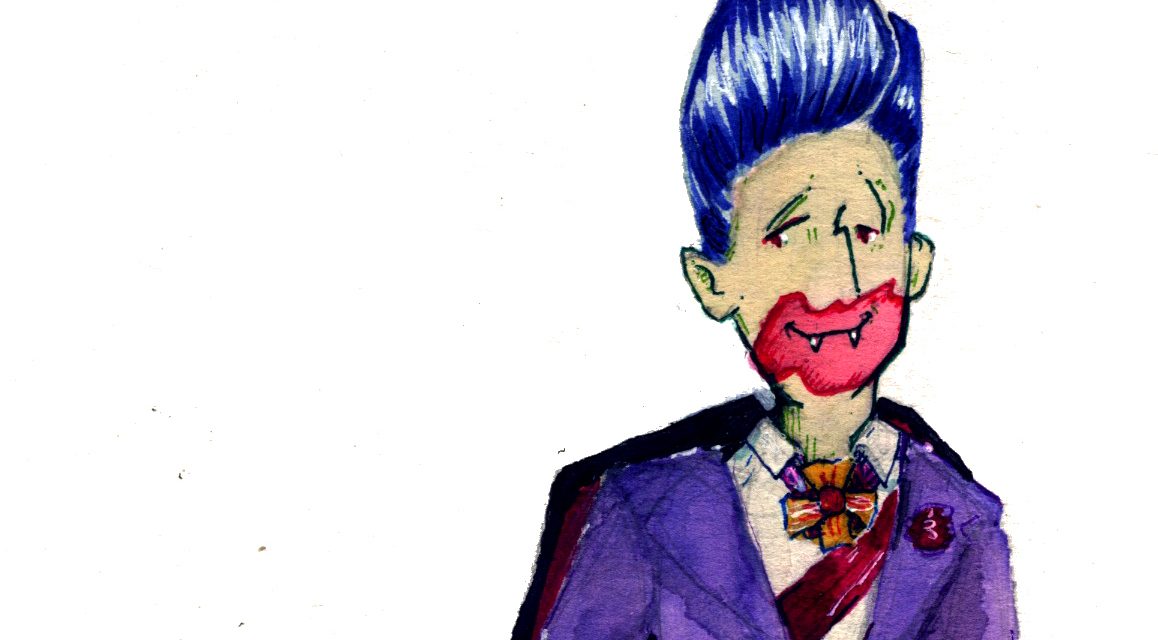 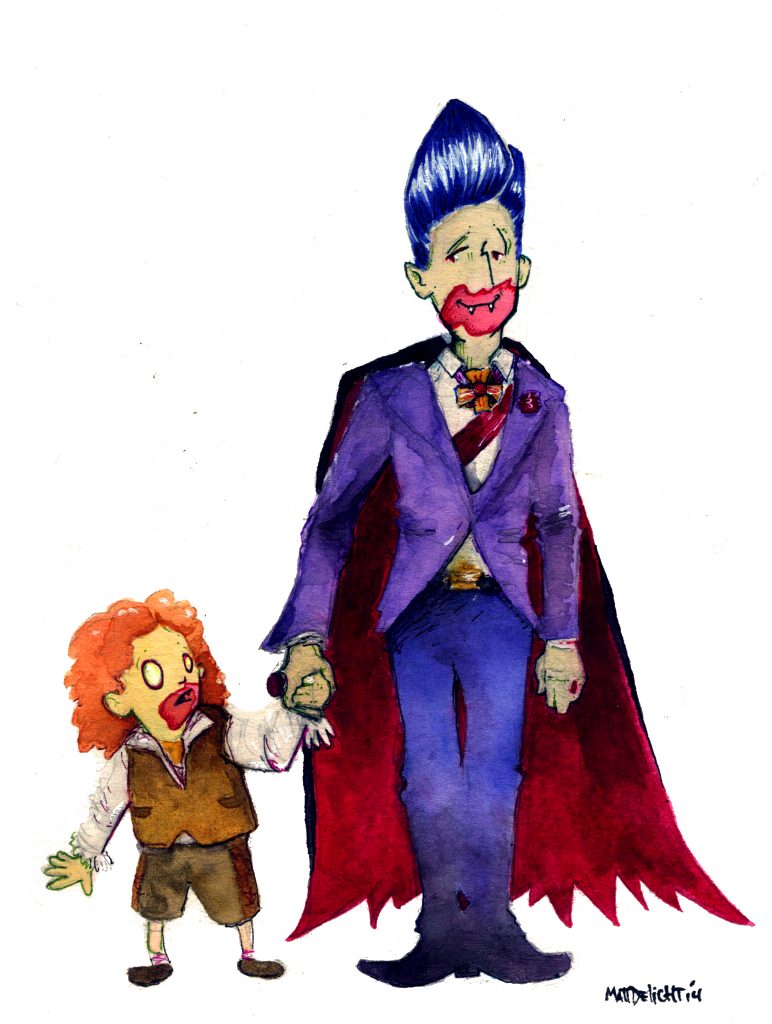 Hollywood likes nothing better than to rehash a once profitable idea in an effort to make more money, and it’s clearly that kind of mentality that has led to DRACULA UNTOLD. The film is the debut directorial effort of Gary Shore and it attempts to fuse the historical Vlad the Impaler with the Bram Stoker’s literary creation, Dracula. The movie centers on Vlad and his kingdom as it is being threatened by the Turks. Despite being a fierce warrior, Vlad does not have an army capable of defeating the Turkish hoards, so he seeks out a fearsome creature who lives on a lonely crag, hoping to gain the power to defeat his enemies. Vlad does indeed make a bargain with the dark creature, but he soon realizes that it comes with disadvantages, like being weakened by silver, not being able to go out in daylight, and an insatiable thirst for human blood that, if he gives into, will make the transformation permanent instead of only for three days. With only three days to use his powers and defeat the Turks, the race is on to save his people and defeat his enemies while trying not to succumb to his terrible thirst for blood.

One of the best parts about DRACULA UNTOLD is the production quality. The film is very polished, with beautiful locations, sets, and costumes that evoke the middle ages of European history. The cinematography is competent, but not spectacular, although the enhanced blood vision scenes were certainly eye catching, but that’s more special effects than camera work. The film’s only visual detraction comes from all the fast cuts used during the fighting sequences. I’ve long held that fast cuts are a sign of incompetent film making since their intention is to heighten action and suspense, but the actual result is that everything happens so fast you can’t follow and you end up disconnected rather than engaged. There was one other pet peeve I had with the production, and it has to do with the cinematic cut of the film. There was a scene shown in the trailer, Vlad being offered a goblet of blood by the vampire, that was very different from the corresponding scene in the movie, and I really hate that. If you advertise something to get me in the theatre, and then what was advertised never shows up, I feel like I’ve been screwed over and bilked out of my money and it won’t give me a positive view of your film.

While the fusing of the historical Vlad and the literary Dracula is an interesting concept, the execution fell flat. I’ve long been interested in Vlad the Impaler, even going so far as to read some biographies about him, and while he did continuously keep the Turks from invading Europe, he was still a terrifying man who would have people impaled for the slightest of crimes or personal rebukes. Unfortunately, the movie tries to make him out to be a family man and hero, and that far flung representation is hard to swallow, especially since everyone familiar with either the history or the literature is expecting a far less redeeming character. Now, putting that aside, the story was passable to begin with, there is certainly entertainment to be had in a man making a Faustian bargain to save his family and kingdom. However, the film really went off the rails after Vlad’s wife was killed (the scene of which harkened back to BRAM STOKER’S DRACULA, which was very cool). After her death, Vlad creates an army of vampires in an effort to reclaim his kidnapped son, unfortunately, when the final confrontation happens between Vlad and the Sultan, they use a cheesy, nonsensical ploy to practically depower Vlad in an effort to make the fight more intense, which was just sad and unoriginal. Of course, Vlad comes out on top, but suddenly he has to deal with all the vampires he created who have somehow decided that they are now the top predators and all humans are their prey, which made no sense given the previous events of the movie. This muddled conclusion completely lost me and left me wondering if the ending was the result of some last minute rewrite, because it didn’t feel like the rest of the film.

It can be difficult to deliver a great performance if the script isn’t up to snuff, thankfully, the talented group of actors in DRACULA UNTOLD still brought in quality performances. Luke Evans (THE HOBBIT franchise) takes center stage as Vlad, and while he is decent in the role, I would have liked to see more from him. This is Evans first time being the main lead in a film, and while he has an impressive presence, the role was too similar to others I’ve seen him play, which makes it hard to gauge whether he is a viable leading man or just a fantastically talented character actor. Vlad’s wife, Mirena, is played by Sarah Gadon (THE AMAZING SPIDER-MAN 2) and while she does a nice job with the role, I wish there was more to it. It’s clear from Gadon’s performance that she has more talent than is being utilized, which is saying something as she delivered a very realistic performance of a woman who is both a dedicated mother, queen, and fierce wife. Unfortunately, almost all of her characterization was directly reactionary to Vlad and I would have liked to see a bit more of her back story fleshed out. One of the highlights of the film was Dominic Cooper (CAPTAIN AMERICA: THE FIRST AVENGER) as Mehmed, the Turkish sultan bent on destroying Vlad. Cooper was delightful as an aristocratic villain, bringing the right amount of arrogance and calm to the ruthless conqueror; I hope he gets more prominent roles in the future, because he certainly has talent. Lastly, Charles Dance (TV’s GAME OF THRONES) played the master vampire that Vlad makes a deal with to gain his power. Dance is one of those actors who has made a career out of playing smaller supporting roles, but has played such a variety of characters that his acting skills have been perfectly honed. He is wonderful as the scheming vampire who is looking to enlist Vlad in his twisted quest against his maker, and while he doesn’t have a great deal of screen time, when he is on he always steals the scene.

DRACULA UNTOLD had a great deal of potential, but failed to live up to it. The intriguing basis of the film was poorly used to try to turn a world famous villain into a hero, and the result was a film that, despite a great cast, couldn’t satisfactorily engross the audience, even at its scant 92 minute run time. Unless you are a huge fan of one of that actors in this movie, I’d recommend waiting for it to hit your streaming service of choice rather than venturing out to a theater.