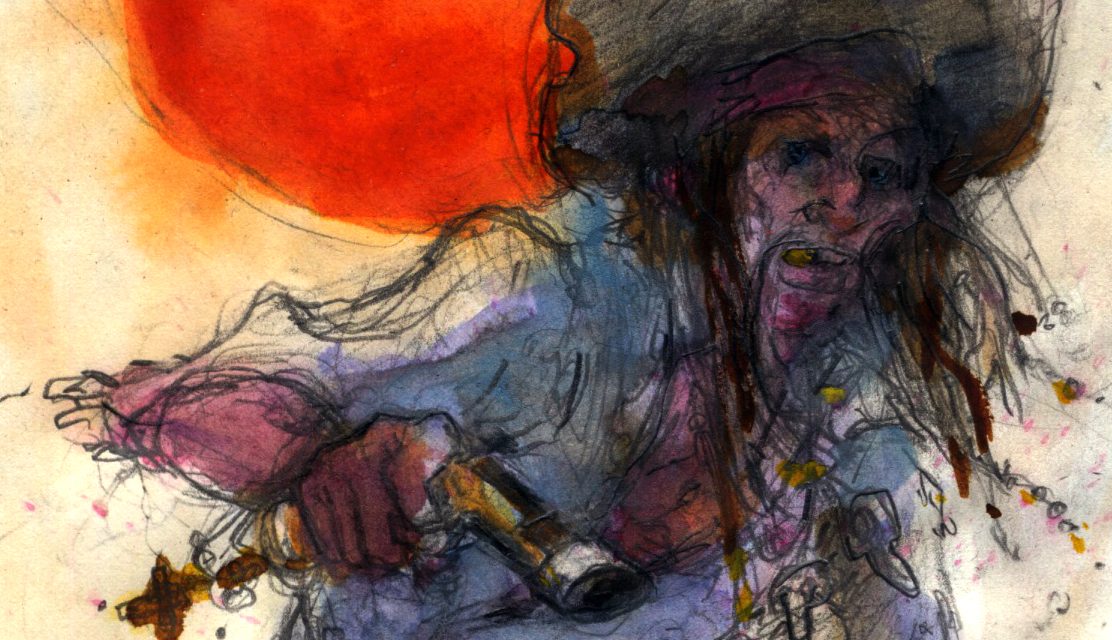 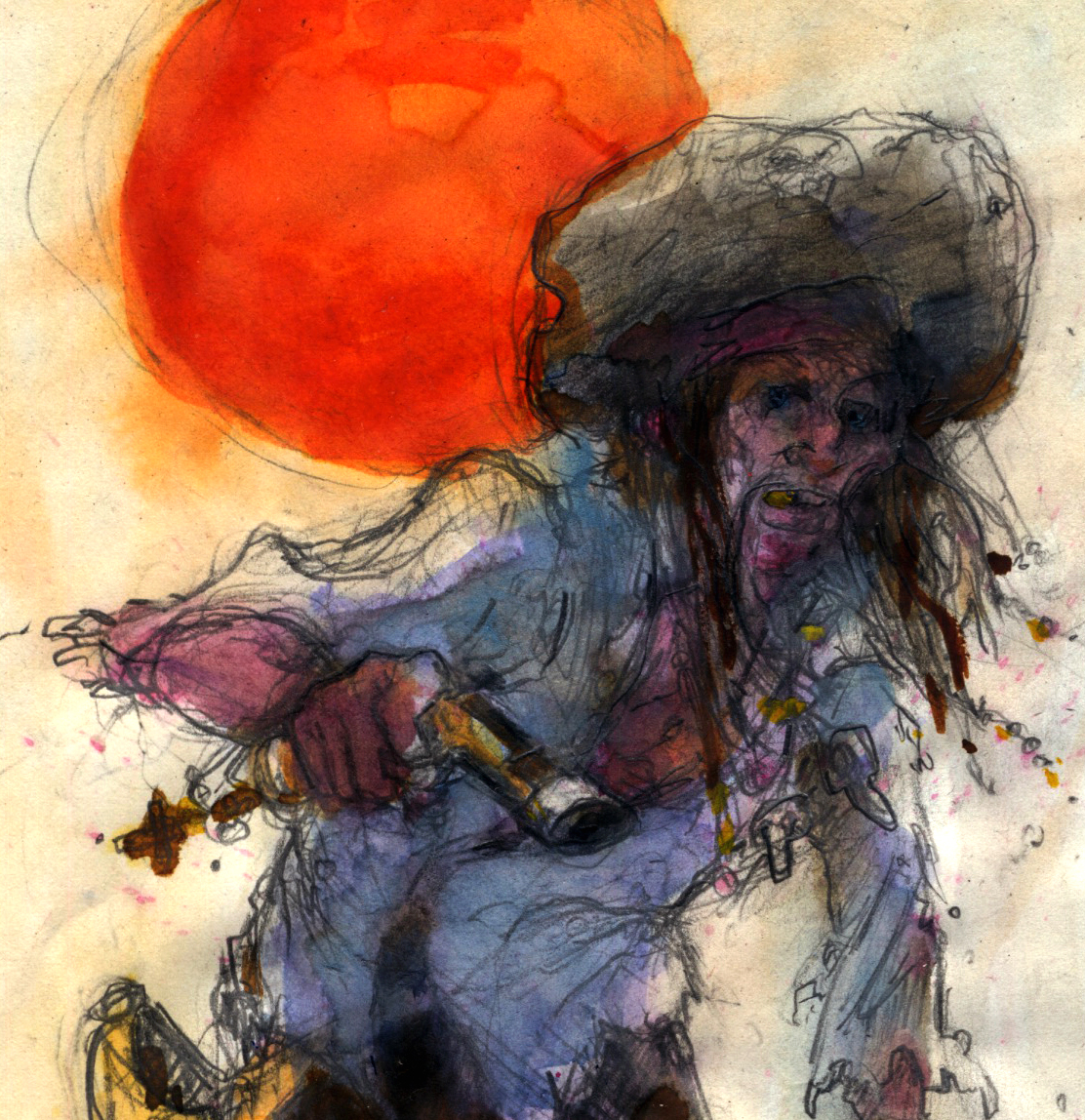 After two seasons of sporadic storytelling, STARZ’ BLACK SAILS finally hits its stride in its third season.  Following the death of Miranda, Flint has declared all out war on any town or settlement that stands against pirates, using raids and murder to instill fear across the colonies.  As Flint is returning from his raids he is enticed into a trap by Captain Hornigold, who offers the crew the choice of pardons or death.  Flint refuses both and rashly turns the ship straight into an oncoming storm, which wreaks havok on his ship and puts him and his crew out of commission for awhile.   Meanwhile, we learn Hornigold is an agent of Woodes Rogers, the man England has charged with reclaiming Nassau, who has also given clemency to Eleanor Guthrie in exchange for her help in the effort.   In the absence of Captain Flint, it is left to Charles Vane, Jack Rackam, Max, and the newly arrived Blackbeard  to try to defend the island, but Guthrie’s cleverness tips the balance of power without a shot being fired.  Now alliances will be tested as Rogers and Guthrie struggle to take full control of the island and secure their future, but this is Nassau, where power is elusive, everything is for sale, and loyalty is as shifting as the sands on the beach.

The storytelling took a giant leap forward this season, which may or may not have something to do with Lisa Schultz Boyd and Joshua Rothenberger joining the writing team.  Regardless, the story this season doesn’t flounder mid season as it did previously, and the story moves at a much more satisfactory pace, allowing the show to finally live up to its potential.  The story itself is wonderful.  The groundwork laid in the first two seasons has now begun to ripen, we see the culmination of Charles Vane’s story arch, Rackam and Anne Bonny finally show why they’re such a dangerous and wonderful combination, and we finally get to see John Silver becoming the man we’re all familiar with from Treasure Island.  These story points, as well as the other storylines, all come about in a way that feels natural rather than forced, which makes it all the better, because this show finally feels like it knows what it is and where it needs to go.

While by and large I have always been a fan of BLACK SAILS’ production values, they really stepped it up this season.  The directing remained strong, with solid camera work and skillful visual storytelling that really captures the emotions of the moments, but what I was most impressed with was the expanded scope this season.  There is far more action taking place at sea, with a few battles that, while somewhat short, emphasize the naval prowess of the parties involved.  Also, we get to see a couple new locations that are more than merely a place being raided, which opens up possibilities for the coming seasons.  I was very impressed with the action this year, as they became less squeamish and actually got a bit more graphic with it, but beyond that it was extremely well handled.  Sea battles, raids, ambushes, a one on one duel, and even battling sharks are all handled with precision.  The action flows naturally and the camerawork avoids being distracting, which is a rarity these days and helps keep the audience immersed in what’s going on.

The performances this season were pretty great, and it has a lot to do with the shifting power dynamics of the story.  Luke Arnold (MURDER IN THE DARK) reprises his role as John Silver, and we finally get to see the character begin to come into his own.  Silver is learning what it means to lead men and have power over them, and while the crown may be heavy, he clearly loves it.  Arnold does an excellent job of conveying this, giving Silver the right amount of care, concern, deviousness, brutality, and ruthlessness, creating a character that’s impossible not to like.  Stepping back into the role of Captain Flint is Toby Stephens (THE MACHINE) and he is wonderful as the legendary swashbuckler.  Flint has become a cold blooded killer in the wake of Miranda’s death, and he’ll kill people at the drop of a hat, however, he has also finally come to terms with Silver and has let the man get close to him, giving us two new dynamics for Stephens to work with this season.  Stephens flawlessly embodies Flint’s ruthlessness, but what really stands out is his interactions with Luke Arnold; their camaraderie is an odd mix of friendship and parentage, and Stephens does an excellent job of welcoming Silver while trying to prepare him for his new role, delivering a nuanced performance that is heartfelt but tempered.

One of the best performances of this season was Zach McGowan (DRACULA UNTOLD) as Charles Vane.  Vane’s story arc comes to a head this season, and McGowan takes the character right where he needs to go.  He is the embodiment of a man who has achieved much in life and still found himself unfulfilled, but has finally found something worth fighting for.  McGowan is masterful, dominating every scene he is in and he always leaves you wanting more.  Toby Schmitz returns to the role of Jack Rackam, and he has perfected the character.  Rackam is always the cleverest man in the room, but he doesn’t have the brawn to back it up, Schmitz is masterful as this cunning pirate leader, giving him the right amount of false humility to temper his brash confidence.  Reprising the role of Anne Bonny is Clara Paget (FAST AND FURIOUS 6) and it is so fun to see her let off the chain.  Bonny has always been a ruthless fighter, and now she has reason and rage to fuel it, which Paget portrays with a stunning grace and passion that makes her one of the most engrossing actors on the show right now.  Lastly, Ray Stevenson (THOR: THE DARK WORLD) joins the cast this year as Blackbeard, and he is perfect in the role.  I’ve always liked Stevenson, and I was super excited when I saw he joined the cast.  He has a larger than life performance style which works perfectly for Blackbeard, a ruthless pirate who cares for nothing except being master of all he surveys.

BLACK SAILS has come into its own this season.  The story is compelling, the production values are excellent, and the acting is everything you could possibly hope for.  This may not be the easiest place to jump in storywise, but if you’ve been on the fence about checking this show out this is definitely the time to climb aboard, because I have a feeling things are only going to get better from here on out.