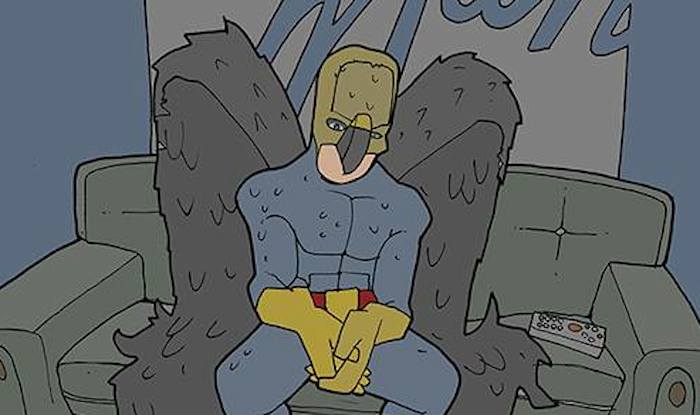 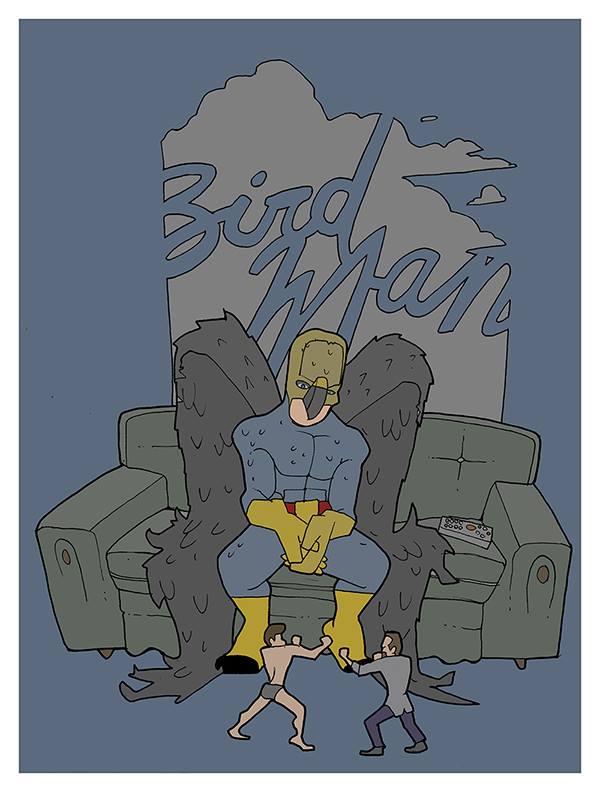 BIRDMAN is a thrilling and exhilarating step for director González Iñárritu (BÍUTIFUL, 21 GRAMS). The flowing camera work, the raw, organic acting, the lighting and sets all come together to create a fast, smart, funny, electric film. Designed to look like one long take (though actually not), BIRDMAN keeps tight focus on the characters as they prepare to mount a possibly ill-conceived production of Raymond Carver’s WHAT WE TALK ABOUT WHEN WE TALK ABOUT LOVE. BIRDMAN’s nearly unflinching, obsessive eye for Riggan (Keaton) and the people near to him creates a crazy sense of groundedness: we have to stick with him, even while his life comes crumbling down. A fittingly improvised solo drum score crashes, explodes, and pops, lending the movie a breathless feel, bridging scene to scene and keeping ahead of the building momentum of Riggan’s story. Here, jazz drummer Antonio Sanchez deserves a nod. His near-continuous percussive score both follows and foretells the undoing of Keaton’s Thomson, growing more chaotic as disaster piles upon disaster.

Michael Keaton (BATMAN) is pitch perfect in his warm, genuine portrayal of Riggan Thomson, a sad, hopeful, desperate, determined father and an ex-movie star. This is a standout role for Keaton, whose re-emergence in film roles recently has brought him mixed reviews. In too may ways to call it an accident, his role stands in clear parallel to his acting career. He’s surrounded by star players, including Naomi Watts (KING KONG), Edward Norton (THE INCREDIBLE HULK), Emma Stone (THE AMAZING SPIDER-MAN), and a singularly straight performance by Zach Galifianakis (THE HANGOVER series).

Among all these hard hitters, the standout is clearly Keaton. His understanding of the role allows him to hit both highs and lows with a sympathetic ease. He neither manipulates nor understates Riggan’s position in life; facing great failure on every front, he still stutters forward with energy and heart.

Visually, it’s a feast: drumlines, dead jellyfish, telekinesis, fistfights, explosions, the eponymous hero in full costume, and all kinds of other surprises enter the fray yet they all seem, somehow, to be a natural part of the proceedings. So early and so well was the voice of Birdman established (the film opens with a monologue by the feathered hero) that when he finally appears at Riggan’s greatest moment of despair, it doesn’t feel outrageous at all. It feels proper.

I’m not going to pretend I know all about what was going on. A general plot synopsis might read: Riggan tries to stage a Broadway hit and reconcile his family while being haunted by the voice of a superhero he once played in a Hollywood film franchise. But probably the film’s greatest achievement is that it can be taken on so many other levels. Pull back the curtain, and there’s another curtain, and behind that one is yet another curtain. So many pieces go together to make the movie, and while it should be obvious that none of its themes can be fully fleshed out within 120 minutes, González Iñárritu pays attention to each moment and detail so closely that the film gains dimensions even without a viewer noticing. Every single thing seems to be there for a reason. For me, that’s a sign of greatness.

Because it’s so multi-layered, I don’t know if anyone who watches BIRDMAN would be able to say, “I figured it out!” because I think it’s not designed to give a pat lesson, or deliver a message, or whatnot. It suggests itself in different ways to different people, and has that rare quality I love in movies: it stays bouncing around the brain long after leaving the theater.