A Classic Icon Gets a Revamp with DRACULA UNTOLD! 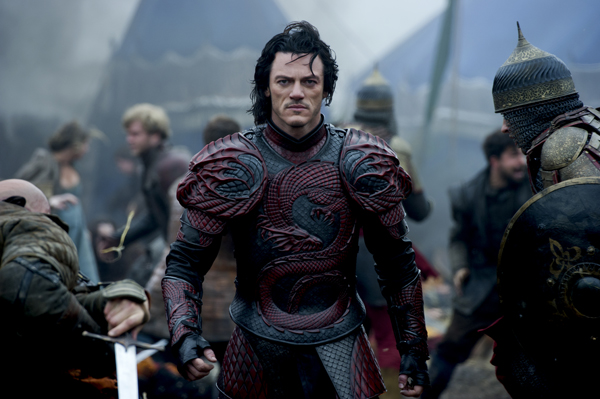 Every so often Hollywood returns to the classic horror icon that is Dracula, sometimes with great success as in BRAM STOKER’S DRACULA, sometimes not, as with DRACULA 2000. This time around we get DRACULA UNTOLD and, from what I can gather from the trailer, it certainly has an interesting take on the Dracula mythos. The film stars Luke Evans (THE HOBBIT: THE DESOLATION OF SMAUG) and while I’ve enjoyed his talents in supporting roles, it’ll be interesting to see if he can lead a franchise. At the helm as director is Gary Shore, who is new to feature length films, and it’ll be interesting to see if he has the talent to swim the shark infested waters of the film industry.

From what I can gather from the trailer, it looks like DRACULA UNTOLD will be a creative mix of history and myth, blending the more historical Vlad Tepes with the literary vampire he inspired. While the trailer looks a little too special effects heavy for my taste, I’m eager to see how they handle the historical side of Vlad and whether they can score a hit, either box office or critical, with one of Hollywood’s oldest horror icons.