WAR FOR THE PLANET OF THE APES Movie Trailer 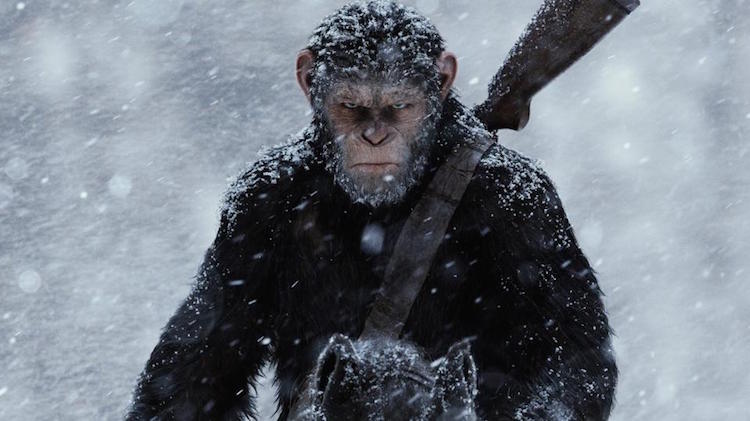 Director Matt Reeves returns for WAR FOR THE PLANET OF THE APES and I’m glad because DAWN was so amazing. Reeves understands this universe and is really accomplishing a lot here becoming one of my favorite directors.

While I’m almost 100% sure this film is going to be great, this premiere trailer didn’t do much for me. I dug the intro scene reminding me of the original, and I do love me some Woody Harrelson, but nothing really struck me as amazing just yet. But this felt more like a teaser and I’m sure we’ll be getting a more substantial trailer soon. The apes are at war and I have a feeling there is going to be some pretty epic battles this time around. And to be honest, I’m not sure our old pal Caesar is going to make it out of this one alive.

DAWN OF THE PLANET OF THE APES Movie Review