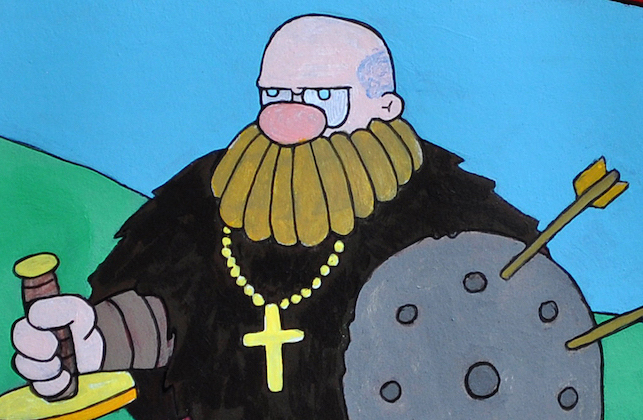 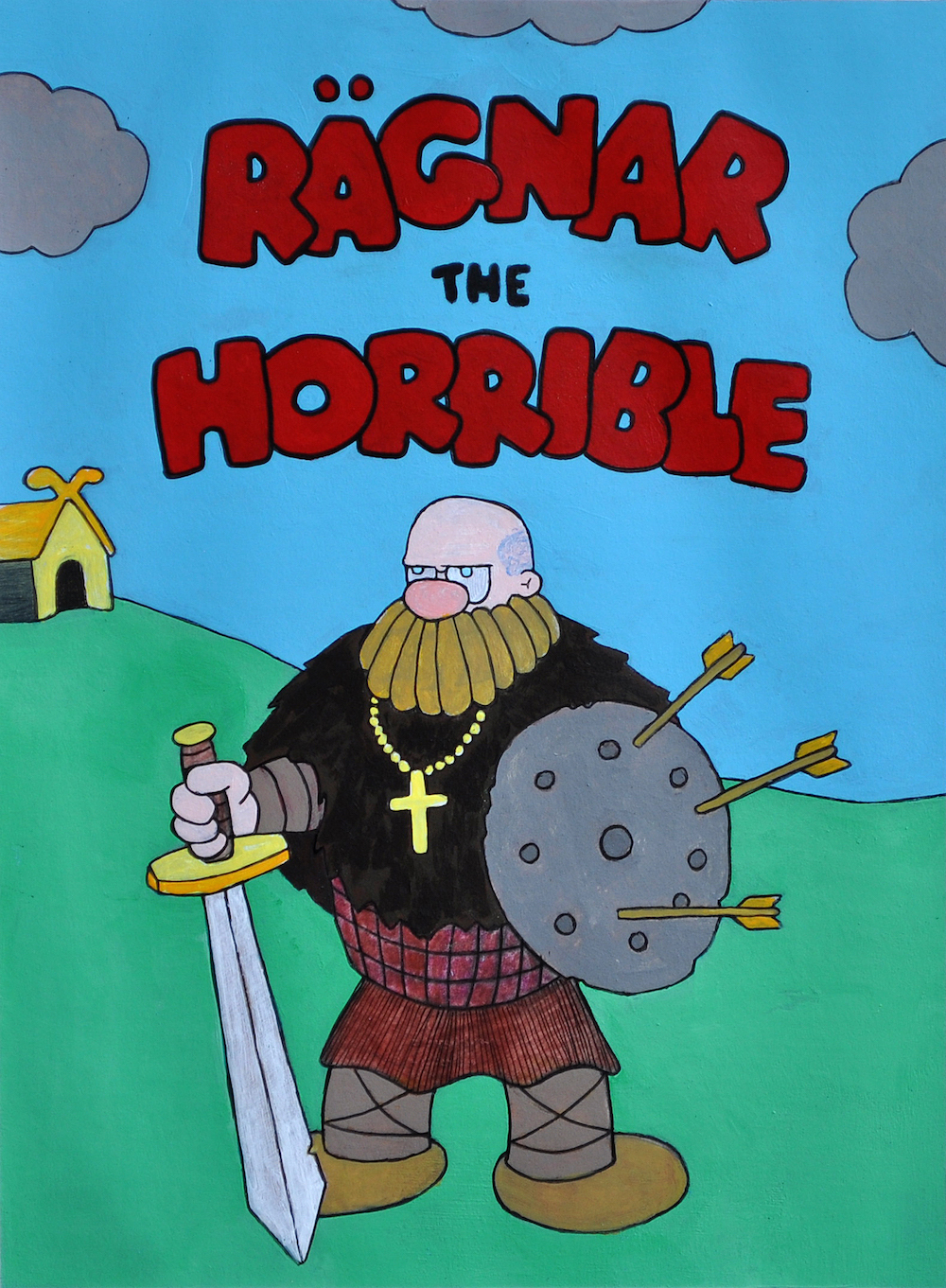 When History first entered the scripted original programming game with VIKINGS, it was an impressive show that clearly had a great deal of potential for the future.  Now, with the conclusion of the third season, fans are being rewarded for their patience as the scope of the show has grown and we’re finally getting to see some of the more legendary Viking antics come to life on the small screen.  Once again the show focuses on Ragnar Lothbrok and his allies, who begin the season with a return trip to England where they start a settlement in exchange for helping princess Kwenthrith reclaim the throne of Mercia so she can be a puppet of king Ecbert.  While the initial mission is successful, there are losses both in England and at home that have a profound impact on Rollo, Floki, Bjorn, Lagertha, and Ragnar.  With sorrows mounting some begin to question Ragnar and his obsession with raiding and settling the christian lands.  However, Ragnar has fixed his gaze on the city of Paris and the wondrous wealth he has been told resides there.  Despite the loss of a close friend, and tragic news from England, Ragnar moves forward with raiding Paris, but the great walled city may finally be the one obstacle the intrepid Viking king can’t overcome.

While VIKINGS continues to have a compelling story, it took a little longer for it to hook me this season than previous ones.  The first couple of episodes are entertaining but they feel like tired, familiar ground and it’s not until further into the season that the changing dynamics really gripped my attention.  Despite the lackluster opening, the story this season did a great job of pushing the show to new places and shaking up the status quo in unexpected and intriguing ways.  I was particularly pleased with the development of Rollo and Bjorn this season and am crazy excited to see what happens with them in the future.  I also found the various intimate relationships very interesting this season.  As the Viking’s Norse religion doesn’t hold the same sort of taboos on sex and relationships that many monotheistic religions do, it’s not surprising that intimate relationships play a large part in the show, and this season pushed the envelope as it tackled BDSM, a high amount of infidelity, blackmail, and even sex that comes with a stipulation of eventual death at the new lover’s hands.  This varied and prolific focus on intimacy constantly gave the audience something to think about, but did so without being overtly sexual or exploitative, which I loved, as, for the most part, it portrays sexuality as a normal aspect of life instead of something scandalous.  One thing that I found odd about this season is that it felt much faster than the previous ones, I’m not sure if there was an overall longer passage of time throughout the season versus the previous ones or just a matter of how many subplots were going on, but it definitely felt like a far greater leap in overall time than the last two seasons. 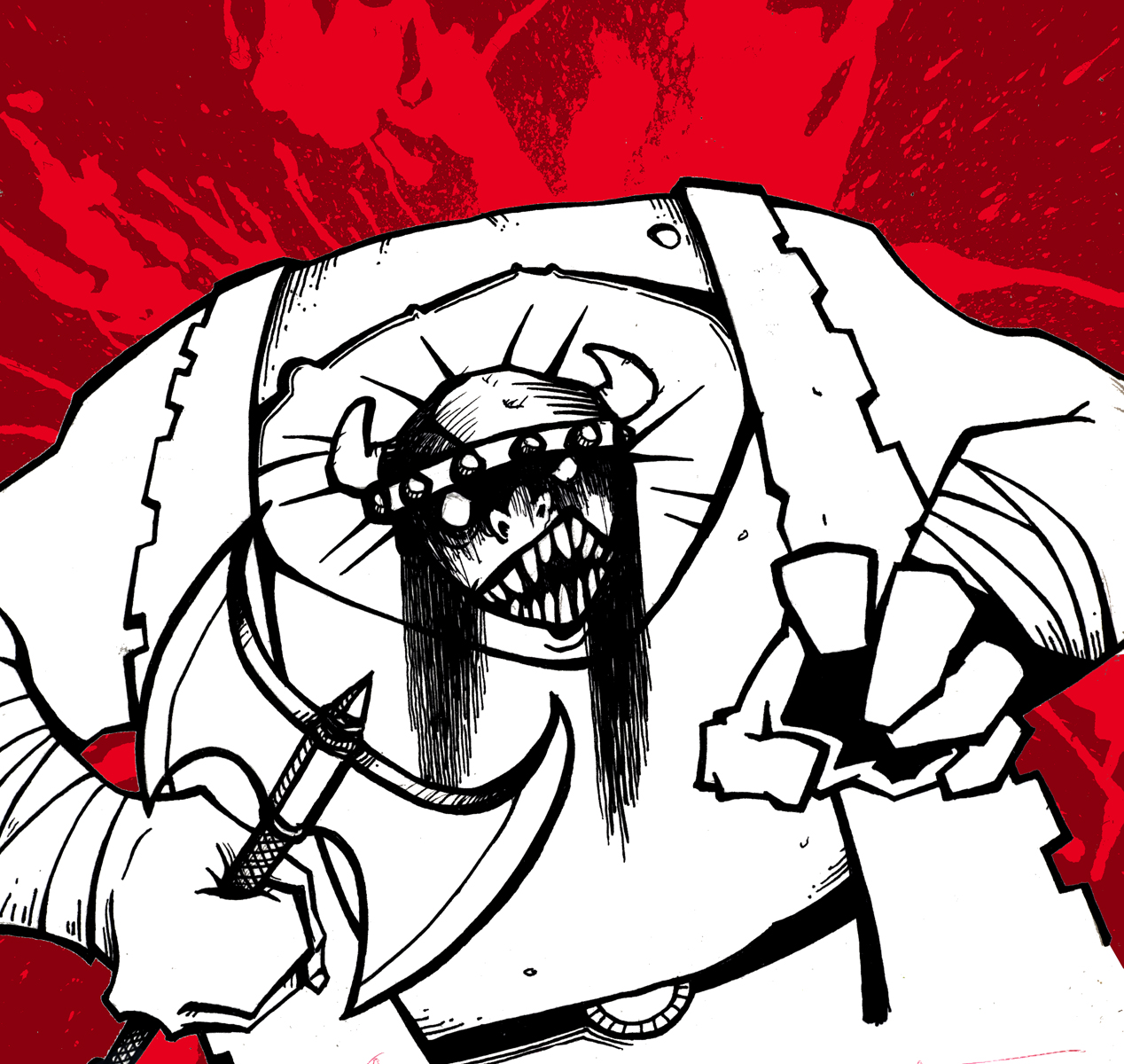 Complimenting the intriguing story were some truly impressive production values.  I’ve always been impressed with the look of VIKINGS, particularly with the costumes and sets, but they really took it up a notch this season.  With the introduction of Paris, the show gained a wider scope than it had the previous two seasons, and fans finally got to see a true medieval city in all its glory as opposed to the up and coming cities of England.    As part of this expanded scale we get to see broader landscape views, impressive siege and defense weapons, and the trappings of a far more indulgent royal court.  I was pleasantly impressed with the battle sequences this season, particularly those that took place during the Paris raid.  The action is handled well, with shots being long enough to follow what’s going on but short enough to keep up the suspense, and the introduction of siege and defense equipment created exciting new dynamics that helped keep things fresh and interesting as the season progressed.

While I’ve always been pleased with the cast of VIKINGS, some of them truly stepped up and delivered remarkable performances this season.  It should come as no surprise that Travis Fimmel continues to do a wonderful job as Ragnar.  Fimmel has become so accustomed to the character that everything comes off natural, even the uncharacteristic illness and depression that grips Ragnar for part of the season.  I was quite impressed with Gustaf Skarsgard’s portrayal of Floki as he took the character to new levels of intensity.  Floki takes a darker and more tumultuous road as his devotion to his gods leads him to make some questionable decisions, and Skarsgard portrays this with an intensity and fervor that is as captivating as it is disquieting, giving us the Floki we’ve longed for but haven’t gotten to see until now.  I love the constant inner conflict that haunts Rollo, expertly portrayed by Clive Standen.  Standen is superb as a man torn between his own desires and his brother’s ambitions, and this season he experiences loss, despair, and anger on a level we haven’t seen before, and Standen rises to the occasion by delivering a performance that is heartfelt and relatable.   Lagertha had a rollercoaster of a season and Katheryn Winnick did a wonderful job capturing every shock with strength and will.  I particularly liked the chemistry between Winnick and Linus Roache, who played King Ecbert, they play off each other very well as they are both powerful people with their own agendas, but who are willing to put those on the back burner to have a little fun.  Alexander Ludwig is coming into his own as Bjorn, Ragnar’s son, giving us a performance that perfectly captures the tumultuous emotions that come with late adolescence as he tries to live up to the warrior reputation of his father.  He has a commanding screen presence during battle sequences and conflict, but often comes off as a squeamish and uncertain in other areas of his life, giving us a very engrossing character to watch.

Season three took VIKINGS to wondrous new places and set a compelling stage for the next season.  The show may not be everyone’s cup of tea, but if you have even a remote interest in the subject matter you owe it to yourself to check out this show.  It has an engrossing story, solid production values, and some truly impressive performances, with all that going for it, it’s no surprise that I can’t wait for next season and the next raid. 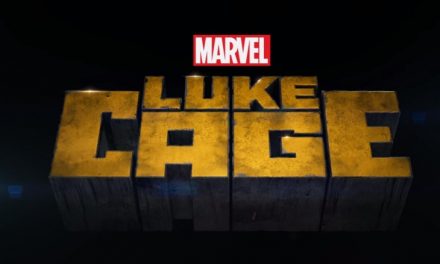 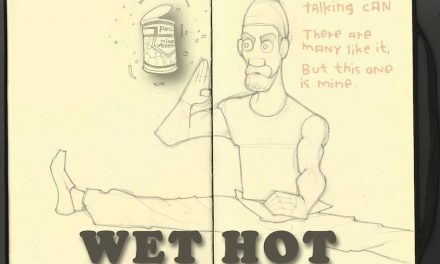 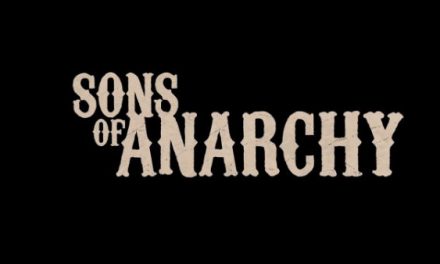 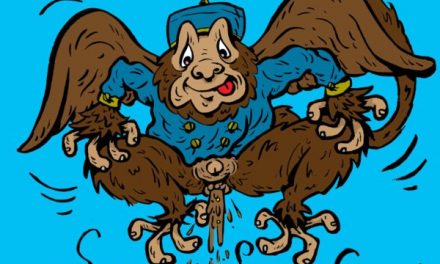