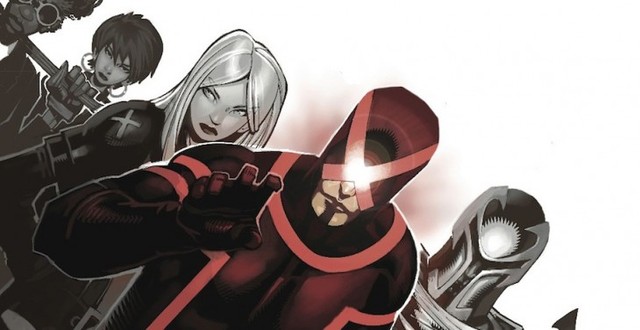 I’d say besides ALL-NEW X-MEN, the current MARVEL NOW! comic book relaunch of UNCANNY X-MEN is the next best thing. Being a part of the current MARVEL NOW! initiative, this book takes place after the epic events of the AVENGERS vs. X-MEN book that kicked our collective asses last summer. The previous leader of the x-men Scott Summers (AKA Cyclops) has taken the responsibility upon himself of leading the next generation of mutants into the future. He is followed by fellow mutants Magneto (Master of Magnetism), The White Queen (Telepathy, Diamond Skin, former lover of Cyclops), and Magik (younger sister to Colossus, Teleportation, and magical abilities) along with a small rag tag team (that keeps growing!) of new mutants that are popping up all over the globe. That’s a pretty big deal because there have been no new mutants since the events of 2005’s HOUSE OF M where the number of mutants in the world dropped to a little over 200.

Written by the talented Brian Michael Bendis (HOUSE OF M, ULTIMATE SPIDER-MAN), UNCANNY X-MEN’s first story arc is overall quite satisfying. It’s a wonderful “jumping-on” point for new readers and little knowledge is needed to have a good time. Cyclops made his own X-Team, he has some followers, and he wants to continue Professor X’s dream of finding and teaching new mutants how to harness their mutant abilities. That’s about it. What follows is a pretty great introductory story arc by Bendis that sets up all the characters quite nicely and is very easy to follow. I really dig the newest version of Cyclops in this book (bold new costume and all). He is more “edgy” than usual, he is carrying a lot of emotional baggage since the events of AVENGERS VS X-MEN, and he has little control over his still-evolving mutant abilities. Pretty cool stuff. Magneto, White Queen, and Magik are also struggling with their abilities and all are seemingly a little bit out of control. That makes for some fun reading if you ask me. And on a side note, I never really found the character Magik all that interesting…until this book that is. She is front and center in a lot of these issues and her abilities and powers prove to be pretty dangerous and interesting.

Another draw this book had for me was the addition of Chris Bachalo (WOLVERINE AND THE X-MEN #1-3) as the main artist. I always dig his hyper-stylized panels and characters. I will admit though that Bachalo’s work here was somewhat inconsistent with a few oddly proportioned body parts that proved to be a bit distracting. Nitpicks aside, that art is different enough from the normal fare to be appreciated. Bachalo serves as artist for issues #1-4 with Frazer Irving (BATMAN INCORPORATED #0) stepping in at #5. Frazer’s art is a nice change of pace and he has some really strong panels featuring Magik doing her thing. I’m glad he jumped on when he did and overall both artists in this arc do a great job.

So without spoiling too many plot points, is UNCANNY X-MEN worth a read? Short answer is YES. If you are a fan of the X-Men (Cyclops and Magneto specifically), this is a great book to dive into. It’s accessible, fun, and features some great artwork. I think there are big plans in store for the UNCANNY X-MEN and it would be wise to join Cyclops in his mutant revolution.

You can pick up issues #1-5 on comic shelves now or buy the first collected volume titled UNCANNY X-MEN: REVOLUTION Volume 1 which contains all of the issues in one shiny ad-free package. 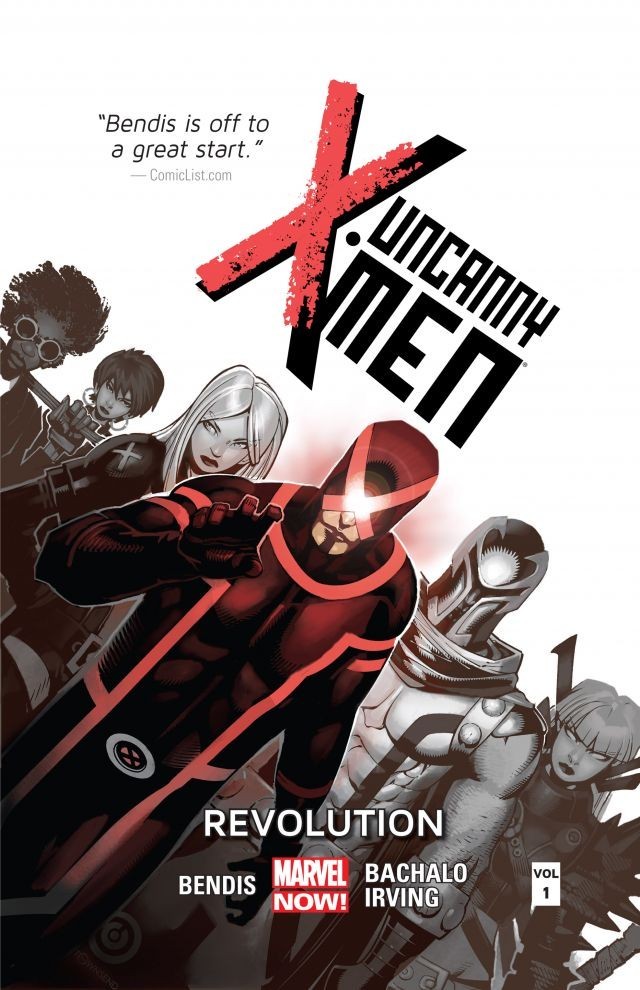 In the San Francisco area looking for your next UNCANNY X-MEN comic book fix? If so, Check out MISSION: COMICS & ART. They’ve got you covered!