Do You Want a BUMBLEBEE Spinoff Movie? 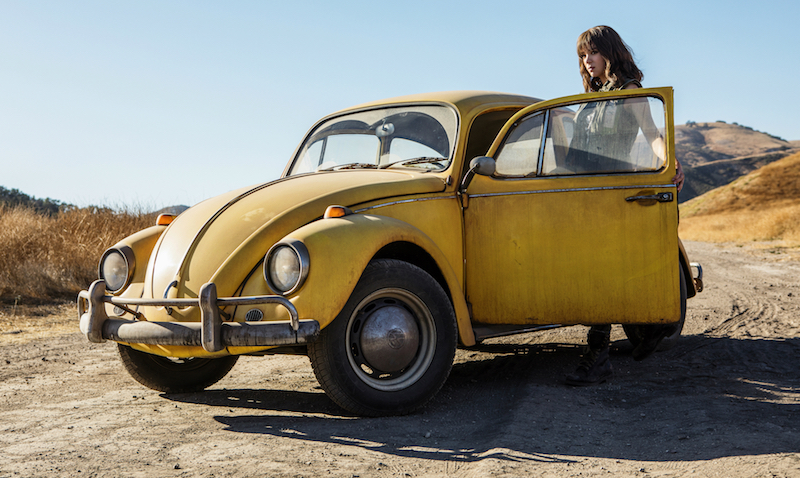 I like robots. I like the 80’s. I like action movies set in the 80’s. So why am I skeptical about the upcoming BUMBLEBEE prequel film?

Here’s my main reservation. BUMBLEBEE is a prequel to the already established TRANSFORMERS series from director Michael Bay. This is a missed opportunity. Now is a perfect time to reboot this franchise and make it more like the original cartoon. Everybody wants to see this happen and everybody knows it. So why make another film set in this same universe? Just start over. And while I’m on the subject, do the same thing to X-MEN, G.I. JOE, and anything affiliated with DC.

And this may surprise you, but that’s really my only major reservation. Everything else going on here actually looks kind of cool. As mentioned, I like that this takes place in the 80’s, and I like that the creators are actually making Bumblebee look more iconic. I dig this old dusty looking VW Beetle. Much cooler than the fast and shiny new models in the previous TRANSFORMERS films. By far.

And while I’m not the typical Michael Bay hater like you most likely are, even I can admit when he’s overstayed his welcome. It’s time for some new blood to get ahold of this franchise. I think director Travis Knight (KUBO AND THE TWO STRINGS) is a fine choice.

Even I’m a little surprised to be excited about a TRANSFORMERS movie again. And while I have one glaring reservation, I’m mostly optimistic about this one. Fingers crossed.