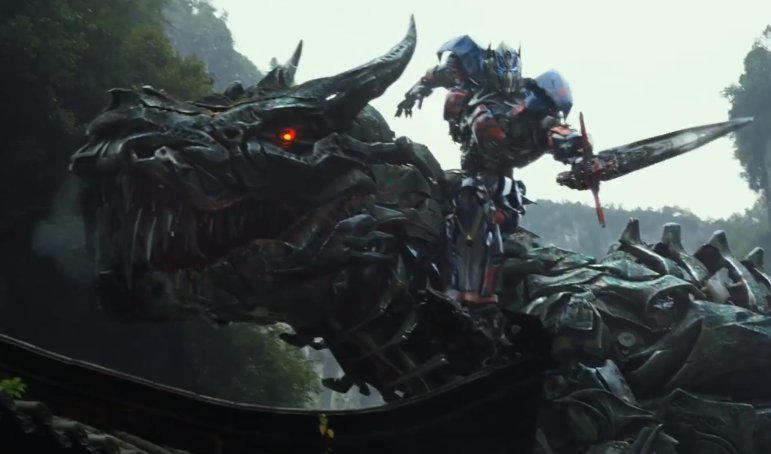 Alright, I should probably have done a “catch-all” post linking and talking about all the big Super Bowl movie trailers. But really, all that matters here was the first real footage from the 4th entry in the “love it or hate it” TRANSFORMERS series called TRANSFORMERS: AGE OF EXTINCTION. Don’t get me wrong, THE AMAZING SPIDER-MAN 2 and CAPTAIN AMERICA: THE WINTER SOLDIER look stunning, but nothing too new was offered here to make me wet grandma’s pants with joy. TRANSFORMERS 4 on the other hand did…sorry Gram Gram. Behold the raw and powerful footage that was displayed below courtesy of MichaelBay.com:

Holy Dinobots Batman!! This was the best 39 seconds I can remember in a long time (insert inappropriate sex-related joke here…predictable)! Alright, so let’s get this straight. This lil’ tease showed us a nice look at some of the new character models we can come to expect, it featured a Shia Labeouf-less (thank the robo gods!) cast including the very capable Mark Wahlberg, and most importantly it featured DINOBOTS!! And if that wasn’t enough, it featured a bad ass Optimus Prime holding a sword riding atop a Dinobot t-rex! If that does not get you excited for this film we simply do not have anything in common. If you have the moxy to just say “meh” or pass this off as stupid, I fear we must have a funeral for your inner child. It has passed.

All that mindless raving aside, this is but a tease for what’s to come. I hope Bay and crew deliver an action-packed and fun sequel to a series that is in need of a fresh start. TRANSFORMERS: AGE OF EXTINCTION looks to be just that.

TRANSFORMERS: AGE OF EXTINCTION rides into theaters atop a t-rex Dinobot June 27th 2014.

Tell us in the comments below if this teaser made you wet Gram Gram’s pants.