Top 5 Most Anticipated Summer Blockbusters of 2011! 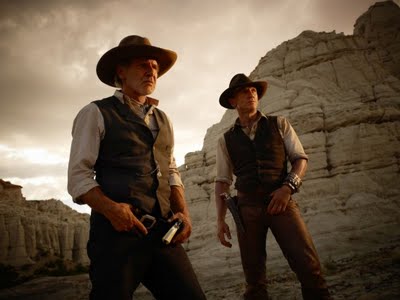 The release of FAST FIVE today marks the beginning of the 2011 summer blockbuster onslaught! While last year was lacking in the blockbuster department, this year promises to make up for that with a ridiculous amount of huge big budget movies sure to please nerds all over the world! Below I have provided a list of my top 5 most anticipated films of the summer season and explain why! 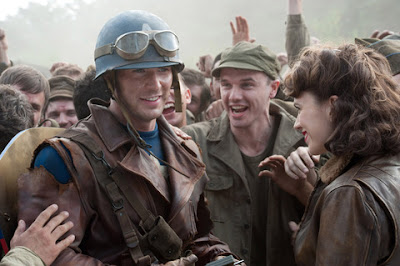 5. CAPTAIN AMERICA: THE FIRST AVENGER
Release Date: July 22nd 2011
Click HERE for the Movie Trailer!
I simply cannot believe how excited I am to be living during a time where the Marvel comic books I read as a kid are being brought to the big screen! Each one of these Marvel movies that come out are a dream come true. I simply can’t get enough of them. Finally seeing Captain America on screen is going to be a nerd dream come true. If the amazing trailers for this one are any indication, we are in for one kick ass summer movie based on one of the most famous super heroes to grace a comic book. And the fact that this movie is a tie in to next summer’s THE AVENGERS (along with IRON MAN, THE INCREDIBLE HULK, IRON MAN 2, and THOR) is something my nerd brain still cannot believe. Now all I need to worry about is finding a way not to piss my pants when I see Captain America kick all kinds of ass in full costume. 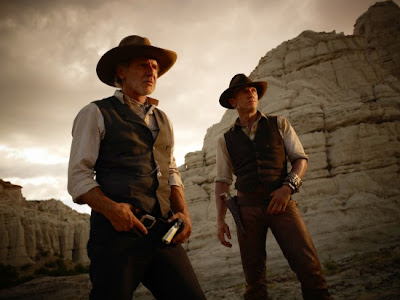 4. COWBOYS & ALIENS
Release Date: July 29th 2011
Click HERE for the Movie Trailer!
I predict that this movie will rock and be a surprise hit during the overcrowded summer season. I think a lot of people expect this movie to be a comedy due to the title, but I assure you this is going to be one seriously bad ass film. Not only is it director Jon Favreau’s next project after the awesome IRON MAN and IRON MAN 2, but it stars Daniel Craig and Harrison Ford, AND it’s about flipping cowboys fighting off an alien invasion! If that is not a sure fire recipe for an instant summer blockbuster I don’t know what is. Get excited for this one folks. It’s going to be one hell of a ride! 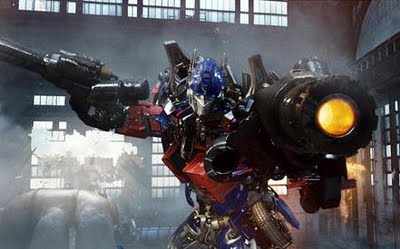 3. TRANSFORMERS: DARK OF THE MOON
Release Date: July 1st 2011
Click HERE for the Movie Trailer!
How could this not be on my list after watching the newest trailer? TRANSFORMERS: DARK OF THE MOON easily makes my top 5 list because it’s a movie about a war between robots fought on Earth directed by the summer blockbuster king Michael Bay! Say anything you want about the past two Transformers movies or Mr. Bay and I guarantee you it will not change the fact that these movies kick all kinds of ass to me! The Transformers movies embody what going to the theatre is all about in the summer time. Drop your brain at the door and prepare for some awesome robot ass kicking in what is to be the end of one amazing action trilogy! 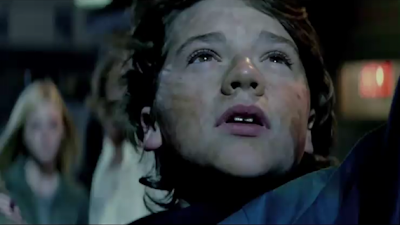 2. SUPER 8
Release Date: June 10th 2011
Click HERE for the Movie Trailer!
I simply adore J.J. Abrams (LOST, STAR TREK) as a director and a true visionary of our time. Anything his name is involved in is simply amazing and I cannot wait to see his latest directorial effort. I am also a sucker for movies with alien or monster plot lines. From what I have seen in the trailer, I can safely predict that SUPER 8 will be an instant classic. Everything from the nostalgic childhood atmosphere, wonderful musical score, intense action set pieces and endearing characters will surely make this one summer movie to remember. I simply cannot wait to see this film. 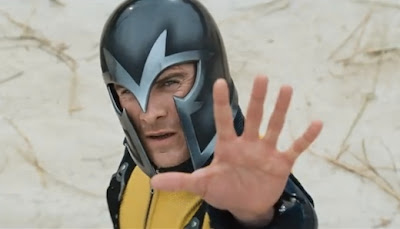 While I do not think X-MEN: FIRST CLASS will be my highest reviewed blockbuster of the year, I am just sick with anticipation for its release. I am a HUGE X-Men nerd and am extremely curious to see how this one pans out. This one is directed by Matthew Vaughn who directed my #1 movie of 2010 KICK-ASS. Seeing an X-Men origin story set in the 1960’s that chronicles the rise and fall of Professor X and Magneto’s relationship AND the beginnings of the X-Men team is something I so desperately want to see. I highly recommend approaching this one as a re-imagining rather than a retelling of the X-Men’s origins in order to have a better, and ultimately more fun experience.

It was hard not to include movies such as THOR and HARRY POTTER AND THE DEATHLY HALLOWS – PART 2 but this is my list and I’m sticking to it! What 5 summer blockbusters of 2011 would make your list!? Sound off in the comments section below!