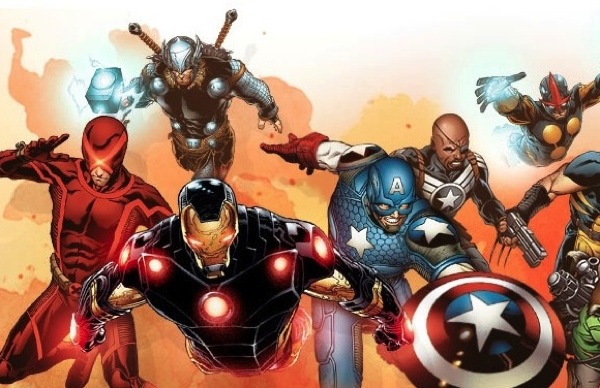 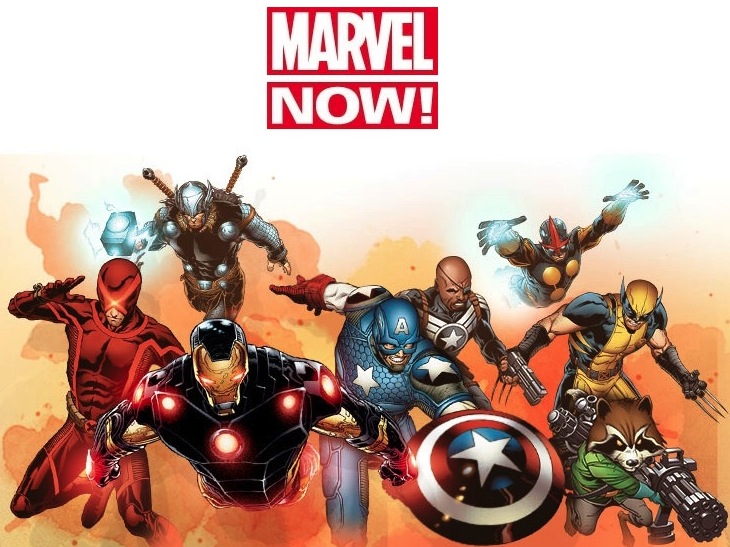 Back in October 0f 2012 Marvel decided it was time to change things up after their AVENGERS VS. X-MEN summer event mini-series. They branded this new vision “MARVEL NOW!” giving readers a new “jumping-on” point offering up a whole new batch of #1 issues to existing titles, the creation of brand new ongoing titles, and featuring a slew of new creative talent in the writing and art department. In short, it was a wonderful way to get new readers and maintain loyal readers. The relaunch was not as drastic as what DC did with their “New 52” reboot, and instead played it safe and focused on what it does best; creating fun and interesting stories featuring our favorite superheroes that anyone can pick up and enjoy without feeling overwhelmed. That said, the MARVEL NOW! relaunch could possibly seem daunting for newcomers (don’t worry so much!) so I decided to break it down and share with you what I thought were the 5 most successful books so far. While I am pretty obsessed with anything X-MEN, I tried to be fair here and recognize the best story arcs and experiences.

5. X-MEN: BATTLE OF THE ATOM 10-Part Miniseries
Trade Paperback featuring all 10 issues due out January 21st 2014

I’m a sucker for X-MEN mini-series’ and events. They are admittedly a guilty pleasure of mine. So when I heard that they were planning a 10-part mini-series combining ALL-NEW X-MEN, UNCANNY X-MEN, WOLVERINE AND THE X-MEN, and the newer all-female X-MEN I was pretty damn excited. The basic premise (sort of) is that the X-Men of the future come to our time to tell the current day X-Men that the X-Men of the past should never have slipped forward in time with Beast (Explained in ALL-NEW X-MEN) Who would live? Who would die? What mysterious characters will show up? Who will go back to their own time? Who will stay? What surprises are in store? Is that another Jean Gr….?  These are all questions that raced through my mind throughout this exciting event. It admittedly started a lot stronger than it finished, but either way, this is one X-MEN story that fans should get their claws on because it’s an absolute (optic!) blast!

Alright. Time to fess up. I’ve never been a fan of THOR comic books. Maybe it’s just because I haven’t really read any in the past. Sure I’ve seen him as a member of THE AVENGERS, but never have I bought a THOR standalone comic book…until now, Marvel now! (I had to). Writer Jason Aaron tells the tale of Thor through the ages featuring a young and naive Thor, the modern day Thor, and a grizzled and battle-hardened Thor of the distant future who are all struggling with a creature known as The God Butcher. A wonderful story ensues complimented highly by some amazing artwork by Esad Ribic and Butch Guice. Trust me folks, if you even have a passing interest in THOR or are just curious about the character in comics, I highly recommend this story arc.

Yet another relaunch for CAPTAIN AMERICA is a good thing for a fan like me. I love him in the Marvel movies, I love him in a few AVENGERS comics, I really liked him in CAPTAIN AMERICA: THE WINTER SOLDIER, and I was looking for a new jumping on point for this hero. Rick Remender gives us a wonderfully self-contained Captain America story where anything goes! By simply throwing Steve Rodgers into another dimension while current time stands still gave this author complete creative freedom…and it worked so well! Not only that, but it’s all drawn by John Romita Jr. who’s style and panel layout fit perfectly with this arc. A lot happens in this book and it almost serves more as a great science fiction story rather than the classic espionage fans are use to for the character. This series is still going strong and I highly recommend catching up with the trades and at least read this “Dimension Z” story arc.

Alright. This is NOT your typical AVENGERS book. Trust me. Pick up this book if you are looking for a more non-traditional AVENGERS title that serves as a hardcore science fiction story. I will even go as far as saying that this book could have featured completely unknown characters and it still would have been fantastic. Instead of relying on the famous cast of heroes, writer Jonathan Hickman let’s his sci-fi freak flag fly and crafts a wonderful story full of its fair share of “wow” moments. Saying anymore would ruin this book. Just go out to your local comic shop and pick up the first trade paper back that features the best issues in this arc.

Now this book is fun. Not as fun as Joss Whedon’s run on ASTONISHING X-MEN mind you, but damn fun all on its own. Set directly after the events of AVENGERS VS. X-MEN, we join the X-Men as Beast decides to go back in time and bring back the original 5 X-Men (Cyclops, Marvel Girl, Beast, Ice Man, Angel) with the hope to show Cyclops that he needs to calm down already. Beast’s motives don’t really make much sense and it is arguably the dumbest thing he has ever done, but it makes for a helluva fun X-Men story. Seeing the X-Men of yesteryear in the current timeline is an absolute blast (young Jean Grey and Cyclops!). Like most stories dealing with time travel, it does not make much sense, but you will be having so much fun you won’t care. Definitely the most fun I’ve had with an X-Men book in a long time.

So there you have it. My top 5 picks for the best MARVEL NOW! stories so far. Keep in mind there are a whole slew of other titles worth checking out and most are already in trade paperback form. So my advice to you is to get your happy ass off that couch, burn some of that holiday chub, and head on over to your local comic book retailer to dive into Marvel’s latest and greatest! Happy reading!

In the San Francisco area looking for your next MARVEL NOW! comic book fix? If so, Check out MISSION: COMICS & ART. They’ve got you covered!