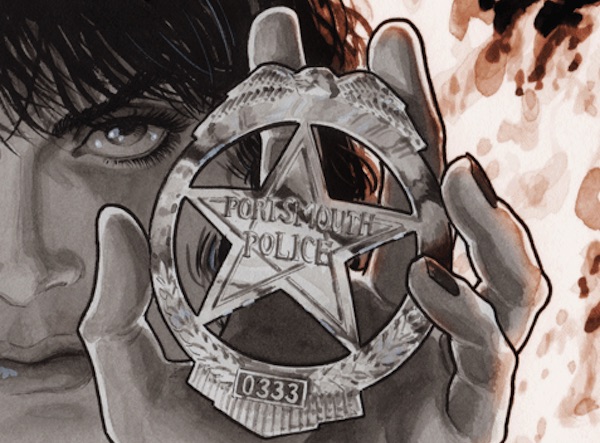 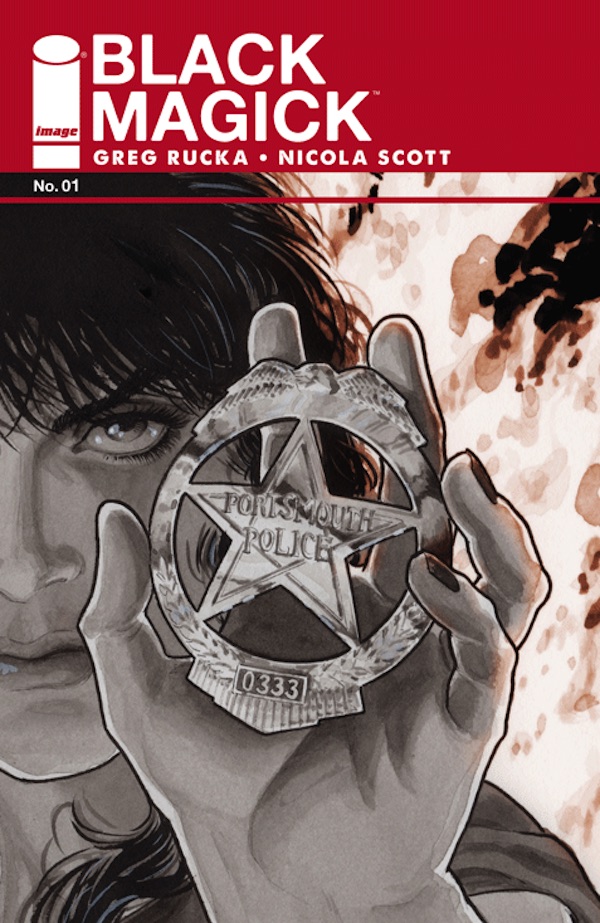 It’s a Greg Rucka kinda month with his first book on the list BLACK MAGICK #1. It can be quickly described as a story about a tough as nails detective who just happens to be a badass Witch. Multitalented lady. The second you crack this book open Nicola Scott’s art will mesmerize you pulling you into the deeply engrossing universe Rucka has crafted (see what I did there). Aw man, everything about this book is just perfect. A strong female lead, stunning art, a set up for what is sure to be one hell of a story arc, and the final few pages will have you rushing to lookup when issue #2 lands (probably by the time you read this!). Do yourself a damn favor and pick up this amazing book and thank me later. 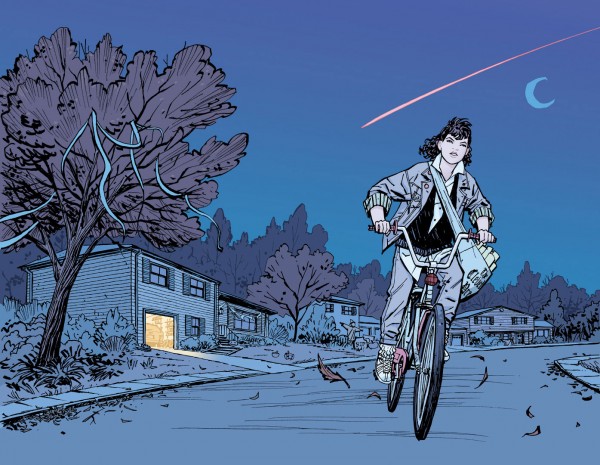 What a pleasant surprise. Out of left field comes a little new ongoing series from Brian K. Vaughn called PAPER GIRLS. It’s about…erg…well Paper Girls. You’ve heard of Paper Boys right!? Well it’s like that but the opposite. Ok, if this was just a book about a gaggle of gals throwing papers it would be pretty boring. There is oh so much more to this book. It feels like that perfect 80’s movie you loved as a kid. There are many twists and turns throughout this #1 that may have you wondering what the hell is going on. The fact is, the characters are extremely likable and dynamic, the story is mysterious and unpredictable, and Chiang’s art is a perfect fit to the story being told here. Definitely worth adding to your pull list. Can’t wait to see where it’s all going. 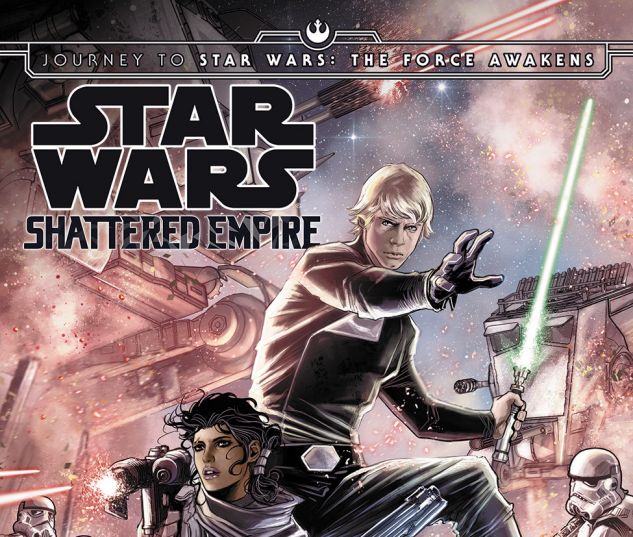 Another Greg Rucka book on a Top 5 list!? You betcha! I’ll spare you the relentless Star Wars puns that most reviewers just can’t stay away from. Put simply, if you just can’t scratch that “holy crap THE FORCE AWAKENS will be here in less than a month” itch, I highly recommend reading the 4-issue SHATTERED EMPIRE mini-series leading up to AWAKENS. We get to visit iconic heroes from everyone’s favorite trilogy right after the battle of Endor, meet some new key players that may have some connections with upcoming characters, and get a little bit of insight where everything is headed into the future. No big questions were answered, and no big saga-changing events occur, but this is a damn fine mini-series that will keep that grumble from your tumble until your happy ass is sitting in theaters come December 18th. See no puns, that was pleasant wasn’t it. 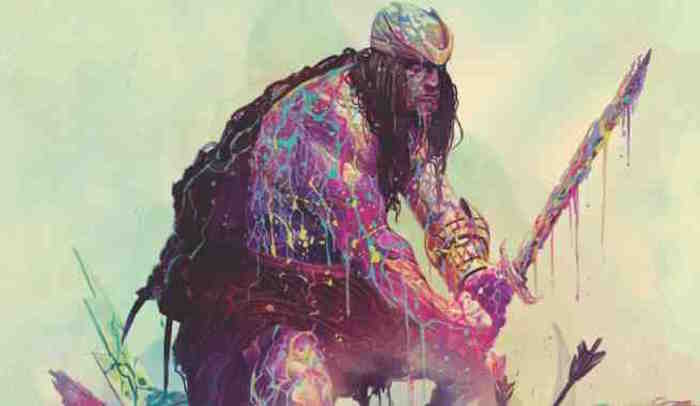 Anyone who reads my Top 5 list’s knows that I adore Jason Aaron’s WEIRDWORLD mini series that sprung out of the events from the super confusing SECRET WARS event that has gone on way too long. Issue #5 brings the arc to a climax in astonishing form. Everything before has lead to this point and it all pays off in the end making this easily one of the most enjoyable SECRET WARS spin-off books even though it really doesn’t have to do with anything. It’s perfectly fine as a stand alone read and no previous Marvel knowledge is necessary. And Mike Del Mundo nails every single page giving us an extremely beautiful book complimenting an extremely fun and creative story. Highly recommended. And if you missed out, be sure to pick up the collected volume when it hits gearing up for more WEIRDWORLD books in the near future. Count me in! 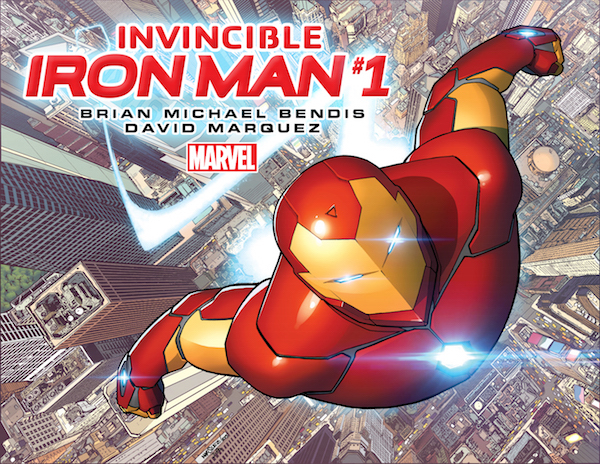 If you are confused that a crap ton of post SECRET WARS books are hitting the shelves before SECRET WARS is even over…join the damn club. Marvel really dropped the ball here by delaying the end of their universe-shattering SECRET WARS event and extending the 8-part mini-series into a 9-part mini-series for some reason. Bah, my advice, just don’t think about it and approach each new book as it comes with an open mind. Out of all these book, I have to say Bendis’ INVINCIBLE IRON MAN is pretty great. We get introduced to a very non-Downey Tony Stark (finally!) and are thrust into this new Marvel landscape with little explanation. And it all just works. If you like Iron Man, you will love this book. The action picks up right away, the new suit of armor is fantastic, and the last page of issue #1 will have you begging for more. And Marquez’s art is top notch delivering some stunning panels and intense action. This is a wonderful new Marvel ongoing series that anyone can feel safe jumping into.